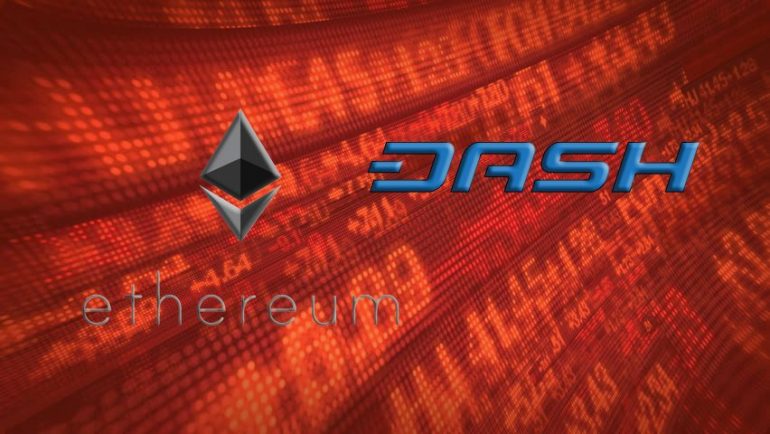 As we are in the post-crash time period after the regulation news, cryptocurrencies (mostly the top-ten) could not successfully close above important psychological mark. After losing their steam and breaking lower supports now its time for recovery.

Ethereum Against the US Dollar – ETH/USD

A very important supporting level of $275 was cleared yesterday and the Ethereum price paired with USD as low as $252.03, while against the BTC market the range is very close and there could be a big change incoming. 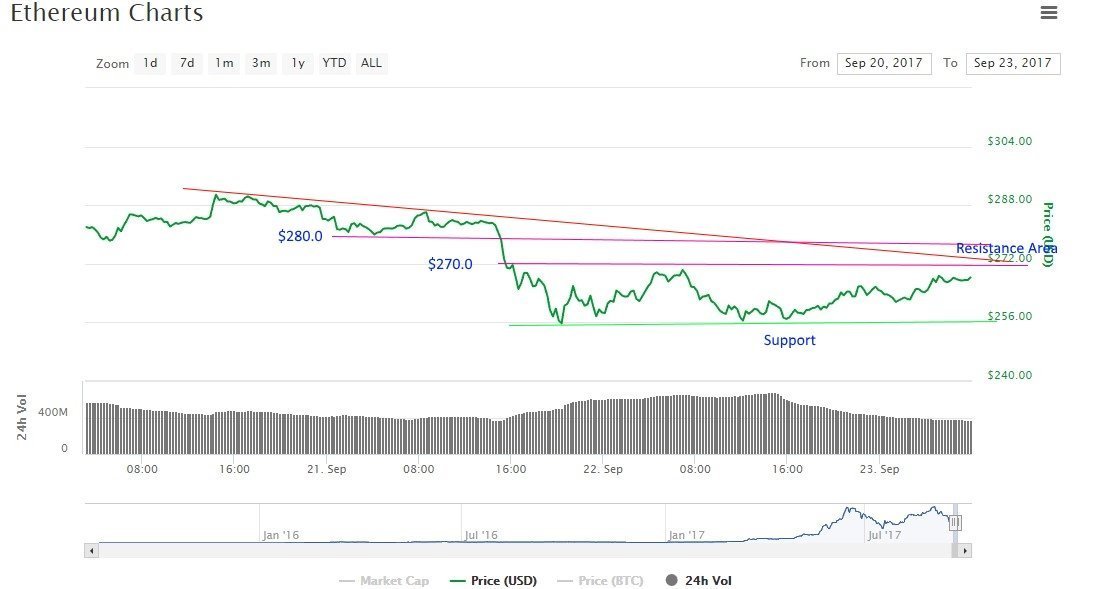 A supportive ground has been formed on the hourly chart of ETH/USD just above the $250 level. On the same chart at the level of 38.2% Fib retracement mark of the last declining flow from $293.52 to $252.03 the trading value is meeting sellers. On the other hand on the hourly chart too a bearish trend is formed close to the $270 mark.

The main resistance for now is $273.00 level which is positioned at the 50% Fib Ret of the above mentioned wave.

In the case that Ethereum price continues over $270 and $273, on the 4-hourly chart of ETH/USD a very important long-ongoing bearish trend has been formed with resistance at $280.

Dash Against the US Dollar – DASH/USD

On Sep 21 DASH despite the general market loss that was being experienced had a counter movement as it did reach $370.00 for the first time in two weeks. 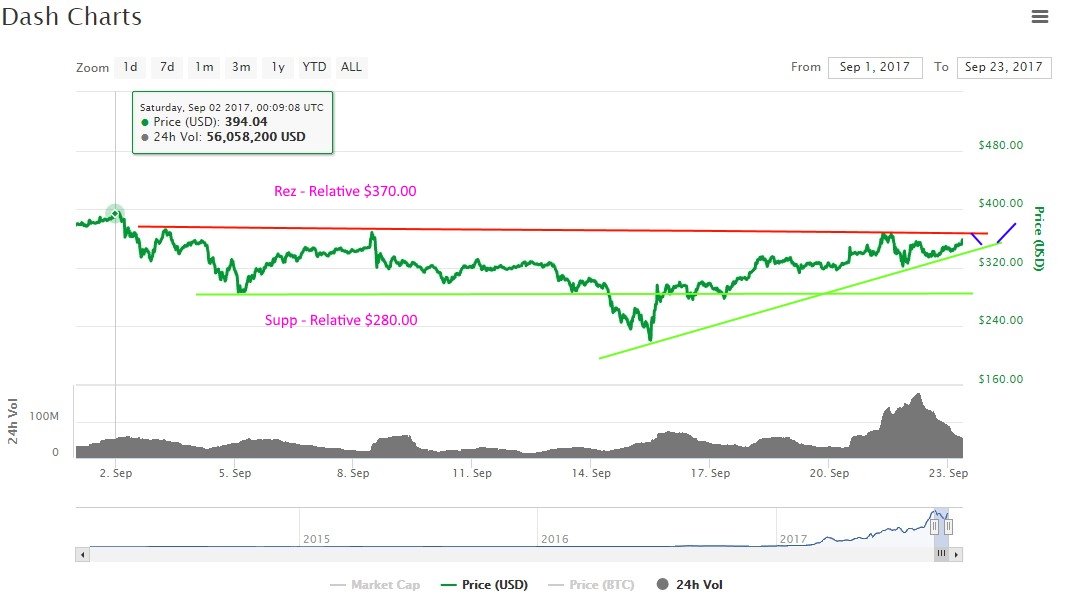 On a long running price development, major resistances will be faced at $360-$370 as the the DASH/USD could not close above the particular level almost never and did attempt many times to do so.

Trading ground as a support is formed at the $280.00 level which will not let any major decrease lower than that mark in the case of a crash but for the near term important stability support is seen at $340.

As the price Broke already the $360 mark it could have opened doors for further gains, lets wait and see what the market has to offer.