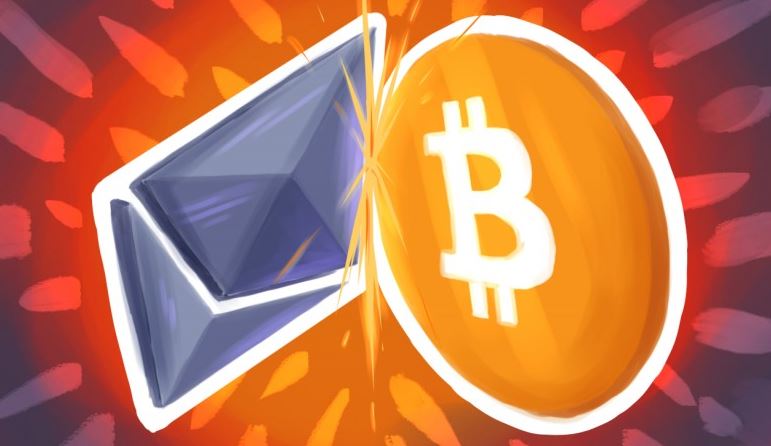 It has been almost a month since Ethereum [ETH] price has seen the $500.00 level for the last time. However, since Thursday April 12, are reversing majorly in price with double digit gains in a weekly bases – ETH +30.00% in the last 7 days. 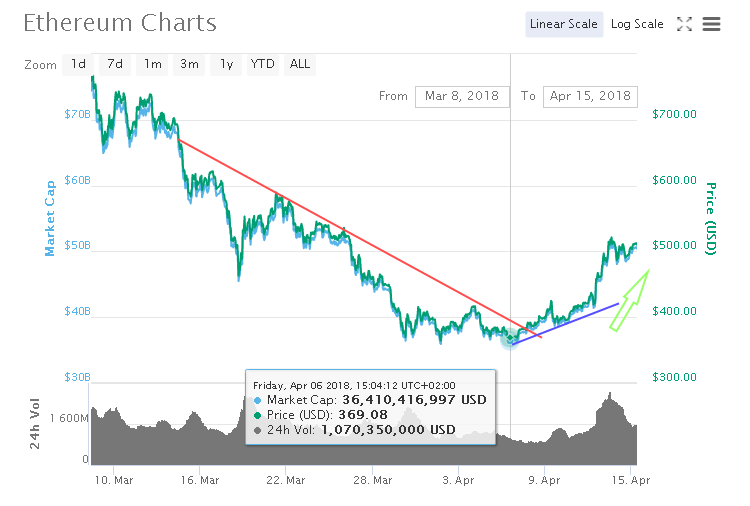 To reach today’s trading ground, the pair ETH/USD failed once on April 12 but the achieved supports of $480.00 did hold steady and made sure in any moment the important $500.00 will be broken.

As the value has overextended from the bullish trend line on the 4-hours chart at $460.00, there could be a backtrack but as long as it stays above the level we can see the continuation of this nice uptrend and it could even test the $575.00 in the very near term.

On the upside, the price must break the recent high at $530 to start a fresh upside wave. The next hurdles on the upside above $530 is close to the $575 level.

The Bitcoin price has fallen by roughly $100, but this isn’t necessarily something to fear or a sign of another impending bear run. The currency has spiked by approximately $1,200 since mid-week, jumping from $6,900 to $8,100 in just under 48 hours, and a small drop in the records isn’t something to get one’s hat in a twist.

Many do believe that with the start of the second quarter bulls are in line to take helm and lead the show. one of them that supports the idea strongly is Tim Draper, who recently stated that he believes bitcoin could reach a quarter of a million dollars by the year 2022.

“I’m thinking $250,000 a bitcoin by 2022,” he recently exclaimed to an enthusiastic crowd outside Draper University in California. “Believe it, it’s going to happen. You heard it here first. They’re going to think you’re crazy, but believe it. It’s happening. It’s going to be awesome.”

CEO of cryptocurrency investment platform Atlas Quantum – Rodrigo Marques, does also support the bullish wave of feels as he suggest that the last months were preparations for BTC and the following coins to come back even stronger:

“Bitcoin deflationary characteristics are an indication that in the long run, the market is bullish. We believe the price could be set to go up and has the potential to reach December 2017 levels again.”