Ethereum Follows Bitcoin: Past $300 on Sep 27 – Will the Recovery Rally Keep Steam? 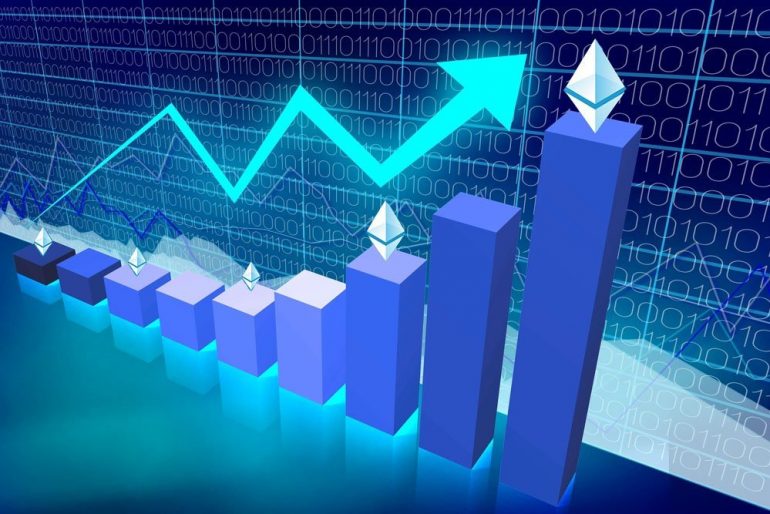 Sep 27 – Ethereum price against the US Dollar just cleared the $300 mark as a increasing momentum has taken upwards the top-ten leading cryptocurrencies in the same time.

A change every-minute in price can be noticed as the trading volume is surging and selling resistance is met whenever the value against the US Dollar is climbing over $300. 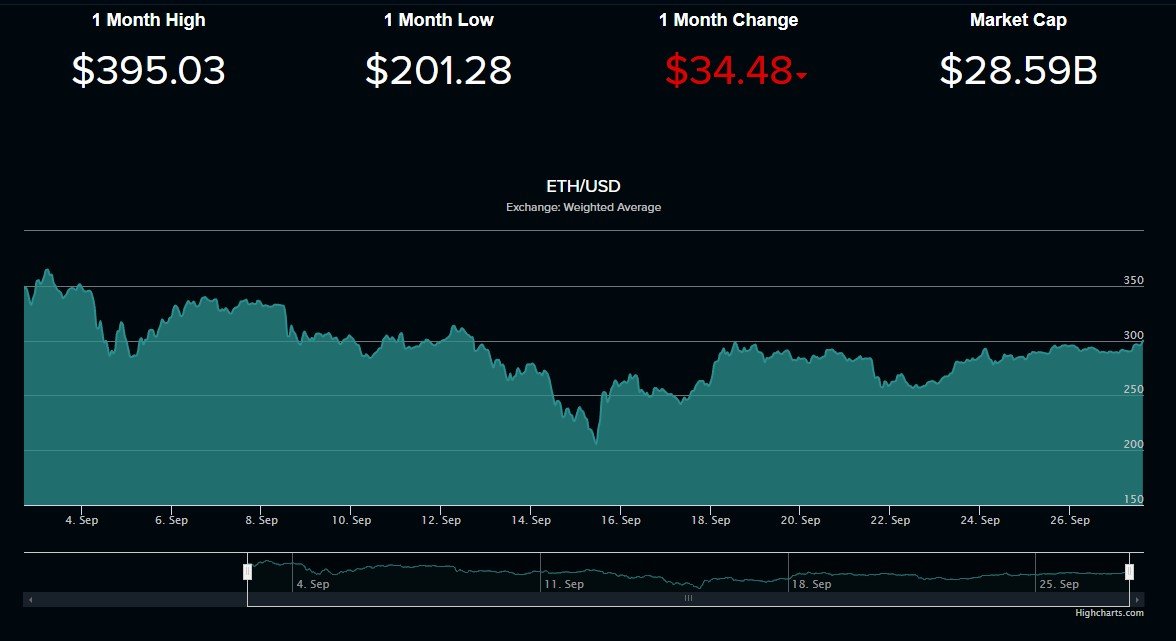 In the last 24-hours a gain of 3.20% has being seen as a change on the market while the value where fluctuating just below the major marks for days now past-cryptocurrency crackdown by the regulations.

However, if it does not close successfully above the psychological important mark, sellers will take control of the market and tank it downwards below the reached levels. In the mentioned case, if supports are cleared they will turn into resistance for the next re-testing session.

As the virtual currency prices could be consider very alike to those of commodities, Bitcoin’s upward climb in a couple of minutes today was in a speedy movement reflected to the following cryptocurrencies as Ethereum, Ripple and so on.

The ICO and Exchanges ban by the Chinese official by many are not considered to be of a long-term negative impact on the market as Charlie Shrem the Bitcoin Pioneer explained. Shrem commented on the event as that this will only weaken the Chinese crypto-market relevance on the global scale as the system is on a recovery and restructuring phase.

“This China FUD is playing on all your fear, uncertainty and doubt. China has no real effect on the future of bitcoin. Bitcoin is about censorship free and an alternative non govt controlled financial system. China’s relevancy is diminishing by the day. They overplayed their hand and there is a reason they are being ambiguous. The only power they have over bitcoin is the power you give them. Bitcoin puts a financial system back in our control.”

Many countries like Japan, South Korea or the US have benefited as their trading volume grew while the Chinese dropped behind SK.