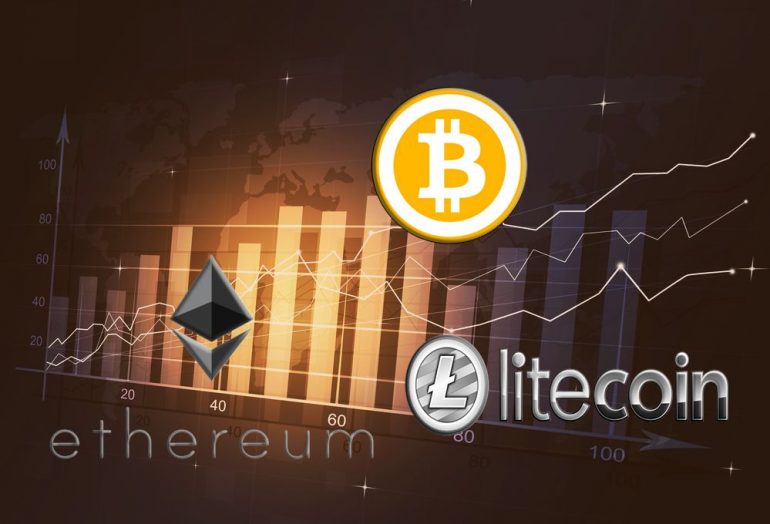 Despite any technical analysis or possible-outcome idea, the control of the market right now is on the hands of the news-drifted momentum.

Fear and panic struck the market as information was spreading about exchanges shutting down. Sellers took major movement at hand tanking with all they got the crypto-prices where buyers afterwards did gain from the dip buying on important opportunities.

Bitcoin Against the US Dollar – BTC/USD

Keeping in mind that the volatility is very high, the uptrend line has been targeted while finding more peaceful trading ground. This could for now indicate a bearish upcoming trend but as mentioned above the major effect on the market will be the news-factor so lookout for them as much as you can and not the technical analysis. 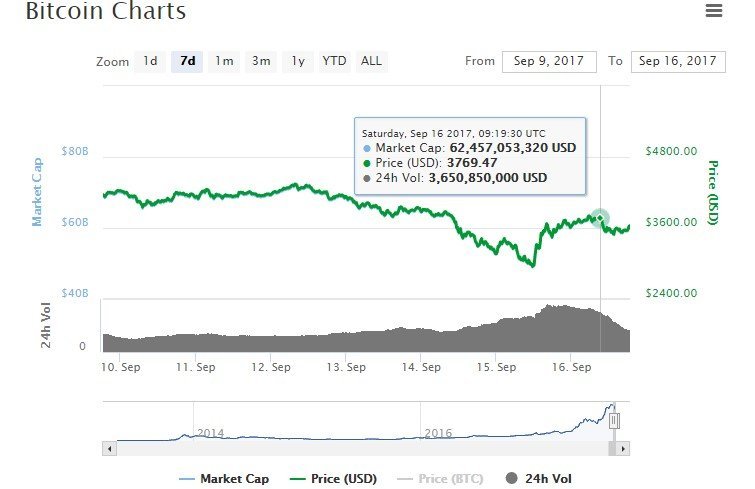 Noted out in the morning price related press, after reaching the major resistance of $3.800, which recovery did follow up the first test of the important supporting level of $3,000 – the pair could possibly (on a bearish) trend again retest the same support. Right now it has declined at $3640.46 which concludes a very volatile market even on a daily understanding.

On the upside, if there is a possible surge above the $4,000 level, and successful close then it could mean new pattern formation for an upcoming uptrend. In any event, take notice of the news as they do not look so optimistic for now on Bitcoin.

There we have on a very positive note on the longer term of Bitcoin: Simon Dixon – investment Banker and author of “Bank to the Future” that tweeted:

They tried to copy it, fork it, ban it, clone it, ridicule it, launch at it, discredit it and kill it and yet #Bitcoin is still sound money. pic.twitter.com/vfedNBUxAc

Ethereum Against the US Dollar – ETH/USD

Ethereum as second in place based on market capitalization, is also included on the very volatile market right now.

On the same understanding like Bitcoin and also right predicted on the morning press, Ethereum met resistances before even closing in at the particular $280 while the highest point for today was around $262.54. This does not mean there are no other attempts left for now, but after that a retest of the supporting zone at $200 will play a major important role if it happens.

On the longer term investors, it is looking quite more optimistic. ETH will be having great news upcoming end of September and next month. the ERC-20 projects are as one becoming an industry and the number of Ethereum ICO-s is growing.

Litecoin Against the US Dollar – LTC/USD

For quite some time after the major rally on Sep 2 reaching the highest point record, Litecoin was acting as the strongest and most stable out of the top-crypto prices while range bounding between $60 and $70 levels. The particular surge started in April which has been broken down on the news and reports spreading out.

The recovery for the moment has been slowed down and entered a could be bearish-trend otherwise a very near-term test of the $60 resistance level will be coming most likely.  It’s an atypical situation, but right now the uptrend dynamic level will be good support for LTC.

When it comes to news related to LTC there is a bright future thanking the creator of Litecoin – Charlie Lee. Lightning network is already being tested and the daily usefulness of the Silver coin is something to look forward into it.