Ethereum Making Investors Happy: Flies Past and Over the $400 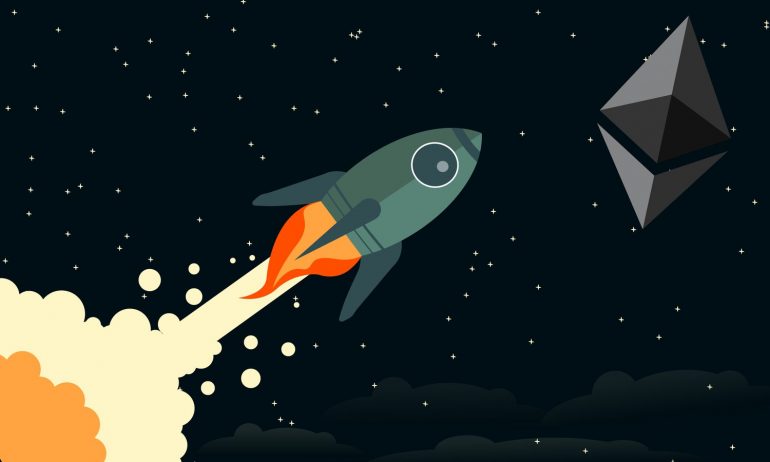 One change of events has come on our doorstep after a long wait. The value of Ether [ETH] – the digital token that ‘represents’ the price of Ethereum blockchain set a very strong and much welcomed record high since its debut couple of years ago. [Since January – indicating a 5,000%] 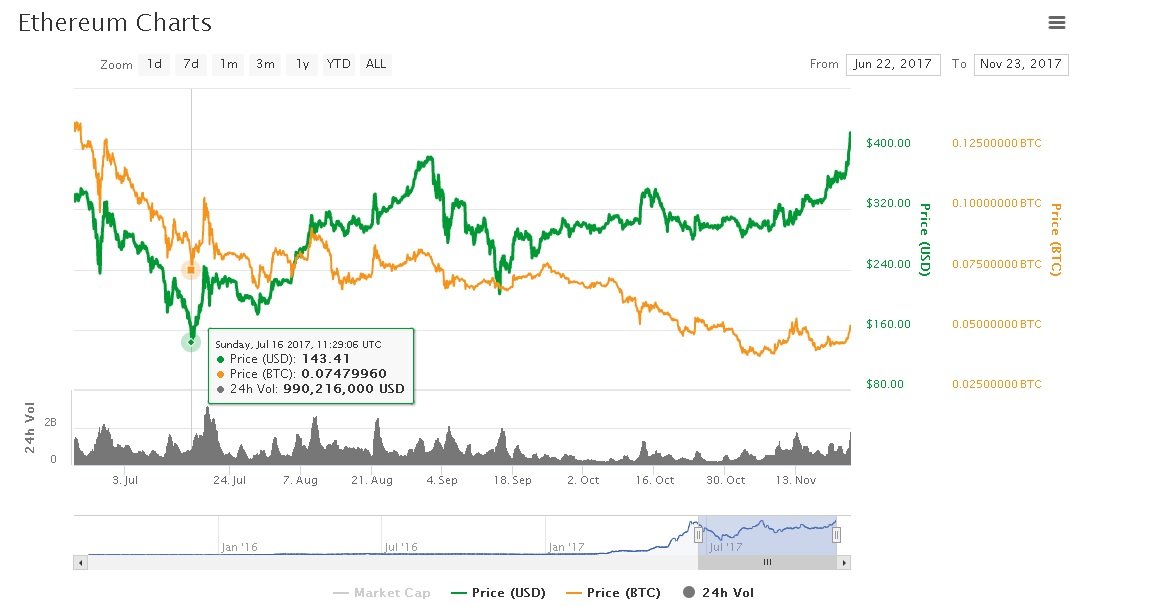 In under 24-hours, the pair of ETH/USD has reached the level of $419.80 with 14.01 percent gain. All the ether in circulation is now worth $40 billion, compared with bitcoin’s $137 billion. The mentioned market cap also represent a new territory for the second cryptocurrency leading the pack right now.

As ever, the question that arises about the soaring ether price is: Why? One clue may be in a chart that has started circulating among cryptocurrency traders. It compares the number of ethereum transactions against other cryptocurrencies, with ethereum’s 534,000 transactions over the past day accounting for over 50% of all cryptocurrency trades. This suggests traction among users, which in turn suggests the demand for ether is on the rise. 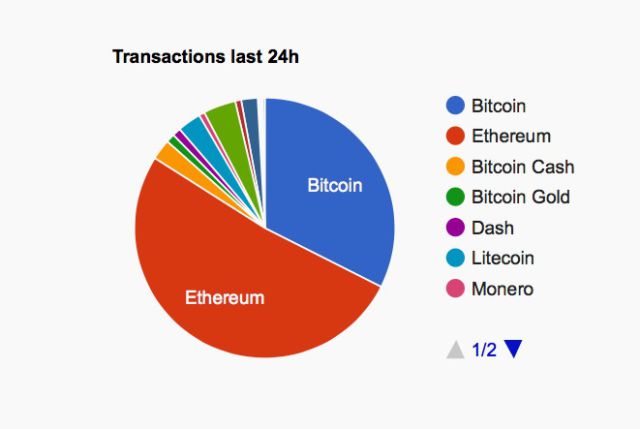 The above mentioned factor in the price ‘moon landing’ could be just a minor effecting piece as the pushing up catalyst of the surge [especially in the cryptocurrency market] will remain mostly mysterious to exactly know.