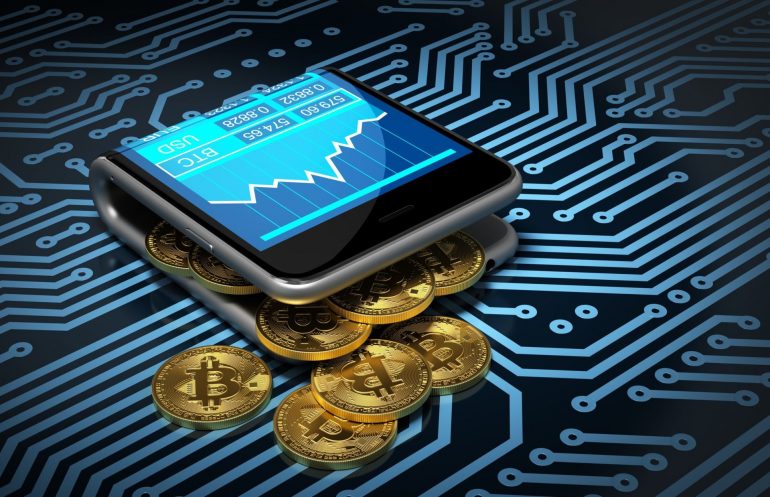 The skyrocketing price surges of over-all the complete top-ten cryptocurrencies (based on market cap) list was followed with a declining crash in a couple of hours sell off, which continued even yesterday Sep 4.

On Sep 5 it was not looking any better in the morning, because of the sellers trying to get at least some profit out of the gains that the virtual currencies experienced. However things changed now as all are showing price increases against the US Dollar, some even double digits.

The above mentioned sell-off ($1.6 billion in a couple of hours) was triggered mostly out of the Group Leader – Bitcoin, that went over and past the $5,000 major psychological mark. The loss in the previous days was in the same and similar pattern for all cryptocurrencies if you look at the charts from a viewers standpoint. 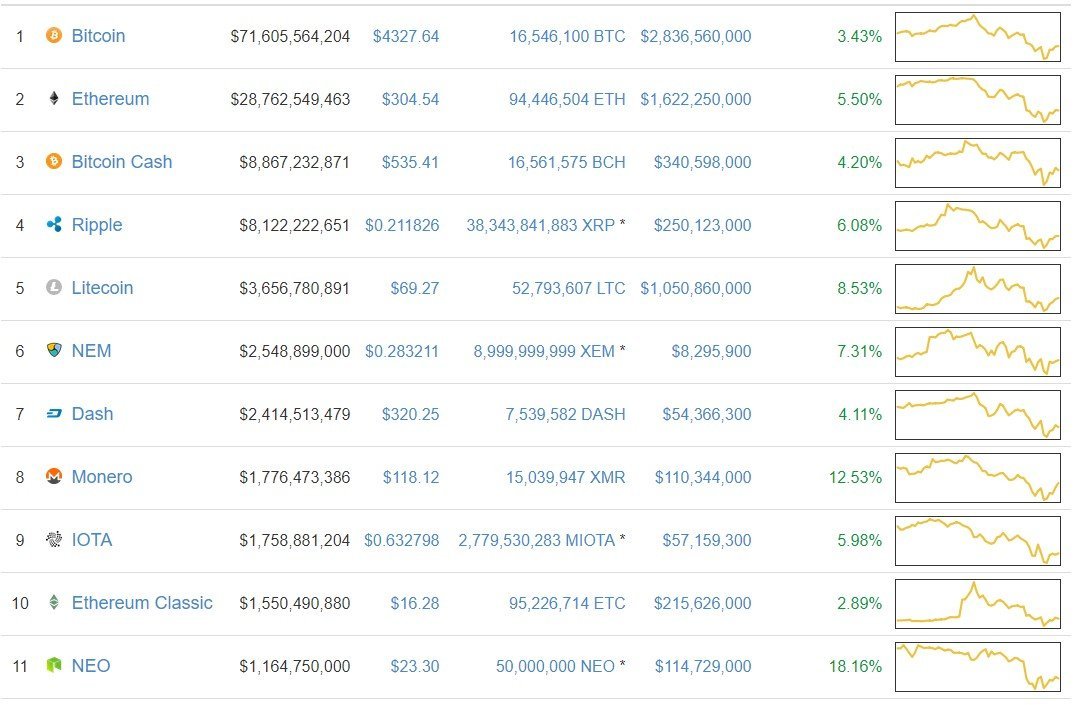 The correction and descending pattern was pushed even further with China’s ICO Regulation (especially Ethereum) which helped the selling pressure tanking the buyers from hoisting the value against the USD again up.

Very worth to mention is Bitcoins luck and major supportive mark of $4,000 holding the price above the psychological level even after losing approx $1,000 in price in two days. Even the market cap did touch the $69 billion mark but now is climbing back again at $71 bln for the moment while trading at $4327.64.

Ethereum holders and traders should have noticed that today the ETH/USD went low as $268, which has not happened for a complete month now since Aug 6. That indicates a monthly long setup for a significant gain as it did reaching the $390 mark. Now recovery is up ahead which in the worst case could be very momentarily.

The Silver Crypto – Litecoin did break sharply lower than the $60 ($58-$59) mark signaling continuation of the downward flow, but the market and community performed otherwise taking chance of the dip and getting the best of it – Buying In. In the morning there was a 6% lose in the last 24-hours, however now there is a close to 6% gain for the last day adding up even on the market cap for more than half a billion. Now it is trading at around $70 with Bithumb as an exchange platform leading on trading volume including 30% of the total daily currency pairing.

NEO (formerly “Antshares) or dubbed as Ethereum of China, has a double digit gain of 13.64%, as do OmiseGo, Bitconnect and many other well known digital currencies.

On the bad side, this could be just a temporary boost of price because of short-term trading to buy in on the lowest could-be point and sell later, while its recommended to keep in mind we are still correcting and nowhere near the last highest marks that the prices against US dollar have hit, knowing that there are the major resistances awaiting the pair.