Who ‘Forks’ Better – Ethereum or Bitcoin 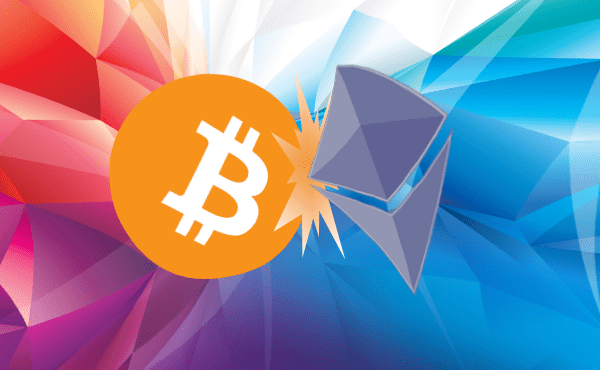 The ‘Golden Coin – Bitcoin’ Not so Special on its Forks

Today’s fork created Bitcoin Gold. A couple of months back there was a fork that led to the creation of Bitcoin Cash. Again in November, there is going to be another fork to Segwit2x. Many more forks can happen down the road -each claiming to have a new variation of the Bitcoin blockchain. Afterall, bitcoin’s source code is open source, and so is the blockchain accessible to all participants. If a group of people decides to host nodes with a particular version of the BTC code software with a particular change in the code (or logic) and start mining their own blocks a new chain is created.

Following that, the next quest would be to pin-point down which is the real original Bitcoin fork. Lately a few BTC millionaires – early adopting investors commented and claimed that BCH – Bitcoin Cash is the original one and they would do their best when it comes for its rebranding.

A very ‘wild west’ situation that has been going on in the crypto-finance for some time now where there are many versions from the same blockchain that can be functioning and existing independent from each other.

Time series Price correlations between BCH and BTC has been < 0.6 from the moment Bitcoin Cash was created.

Every exchange that supports Bitcoin will at the time of the fork have to decide either support or to not support the fork. This is tedious work, to ensure that wallets of all users now access the corresponding keys on different blockchains to reflect the right balances. For exchanges with millions of users like CoinBase, Kraken, etc. it truly is a huge software update challenge.

On a direct comparison to Bitcoin’s forking issues, Ethereum’s late HF towards the Byzantium update did not give birth to a new chain nor another token-variant of Ether. Ethereum’s ecosystem even that it is similar and resembles in some ways Bitcoin’s network, it rallies on Vitalik and its Foundation’s recommended and proposed changes.

This only makes it a wonderful version and model for a larger scalable open source system as it i step-by-step moving towards a self-regulated environment in which a center core team takes decision for the roadman and what other feature are to be pulled out on the table. The entire community of nodes, miners, and developers rally behind the fork and adopt the fork almost instantaneously.