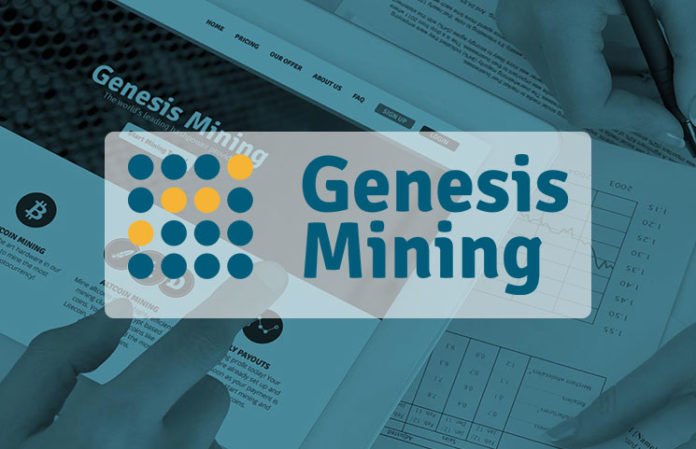 Have an interest in mining Bitcoin, but don’t know where to start?

You’re not alone, and Genesis Mining has the solution for aspiring miners just like yourself. Last week, the industrial scale miner announced the return of their massively popular Bitcoin cloud mining contracts, which allow customers to remotely purchase access to some of the world’s most sophisticated mining hardware and algorithms.

Miners don’t need to be math wizards, IT geeks, or cryptocurrency aficionados to be granted access to Genesis’ massive store of mining technology. All that is needed is ambition to begin or continue mining, the ability to discern which amount of hashpower best suits your needs and budget, and a few bucks to fulfill the terms of the deal. Considering that Genesis Mining is the industry leader—and world leader, for that matter—in cloud mining services, the opportunity is one to be carefully considered.

If the last go-round of Genesis’ Bitcoin mining contracts is any indicator, the (virtual) queues for these contracts will be quite long. So if you are going to have a shot at this year’s lot, it’s going to take a Black Friday-level of commitment. The last round of Bitcoin mining contracts lasted no more than 72 hours. Considering Genesis Mining’s 2 million-plus person customer base, it’s unlikely that this batch will last much longer.

Commenting on the relaunch, Genesis Mining CEO Marco Streng said, “Last year we simply found ourselves in a situation where the demand was simply greater than the supply we had available at that time. Over the past six months, we’ve dedicated significant resources to expanding our operations and developing our new GM Radiant Technology which will give us the highest level of efficiency we’ve ever had”

And for those with security concerns, there’s no reason to worry. Although fraud is a problem in the cryptocurrency marketplace, Genesis has earned a squeaky-clean reputation. Though many have offered counsel on how to avoid being defrauded by Bitcoin miners, one of the surest-fire methods for getting returns on your mining investment is to go with the most popular, reputable name in the business. As Bitcoin and broader cryptocurrency mining industries become increasingly populated by individual miners and farming conglomerates—some reputable, some not—known quantities like Genesis only increase in value.

Knowing whose hardware you are using, knowing that the hardware actually exists—in Genesis’ case, it definitely does—and knowing that you aren’t handing your funds over to the equivalent of a highway robber is invaluable. So, if you’ve made the commitment to yourself to get in on the ever-popular Bitcoin mining wave, consider that a contract issued via Genesis Mining may not only be the safe bet, but also the potentially lucrative one.

While the contracts are available now, history has proven that it’s unlikely they will be on the market for much longer. Get up, get out, and get started mining today.