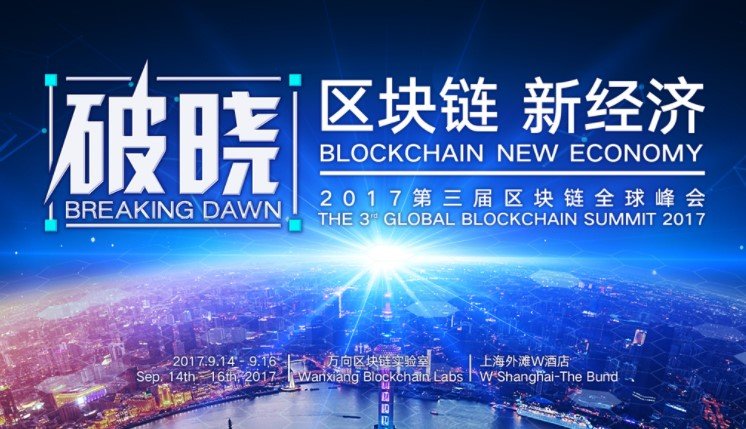 If anybody reading this is attending The Third Global Blockhain Summit that will take place in Shangahi September 14-16, you will have a chance of meeting Vitalik Buterin or Nick Szabo.

Run by the Chinese business Network – Wanxiang Blockchain Labs is the third in a row gathering per year of that certain event.

A major note speech will be delivered by the Chief Scientist V. Buterin, that would be proportionally with his previous two appearances in the 2015 and 2016 Summits.

“With 1,200 participants including investors and Blockchain significant players (from) [around] the world, we have reason to believe that [the Summit will] open a door for those Blockchain companies and teams who want to enter the (Chinese) market,” an accompanying press release about the event states.

Patric Byrne – Overstock Ceo and EOS CTO Daniel Larimer together with Buterin and Szabo will be included.

Approximately a month after the event of the same-named similar event that took place in Shanghai, the above mentioned blockchain gathering will be held. The last event was unexpectedly inspected in surprise by law enforcements.

“The spot-check resulted in the formal investigation of a company under suspicion of pyramid selling,” LakeBanker, reported in a subsequent blog post.

“Such action is likely to stoke fears of impending crackdowns or other Draconian measures targeted at cryptocurrencies, Blockchain technology and financial innovation in China.”

The specific measures could be (as rumored) rough and harsh as a death penalty in different unauthorized investment situations. But, there is confidence within Wanxiang that the meeting and event will be a success.

A separate start-up innovation competition dubbed ‘Demo Day’ will kick off the three-day Summit, with teams in line to win up to $10,000.