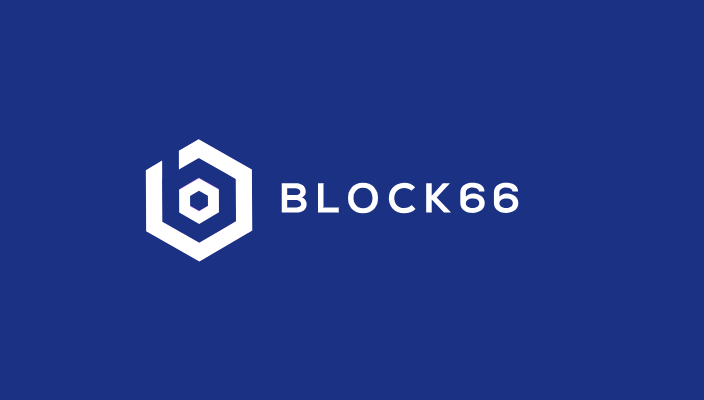 How Block66 Plans to Use Blockchain to Reduce Mortgage Fraud

Mortgage fraud isn’t the sexiest of topics. At least, not until an economy-rocking disaster tied to irresponsible and borderline illegal lending practices—à la the 2008 financial crisis—makes mortgage-backed securities the word of the week.

For those who don’t work in the real estate lending sector, the prevalence and consequences of mortgage fraud may be understandably staggering. But harsh penalties for mortgage fraud exist for good reason—the problem is rampant, and the ramifications of widespread mortgage fraud can be destructive on many levels. Mortgage and real estate-related fraud can carry penalties of over 100 years in prison depending on their severity, and enforcement has only become stricter in the wake of the 2008 crash, which made questionable and downright illegal mortgage practices a poster child for white-collar crime.

A problem that keeps getting worse

Mortgage fraud has always been prevalent, as the housing market represents a bountiful feeding ground for the criminally opportunistic. But by any measure, mortgage fraud is back on the rise. And according to CoreLogic, the rise in applications displaying mortgage fraud are likely to be a continuing trend.

“This past year we saw a relatively large increase in the CoreLogic National Mortgage Application Fraud Index. If factors that influenced the increase continue, including a shift to purchase transactions and growing wholesale channel origination activity, it is likely that mortgage application fraud risk will continue to rise as well,” said Bridget Berg, Principal of Fraud Solutions Strategy at CoreLogic.

Despite the persistence of chronic mortgage fraud in the face of potential prison time, a thoughtful, effective solution has yet to be implemented. However, left up to Block66, the blockchain would serve as the basis for a solution to root out mortgage fraud once and for all—or to whatever extent possible.

Block66 recently announced the creation of a platform that aims to reduce mortgage fraud by imbuing the mortgage origination process with a heavy dose of transparency and tamper-proofing controls. Block66’s blockchain technology will play the role of a mortgage hub, functioning as a one-stop shop where borrowers’ pay stubs, financial information, tax documents, and personal identifiers can be accessed by parties who require them. By deriving these documents from their original sources and storing them on the blockchain, the platform will represent an immutable, trustworthy, and interoperable resource that is far less vulnerable to fraudulent actors.

“We created Block66 to offer new opportunities for borrowers and end the time-consuming and paper-driven processes in the mortgage industry,” said Joe Markham, founder and CEO of Block66. “Our platform will make it easier for everyone to find what they need, so mortgages can be approved and funded faster. By storing the history of each transaction on the blockchain, we will provide a valuable audit trail for lenders, which will help mitigate mortgage fraud.”

As Markham points out, in addition to transparency, the other element of a blockchain-based mortgage origination platform is transactional speed. As it stands, the mortgage vetting and approval processes are bogged down by outdated systems that require the transmission of physical paperwork between parties, which are all tasked with doing their own homework to determine whether figures are accurate and information is truthful. And yet even though these processes routinely take as many as 30 to 45 days, they have ultimately proven ineffective in vetting fraudulent applications to any acceptable degree. For this reason, Block66 is proposing a bottom-up change to the system, eschewing seemingly endless paperwork for a simpler, more transparent system built upon blockchain technology.

Mortgage fraud puts lenders, brokers, and borrowers at risk, and can also artificially raise housing prices in a market, indirectly affecting other would-be borrowers. Unfortunately, commissions from home sales and mortgages and the dream of owning a home represent incentives for dishonesty on both sides of the lender’s desk. If there wasn’t strong motive to overstate income, assets, and employment, such a scourge of mortgage fraud wouldn’t exist as it does. But criminal masterminds using straw buyers to purchase homes aren’t solely to blame for such a widespread problem. This is even more reason that a system equipped with blockchain-level oversight controls is needed.

Hope for the future of mortgage lending

While nobody says that they want to experience a repeat of the 2007-8 financial crisis, to date little has been done to ensure another disaster doesn’t occur. Even the most well-intended efforts have fallen short, as evidenced by the renewed rise in fraud-laden mortgage applications. But Block66 is hoping that, considering the stakes of oversight in the real estate lending sector, adoption of their platform and those like it becomes widespread. Block66 is seeking to incentivize participation by tokenizing securities, allowing smaller-scale lenders a measure of liquidity.

“The idea behind mortgage tokenization is to bring in smaller lenders,” said Markham. “They are often reluctant to tie themselves to longer repayment plans but are more willing to lend capital to customers who aren’t always favored by traditional banking institutions, even though they are credit-worthy.”

To be sure, the blockchain-based platform that Block66 will be funding through a Token Generation Event (TGE) on Thursday, September 6th represents a radical change from the status quo. However, if there’s one problem for which an outside-the-box solution is called for, it’s mortgage fraud.