IOTA Marks History as it Surpasses Ripple: Is There a Limit? 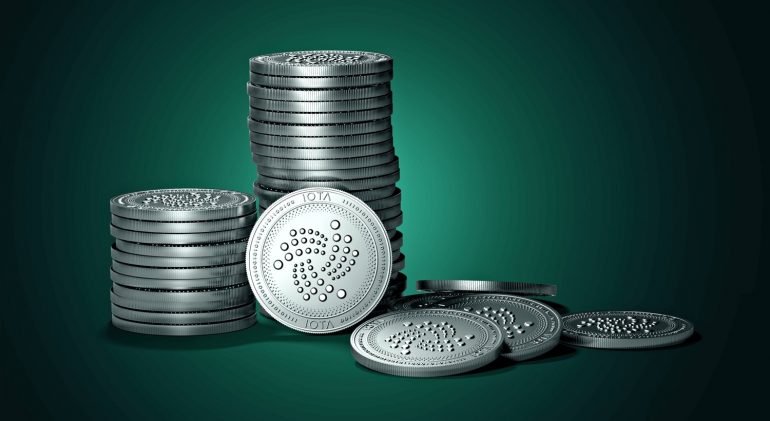 Breaking: IOTA just did fly above Ripple taking the fourth place on the market capitalization list of cryptocurrencies. New competition is already here!

It has been made very clear until now that the changes in the digital currency market are very dramatic on a daily basis which makes any trader, expert or investor follow and become more enthusiastic about the virtual currencies as every minute passes.

On Nov 5, a major change on the list took place [which was not predicted to happen at all not even a two weeks ago] as IOTA takes the 4th position and entering the race with the big boys.

The IOTA price continued to surge on Tuesday, enabling the native currency of the “next generation blockchain” project to surpass Ripple’s XRP token to become the fourth-largest cryptocurrency. 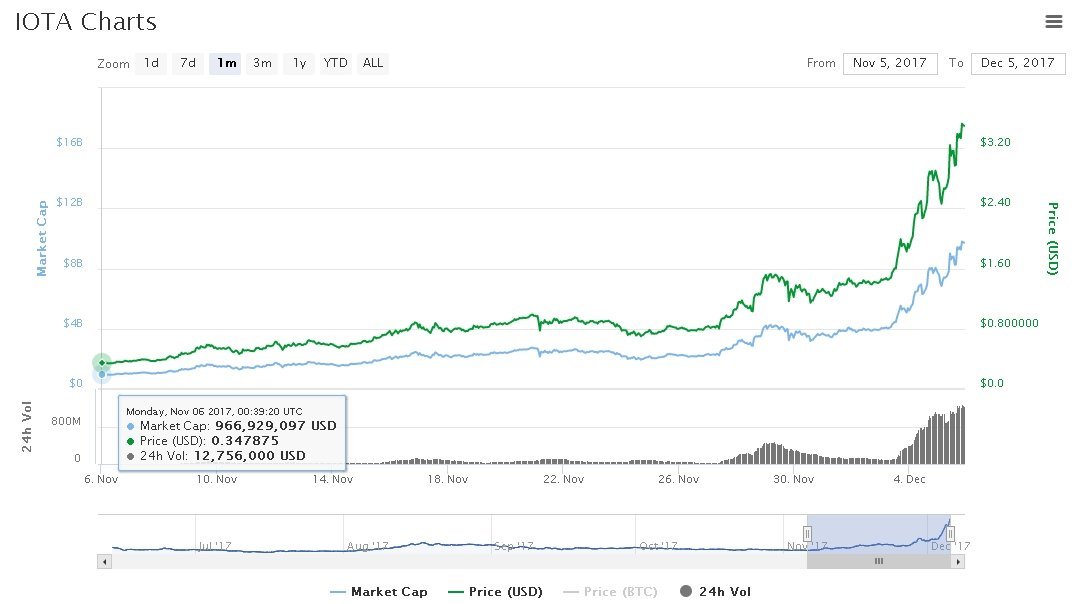 The value is actually showcasing a surge of 900% in the last month. Most of that movement has taken place within the last week and it appears it is quite close connected to the partnering with a litany of corporate giants to conduct a two-month demo of an Internet of Things (IoT)-based Data Marketplace.

The 26 percent rocketing movement today is probably the continuation of the bullish trend that has been formed with much optimism surrounding the coin. This means that many traders and long term investors are stepping in for the first time.

Even more significantly, The rally has caused IOTA’s market cap to surge to $9.8 billion, enabling it to surge past ripple to become the fourth-largest cryptocurrency.

This is a significant success for IOTA as even Ripple has put out some very notable work for the XRP structure that it has created. Just last month, for instance, Ripple partnered with credit card processing giant American Express to create a transatlantic payment channel between the U.S. and the U.K.

Finally, the prices and market caps do not tell everything – people in general around the internet are getting very interested in the fourth positioned token as data from Reddit Metrics tells, /r/IOTA was the sixth-fastest growing subreddit on Monday.