IOTA [MIOTA] Price the Only Surviving the Weekend – Leading Increase 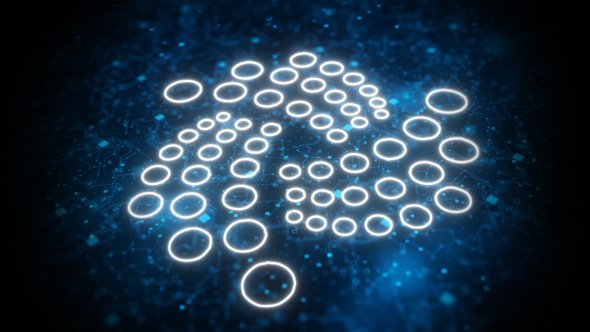 IOTA token value against the US Dollar is leading the crypto-market today by performance as in the last 24-hours it is the only gaining an upper hand against the bears with 4.20% gain. Accordingly against the BTC market it is 13.24% ahead while reaching the $1.20 mark for the first time in 4 days.

The case is just another example of how unpredictable the market has become as sometimes using to-happen-events, news or various developments with a coin for forecasting the price moving patterns is close to impossible. Today [March 18], the pair [M]IOTA/USD jumped  for a couple of minutes to the heights of $1.30 but reversed speedy again. If the pair manages to climb over the important $1.20 and balance bears/bulls it might continue increasing. However, the market in general is still constantly decreasing so that could drag IOTA downward. 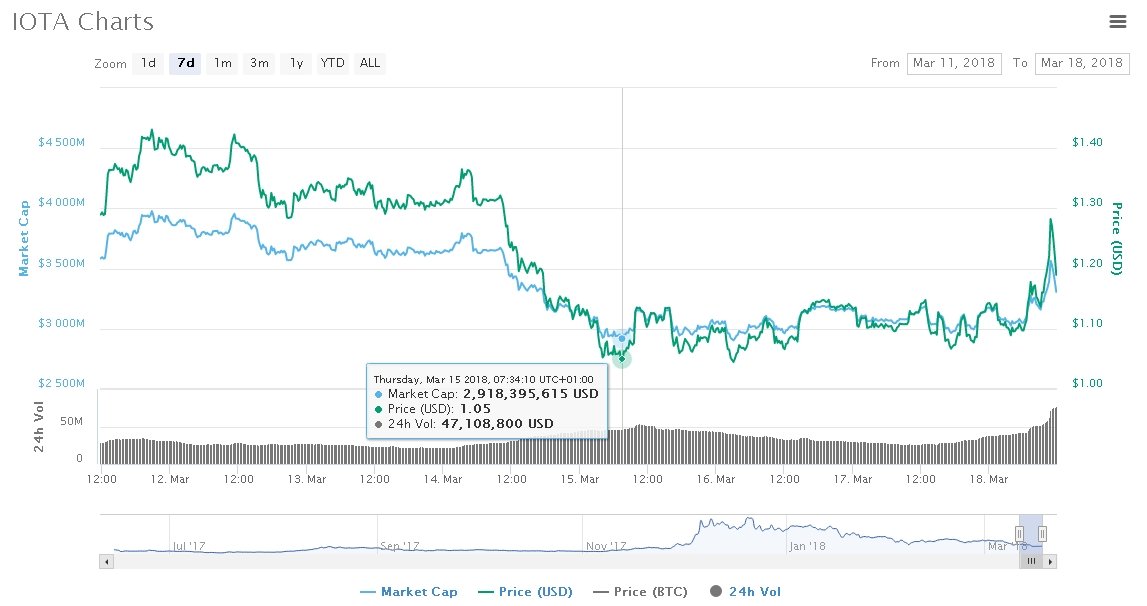 According to the team, IOTA [MIOTA] will make instant transactions and zero-fees reality, which is a target many find dreamy as fees for transaction completion on other blockchain platforms are flying above the roof.

Being developed slowly but steady from scratch, the group of individuals backing up the coin created a new platform that has brought with itself many solutions to existing problems. As it has been completely written on Java, they did away with the traditional concept of blockchain altogether.

Why many ask that when it comes to IOTA being one of the first choices for future understanding among thousands of cryptos – well it is considered a coin ahead of its time being the first one not employing the use of blockchain tech, in which case various issues where nullified as the platform uses a system called Tangle.

“The tangle is what is known as a directed acyclic graph (DAG): a data structure that moves in one direction without looping back onto itself.” – David Floyd

See: What Is IOTA – Cryptocurrency Review; Revolutionizing The Tech –  for more IOTA information.

In the beginning of this year a partnership agreement was signed between Taipei and IOTA Foundation to explore smart city solutions based on ledger technology, Tangle. Since then the city has already launched some projects in the field of digital identification and air quality monitoring system.

Taipei will specifically be using IOTA’s Tangle ID service for several projects, he said, though he did not elaborate beyond the Digital Citizen project.