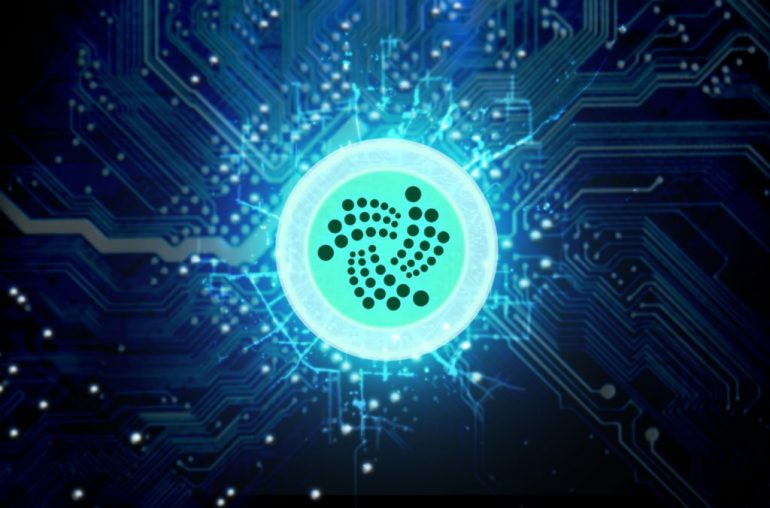 RBVC or The Robert Bosch Venture Capital has put down its first investment [and a major one] in distributed ledge technology – more precise in IOTA, according to bosch-presse and other sources close to both of them.

The movement by RBVC has been called a very wise choice as IOTA is on of the largest cryptocurrencies in the global-scale market being positioned as the 6th behind Litecoin and it is the first distributed ledger technology that goes one step further the blockchain-ecosystem: enabling machine to securely transact data and money with each other. This is the stepping stone to new innovative Internet of Things based applications and business models for mobility, energy, Industry 4.0 and more.

The news have been announced even by The IOTA Foundation that is based in Germany, declaring that RBVC purchased the tokens and Dr. Hongquan Jiang – Partner at RBVC will going the IOTA Foundation’s advisory board. This follows the successful launch of IOTA’s data marketplace, with more than 30 leading companies worldwide participating.

With the step, RBVC is hoping to hoist the maturity of the distributed ledger technology higher up and branch it wider on the global-Bosch Ecosystem.

“We have been working with the IOTA team for more than one year. I’m very excited about IOTA’s innovative tangle technology, which could potentially become the standard underlying technology for  trustless machine to machine communication, security and payment in the IoT space,” said Dr. Hongquan Jiang. “There will be much synergy between Bosch and the IOTA Foundation, and I’m looking forward to seeing more industrial adoptions of this technology in the near future.”

Co-founder of IOTA Dominik Schiener added on the matter saying this is a strong confidence boost by the RBVC firm while helping to expand our collaboration with IoT companies:

”Distributed ledgers are the future when it comes to truly unleashing the Internet of Things, and with IOTA we see the potential of becoming the backbone of this emerging Machine Economy. We will continue to intensify our collaboration with leading IoT companies and hope to have the first go-to-market solutions ready by the end of 2018.”

Schiener continued on explaining how Bosch and IOTA have been in contact for more than two years now while working together on various mediums and the decision of having its share in the technology by RBVC cements the integration of a similar vision:

“Bosch and IOTA have been in contact since 2015 and are working together on multiple fronts, including the Trusted IoT Alliance (TIOTA) and other projects,” said David Sønstebø, Co-Founder of IOTA. “The decision by RBVC to acquire a significant amount of iota tokens solidifies the idea of the Machine Economy and how significant leaders in this space share our vision.”

According to Coinmarketcap, IOTA token price has just rocketed up against the US Dollar topping another record price of $5.49 with almost 30 percent of gain in the last 24-hours. The news could be a very important effecting factor as in a couple of hours the declining path has been transformed into a spiking chart. 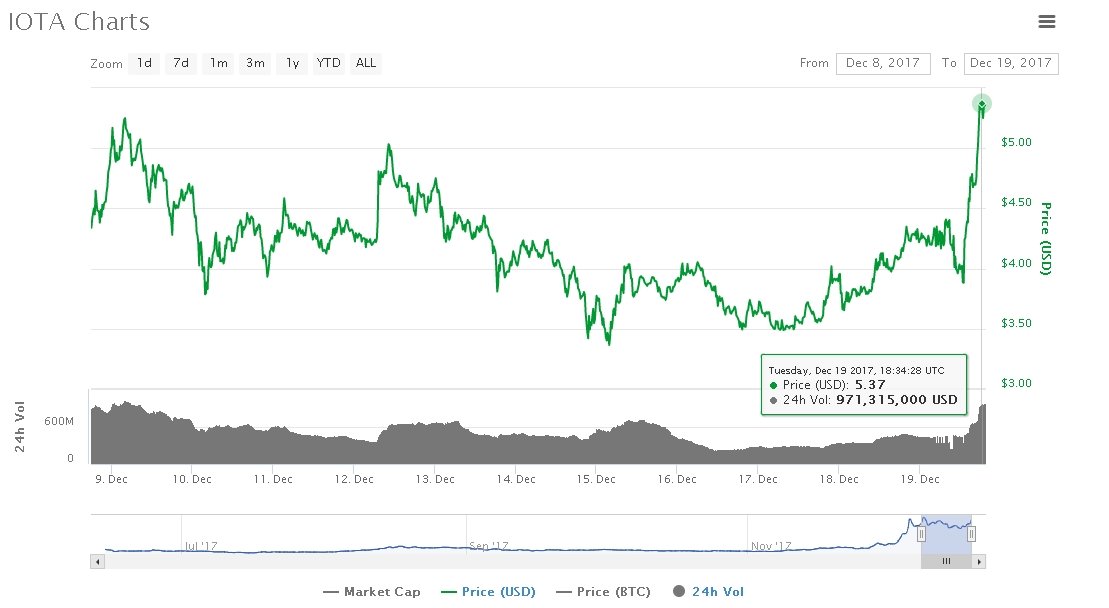