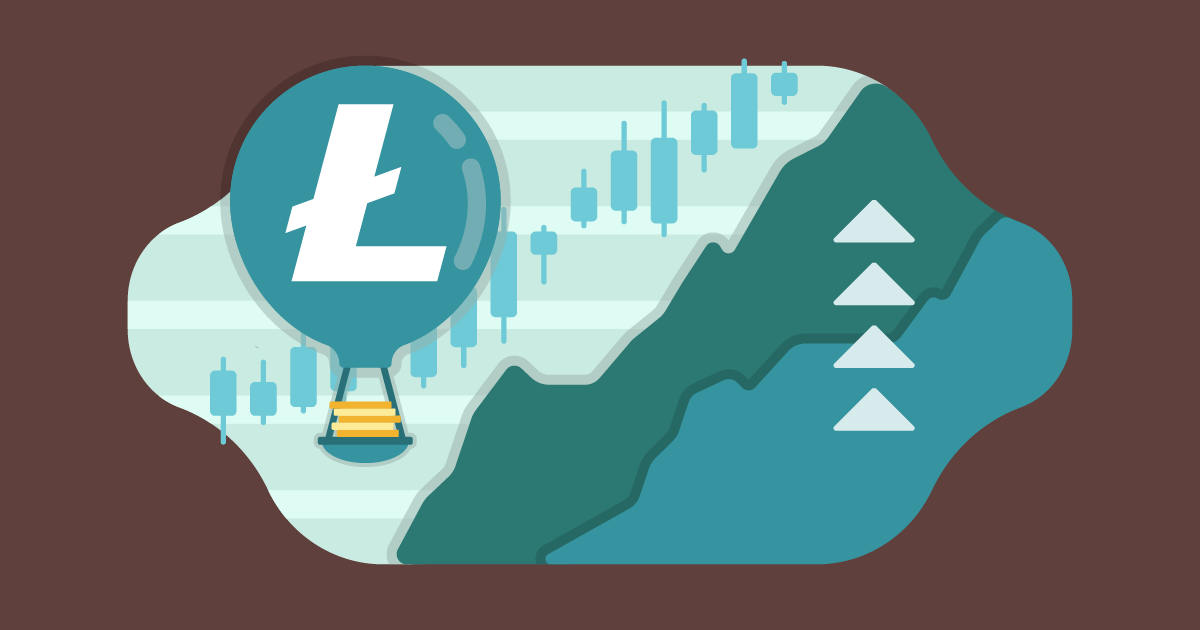 Ethereum (ETH), Litecoin (LTC)–On a day when cryptocurrency investors finally had some positive news to applaud, the markets responded with a wave of green and some shakeups in the top coins by market capitalization.

Litecoin (LTC) led the way with a thirty percent leap on the day, taking the price of LTC to over $43 as of writing. While the coin has long been viewed as the “silver” to Bitcoin’s gold, Charlie Lee’s creation managed to leapfrog EOS to become the fourth largest cryptocurrency by market capitalization. In addition to being a mainstay in the market, with transaction speeds and fees that improve upon those of Bitcoin, Litecoin is also sitting in the real of oversold. In December 2017, amidst the bull run that took cryptocurrency to a near one trillion dollar market capitalization, Litecoin was soaring high at over $350 per coin. In the sell off that followed, LTC bore one of the worst price declines of any cryptocurrency, with most investors now looking to the coin as being undervalued.

LTC also received a boost in valuation due to a timely announcement that the Litecoin Foundation had entered a partnership with development firm Beam to integrate a protocol that would improve privacy and scalability. The Litecoin Foundation, which has played an active role in promoting the currency–recently through the mixed martial arts production the Ultimate Fighting Championship and their ring sponsorship–has also made a concerted effort to improve the technology through regular experimentation and partnerships. The end result has been a “testing ground” for cryptocurrency, with LTC being the first coin to implement such innovations as Segwit, atomic swap and lightning network.

According to the Beam blog post announcing the partnership with LTC, the new protocol seeks to improve upon the privacy afforded through  LTC transactions,

“We have started exploration towards adding privacy and fungibility to Litecoin by allowing on-chain conversion of regular LTC into a Mimblewimble variant of LTC and vice versa. Upon such conversion, it will be possible to transact with Mimblewimble LTC in complete confidentiality.”

Ethereum also saw a spike in price on the day, which outpaced that relative to the market and other top ten currencies. Like Litecoin, Ethereum has drifted into oversold territory throughout 2018’s bear cycle, giving ETH investors hope that the most recent price turn is indicative of lasting valuation. While the currency was unable to supplant XRP for the second position in total market capitalization, it did narrow the gap to $400 million. As of writing, the ETH token climbed 13 percent over twenty-four hours, bringing the price of Ethereum to $118 and staving off the critical line being built at $100.

XRP and TRON also posted significant gains on the day, climbing 6 percent and 5 percent in price, respectively. Bitcoin, which fell to its lowest point in 2019 during the last cryptocurrency sell-off, managed to climb in price above $3700. Some analysts are now calling for the crypto markets to be rebounding from edging into a systemic oversold territory, with the most recent price run constituting a return to normal price levels.

Cryptocurrency investors were also treated to a rumor that the S.E.C will likely be approving a Bitcoin ETF in the future, at least according to information derived from a leaked interview with the SEC commissioner Robert Jackson. As previously reported by EWN, Jackson said,

“Eventually, do I think someone will satisfy the standards that we’ve laid out there? I hope so, yes, and I think so…Getting the stamp of approval from the deepest and most liquid capital markets in the world is hard, and it should be. Once we make it available to everyday mom and pop investors, we are taking risks that Americans can get hurt.”