Ethereum ETH against the US Dollar has taken the highroad showcasing for a couple of days a strong will from the community to overcome XRP‘s market capitalization and increase the token’s price. After the New Year’s Eve Ball hit the ground on the second of January, the smart contract oriented cryptocurrency took over Ripple’s XRP second place and is back in the tail of Bitcoin [BTC]. 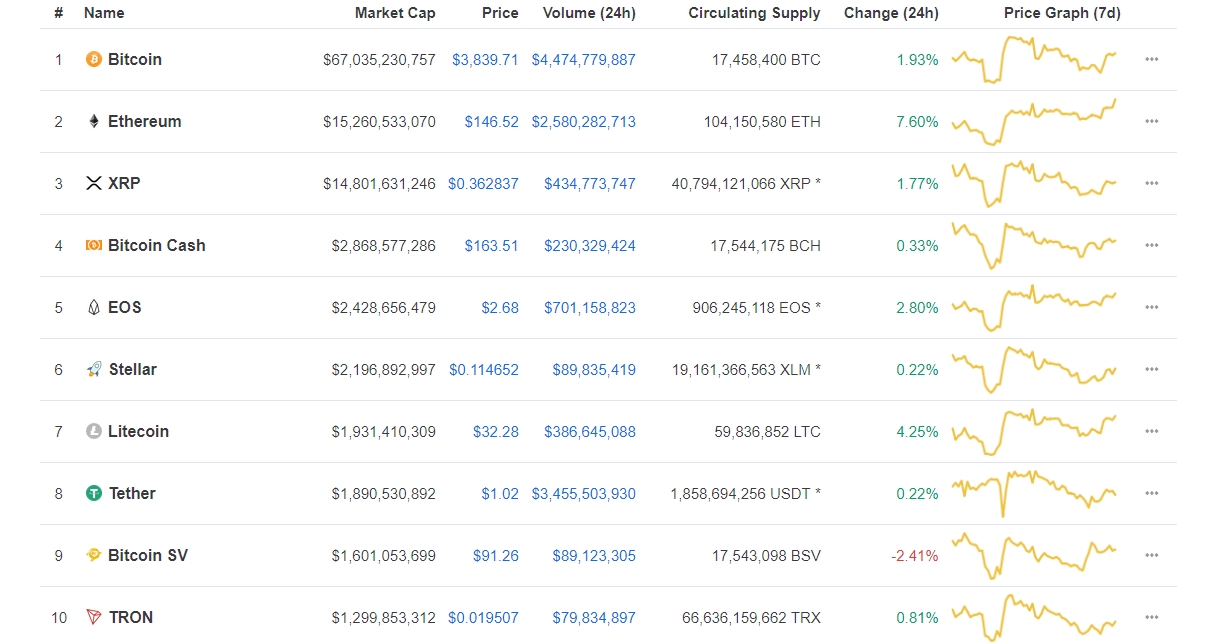 The unique pattern that is being followed by Ethereum which was standing out strongly yesterday as the crypto-pioneer BTC was declining heavily as ETH has gained a resisting-bears momentum could be coming from the high hopes that the community has set on the upcoming Eth-project related updates. Ethereum’s Constantinople hard fork has been deemed long-term bullish by a number of analysts, due to the upgrade’s feature to reduce Ether issuance, the price action has been somewhat justified.

Bitcoin’s cousin – Litecoin [LTC] has started Wednesday with an attempt to over-come the weekly major $32.50 in a bullish sentiment set by Ethereum for the last days. Per time of writing the silver digital coin has reached the $32.44 level and gained 4.76% in the last 24-hours. 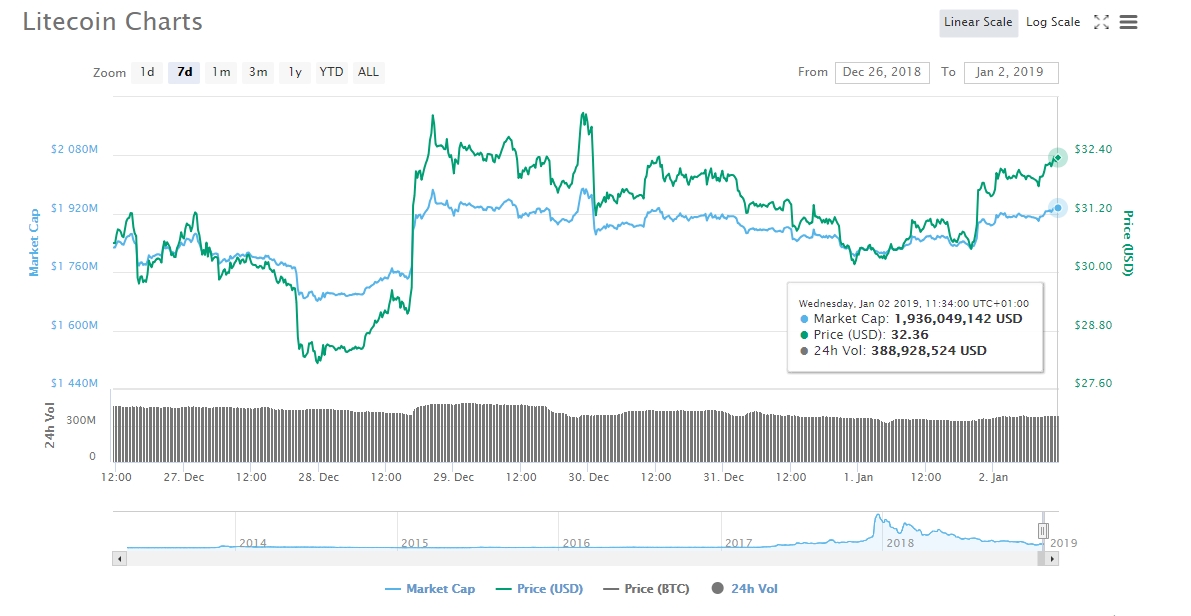 Despite that the Litecoin founder – Charlie Lee predicted right the flappening [LTC>BCH by market cap] that will take place in  2018 while adding that the flippening [ETH>BTC] will never happen, it did not last long. Dec 14th 2018 – BCH began to capitulate hard, falling below key support levels and underperforming the market at large, LTC began to undergo a slight recovery which initiated the overtake. However, couple of days later the Bitcoin hard forked coin BCH took its place speedy right after.

Just one year ago, Litecoin’s founder Charlie Lee, better known as “Coblee” or “Satoshilite,” took to the Litecoin (LTC) subreddit to convey a surprising announcement. For those who missed the memo, Lee, who has been a cryptocurrency proponent for a majority of Bitcoin’s existence, revealed that he liquidated his LTC holdings to mitigate “conflicts of interest.”

Following the above – Litecoin did not see a well-going year as, per data from BitInfo, the average number of Litecoin transactions peaked in January 2018 at 197,200, falling to just 23,100 today. Aaron Brown, a reporter at Bloomberg Opinion, said that the plummeting transaction count can be, in fact, slightly attributed to Lee’s decision to liquidate.

Going back to the coins in the title, Ethereum’s rival EOS is closing in to BCH’s fourth position by market capitalization with only $400 million in difference as it has reached again the level of $2.68.

Latest from EOS – The Huobi Group’s cryptocurrency mining arm of Huobi Pool, will launch its first exchange in the first quarter of 2019. The exchange will be one of a kind in that it will be fully dedicated to EOS (EOS). Cao Fei, Huobi Pool’s CEO, had this to say about their new venture:

As an EOS super node, Huobi Pool has placed its ecological development high on its list of priorities.

Launching this EOS exchange is simply the next logical step in our support.

Also, the well respected project from the third gen of cryptocurrencies IOTA [with its Tangle network] is included in the group of today’s best performers with 4.49% upward movement reaching the level of $0.3710 in the last day.