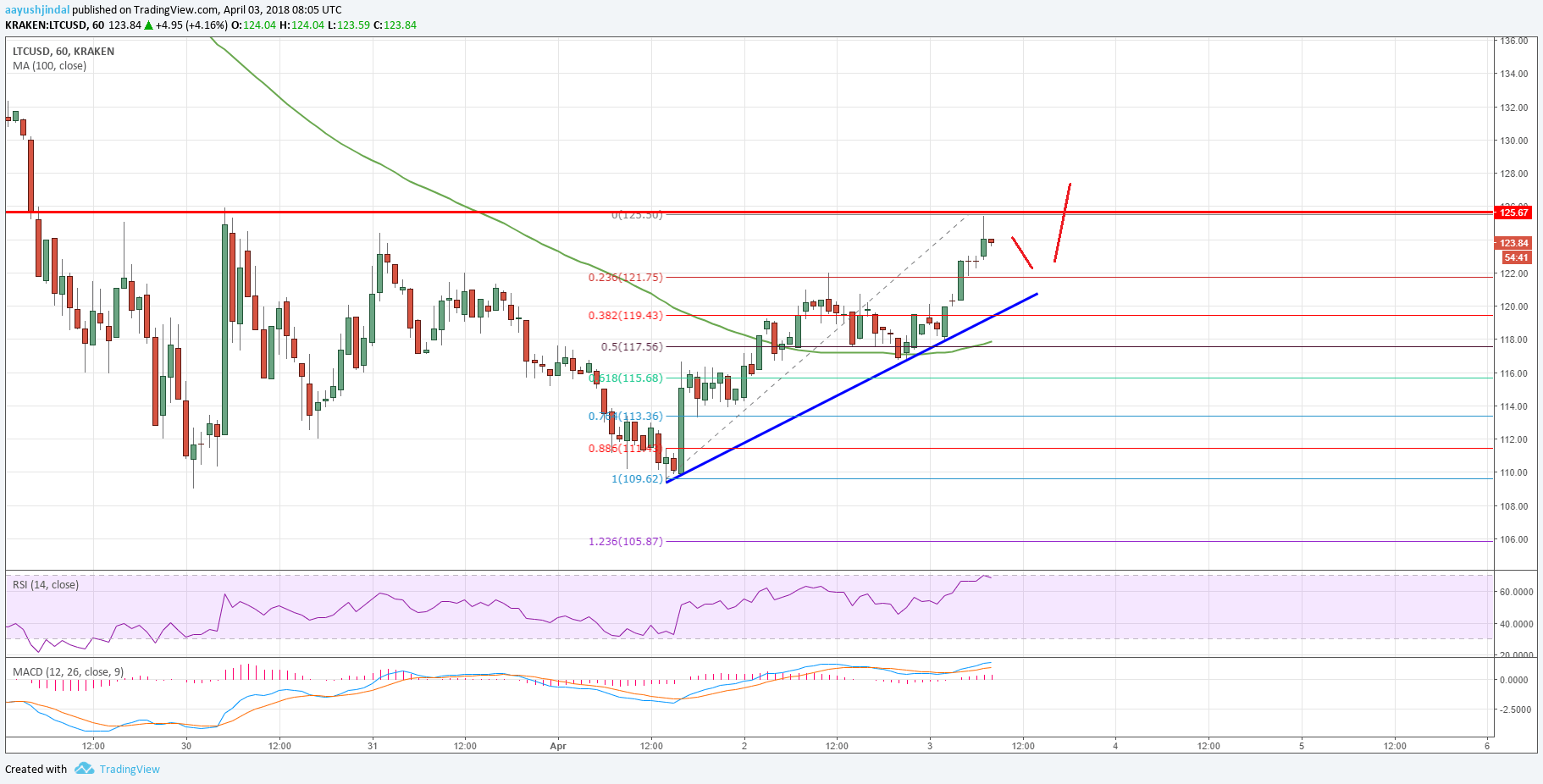 Litecoin price is slowly gaining upside momentum above $115 against the US Dollar. LTC/USD has to move above the $125 resistance to rise further in the near term.

After a major decline towards $110, litecoin price started an upside correction against the US dollar. The LTC/USD pair traded higher and broke a key resistance level near $115.

During the upside move, the price broke the 50% Fib retracement level of the last decline from the $135 swing high to $109 low. It opened the doors for more gains and the price was able to move above the $120 resistance. 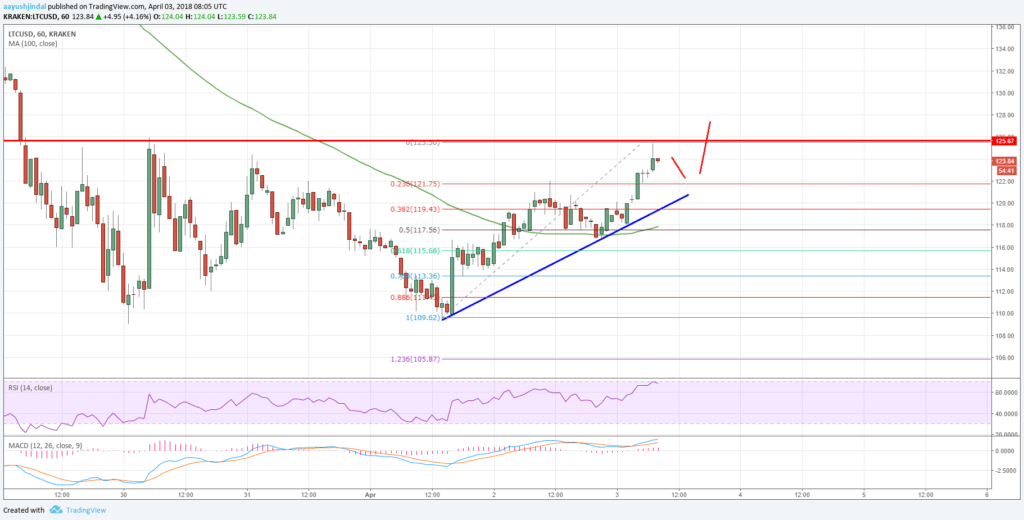 There was even a close above the $120 level and the 100 hourly simple moving average. However, the price is currently struggling to break a major resistance zone near $125. The stated $125 level acted as a barrier for buyers on many occasions, and a break above $125-130 won’t be easy.

On the downside, an initial support is around the 23.6% Fib retracement level of the last wave from the $109.62 low to $125.50 high. Moreover, there is a key connecting bullish trend line forming with current support at $120 on the hourly chart of the LTC/USD pair.

The overall price action is positive above the $117 level. However, litecoin price must break the $125 level for more gains in the near term.