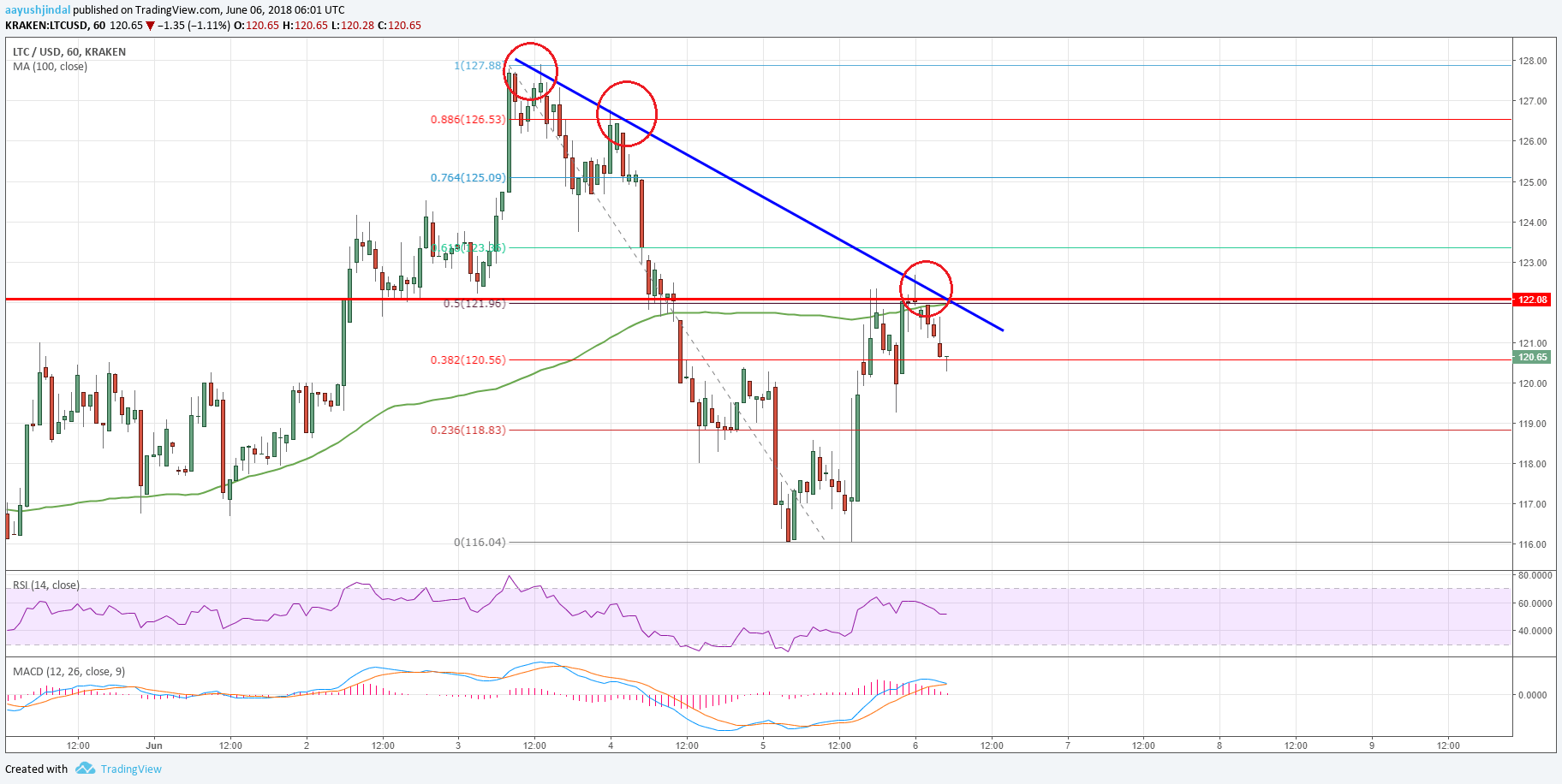 Litecoin price started a fresh upside move from the $116 support against the US Dollar. LTC/USD must break the $122 resistance to move back in a bullish zone.

Yesterday, we saw a downside move in litecoin price below the $120 level against the US dollar. The LTC/USD pair traded towards the $115-116 support area where buyers appeared.

Looking at the chart, the price found strong bids near the $116 level and it formed a base for an upside move. A fresh upward wave was initiated and the price moved above the 23.6% Fib retracement level of the last decline from the $127.88 high to $116.04 low. 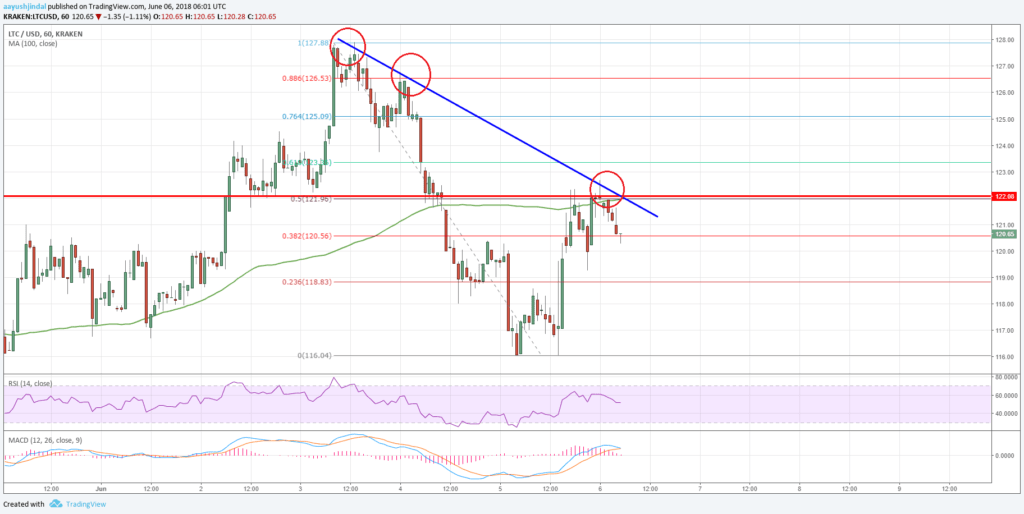 It also moved above the $120 level, but buyers faced a strong resistance near $122. The stated $122 level was a support earlier and is now acting as a resistance.

Therefore, the $122 barrier seems to be a key hurdle for more gains in litecoin. Buyers must break the $122 resistance and the 100 hourly SMA to push the price back in a bullish zone. Above this, the price could move back towards the $127 level in the near term.

On the flip side, if there is a downside correction, an initial support is at $120. A break below $120 may perhaps push the price back towards the last swing low of $116.00.

Overall, the price action is positive as long as the price is above $116, with chances of an upside break above $122.