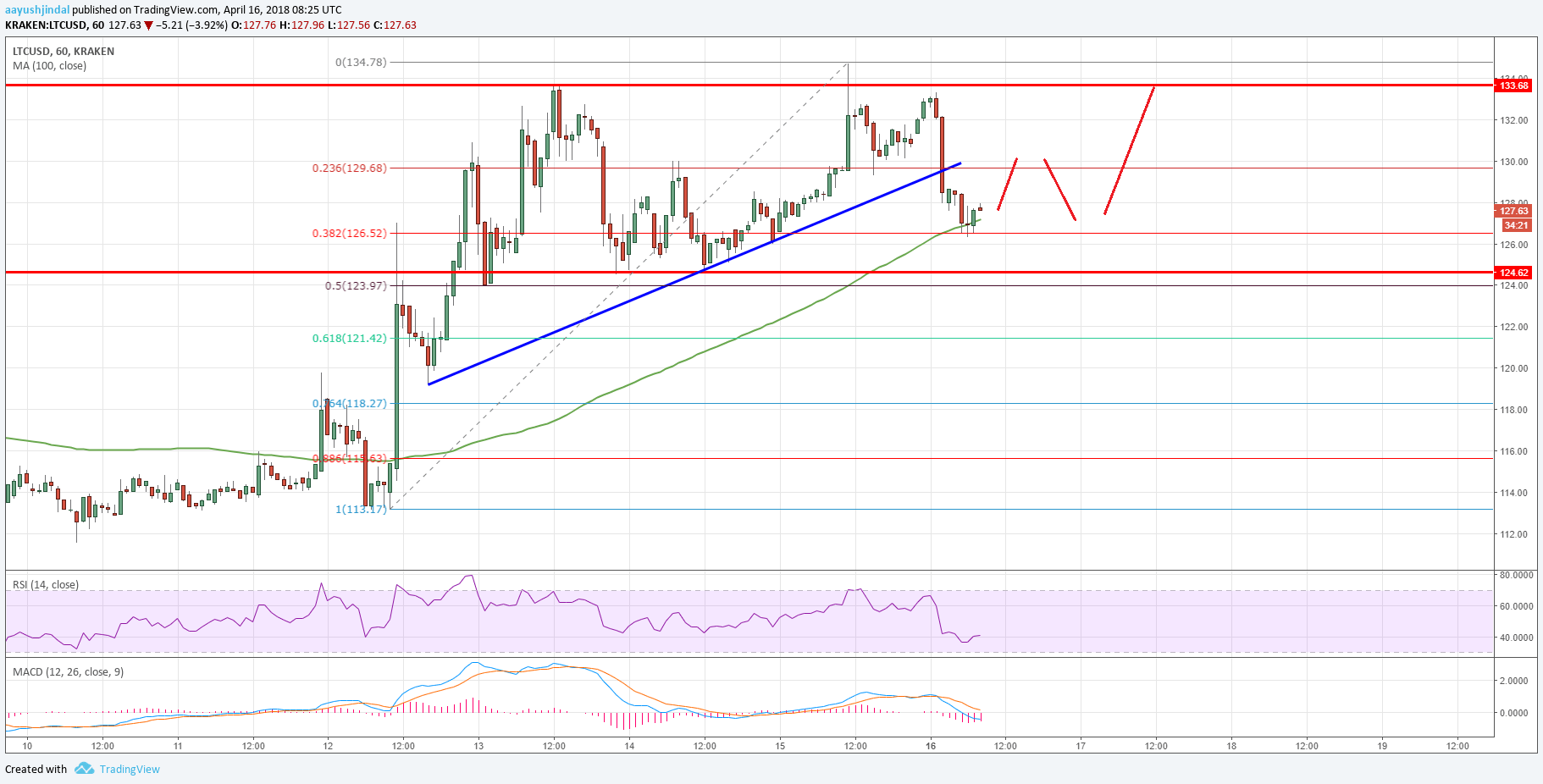 Litecoin price is currently correcting lower from $135 against the US Dollar. LTC/USD is holding the 100 hourly SMA and it could bounce back.

The past few sessions were mostly neutral with positive signs above $125 in litecoin price against the US dollar. The LTC/USD pair traded towards the $135 level, but it failed to break the stated level.

There were three attempts made to clear the $134-135 resistance zone, but buyers failed to gain momentum. As a result, there was a downside reaction and the price broke the 23.6% Fib retracement level of the last leg from the $113 low to $135 swing high. 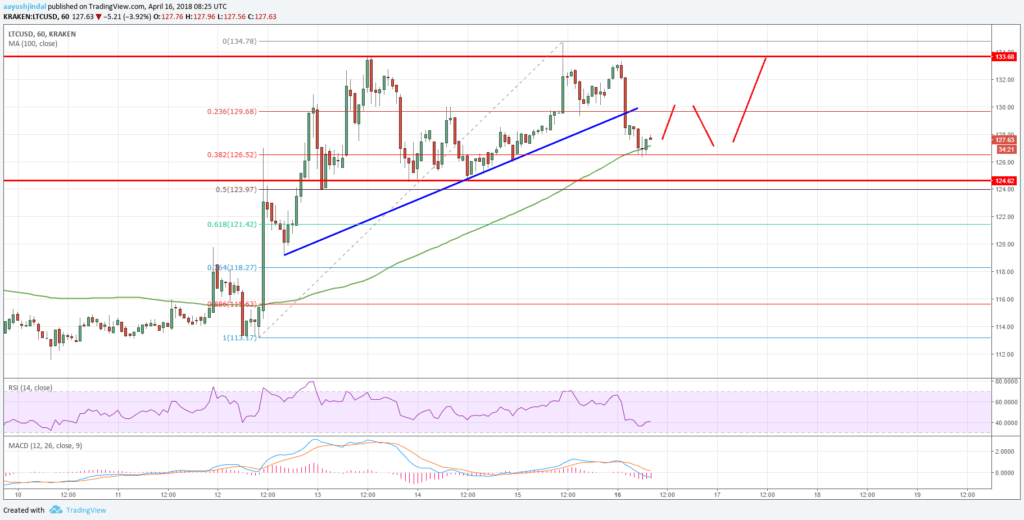 Moreover, there was a break below a connecting bullish trend line with support at $130 on the hourly chart of the LTC/USD pair. The pair tested the $127 support and the 100 hourly simple moving average.

It seems like the downside move is finding support near the 100 hourly SMA and the 38.2% Fib retracement level of the last leg from the $113 low to $135 swing high.

On the downside, below $127, the next major support is near $125. The stated $125 support protected losses on many occasions and it may continue to act as a strong barrier for sellers. If the price holds the 100 hourly SMA, there is a chance of it moving back above $130.

A break above the $130 level will most likely push the price towards the $135 resistance zone. Overall, a proper break above $135 would initiate further upsides in litecoin price in the near term.