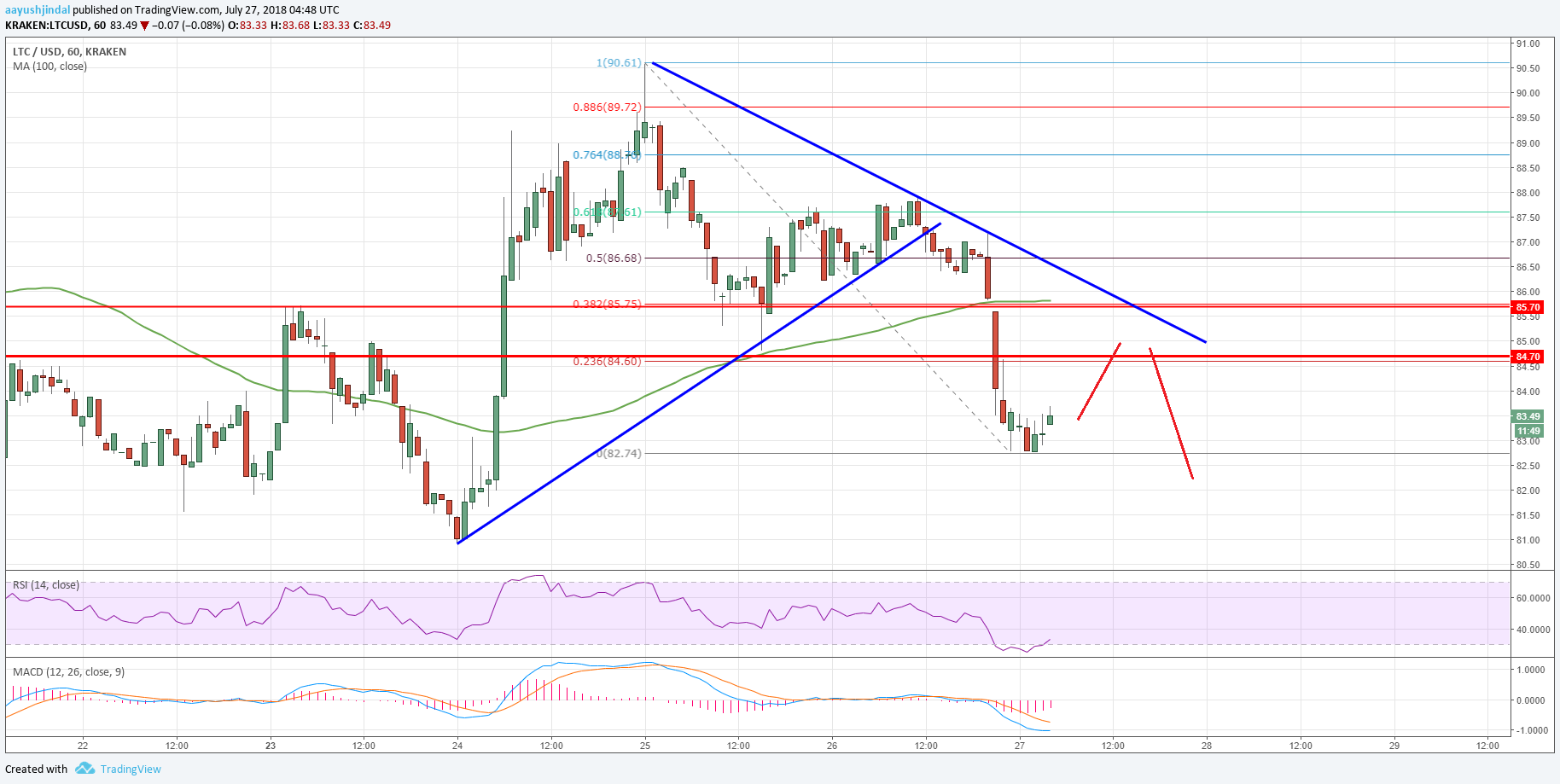 Litecoin price declined recently due to bitcoin’s slide below $8,000 against the US Dollar. LTC/USD broke the $84.50 support to move into a short-term bearish zone.

Bitcoin price declined sharply after Winklevoss’s bitcoin ETF was rejected by SEC. It dragged litecoin price below the $85.00 support area against the US dollar. The LTC/USD pair declined and traded towards the $82.50 support area.

Looking at the chart, the price failed to hold a key support near the $85.00 and $84.50 levels. It opened the doors for more losses and the price settled below the $85.00 support and the 100 hourly simple moving average. 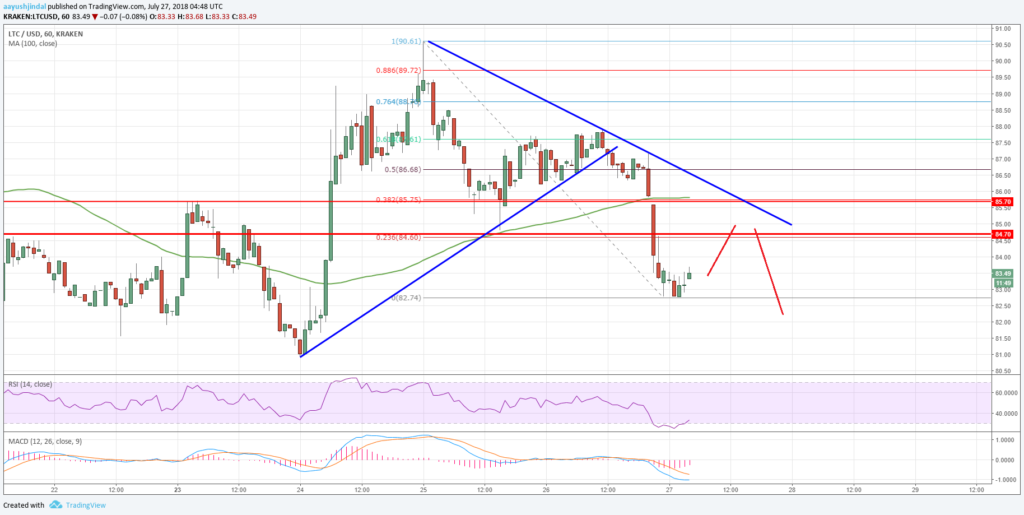 During the decline, there was a break below a key bullish trend line with support at $88.50 on the hourly chart of the LTC/USD pair. There was also a break below the 50% Fib retracement level of the last wave from the $80.90 swing low to $90.60 swing high.

The pair traded as low as $82.74 before buyers appeared. The price is currently consolidating above the $82.50 support, but it remains at a risk of more losses. Should there be a decline below the $82.75 and $82.50 support levels, the price is likely to test the $80.00 support area.

On the other hand, if litecoin price corrects higher from the current levels, the previous support at $85.00 may perhaps prevent gains. Moreover, the 100 hourly SMA and the 23.6% Fib retracement level of the last decline from the $90.61 high to $82.74 low are also key resistances.

Overall, bitcoin’s slide increased bearish pressure on LTC, but it could hold the $82.50 and $80.00 support levels in the near term.