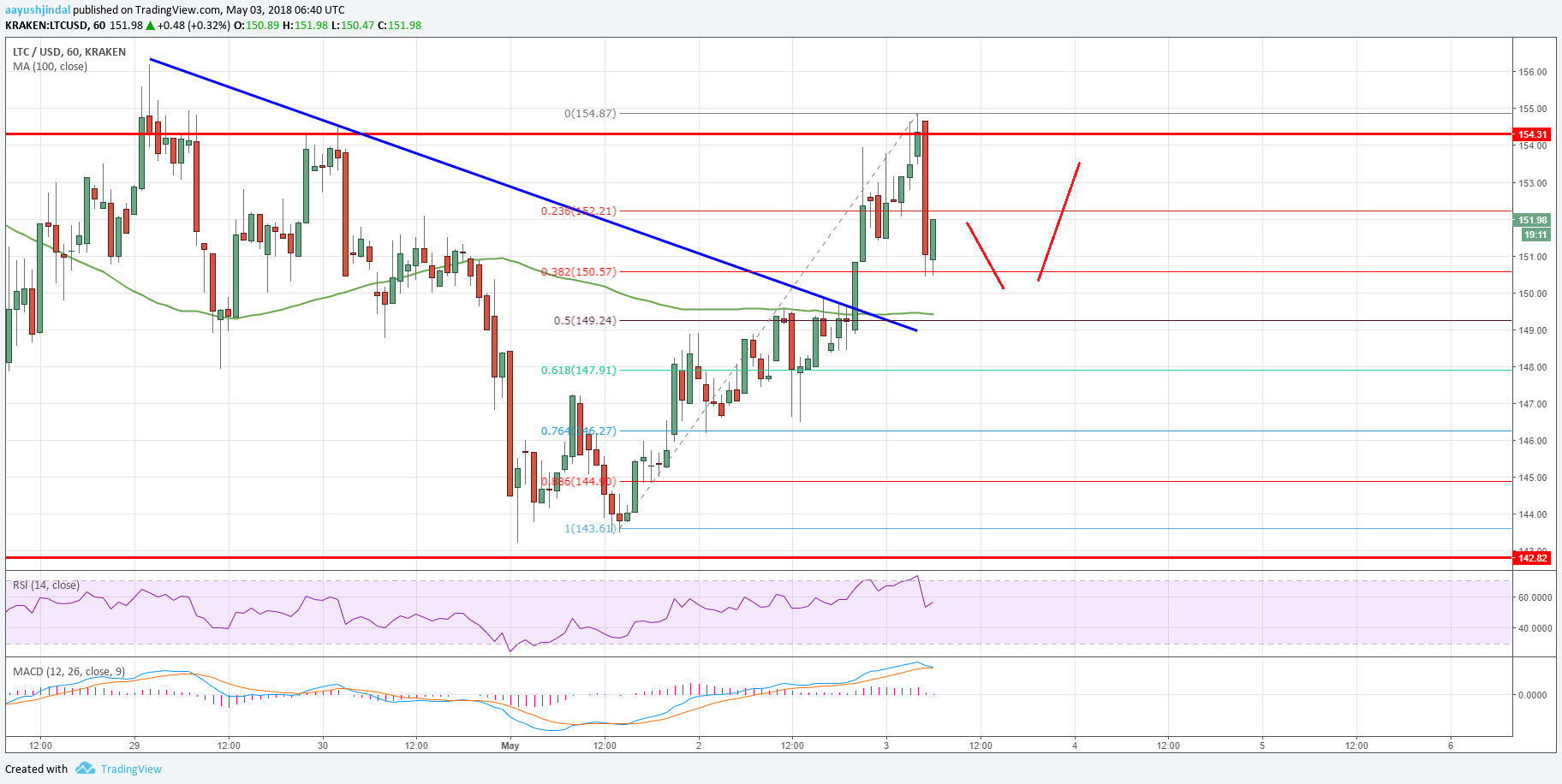 Litecoin price gained further and tested the $155 resistance against the US Dollar. LTC/USD is currently correcting lower, but it remains supported above $148.

There was an improvement in the market sentiment above $145.00 in litecoin price against the US dollar. The LTC/USD pair gained traction and it was able to move above the $148 and $150 resistance levels.

Looking at the chart, the price succeeded in settling above the $150 resistance and the 100 hourly simple moving average, which is a positive sign. Buyers pushed the price higher, but the $155-156 resistance once again came into the picture. 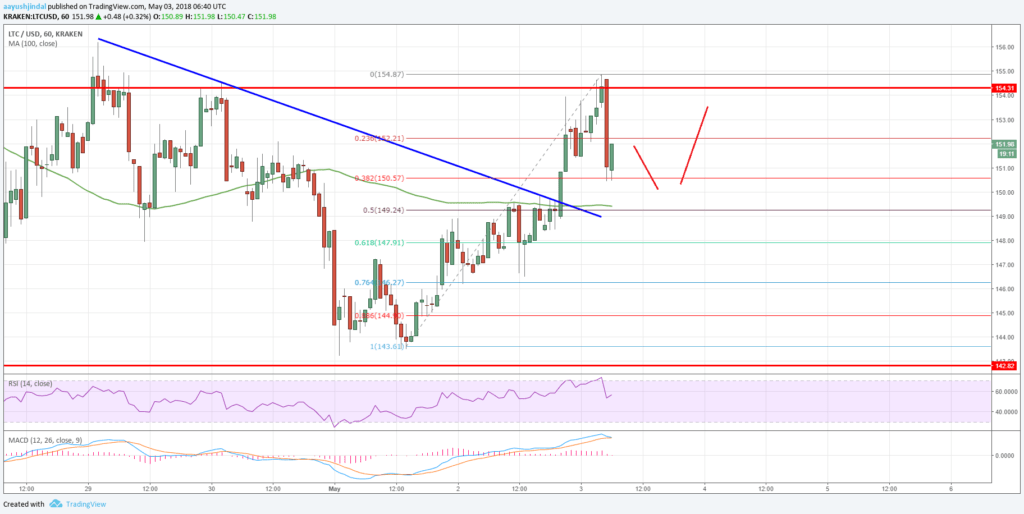 It acted as a barrier for further upsides and the price started a downside correction after trading as high as $154.87. It declined and moved below the 23.6% Fib retracement level of the last wave from the $143.61 low to $154.87 high.

Therefore, there is a strong support forming around $150. If the price correct further, buyers are likely to defend losses around the $150 level. On the upside, a break above the $155-156 resistance zone is not at all easy.

Once buyers succeed, the next stop could the $165 level. Overall, the price is positioned nicely above the $150 level, but litecoin price may continue to trade in a range as long as it is below $155.