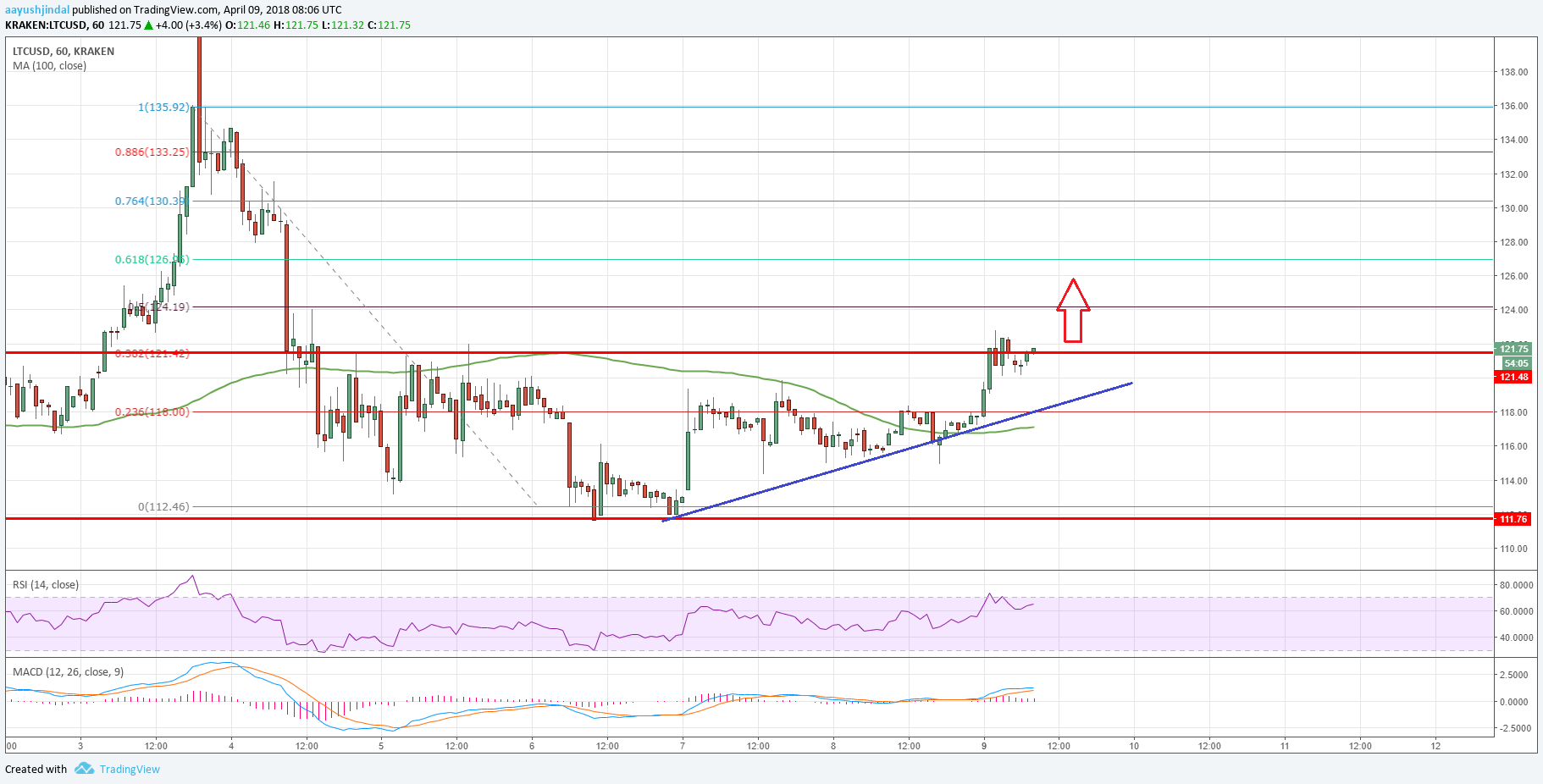 Litecoin price is showing positive signs and moved above $115 against the US Dollar. LTC/USD seems to be back in the bullish zone and it could rise towards $130. 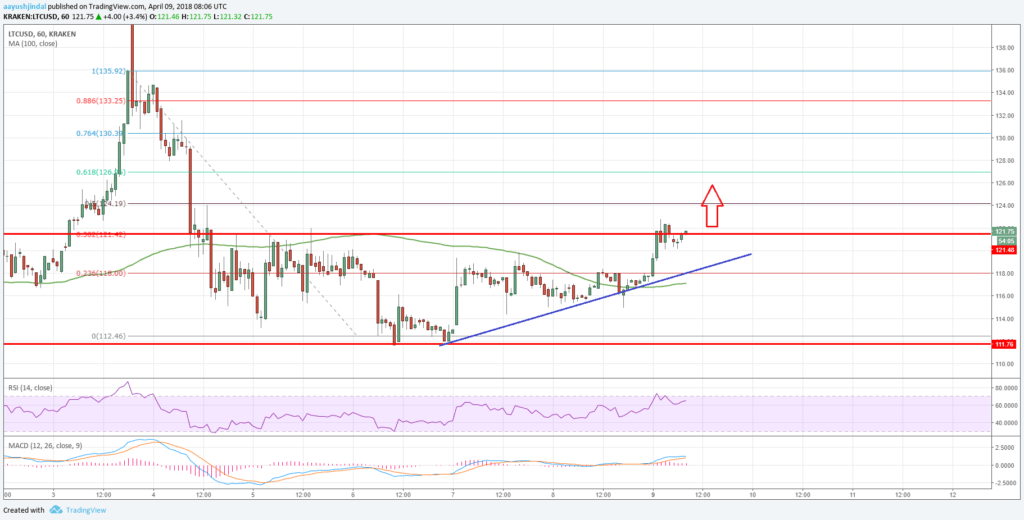 The upside move is positive since there was a close above the $115 resistance and the 100 hourly simple moving average. At the moment, the price is struggling to clear the $121-122 resistance. Once there is a break above the $122 level, the price may test $125.

On the downside, there is a short-term bullish trend line forming with support at $118 on the hourly chart of the LTC/USD pair. If the pair corrects lower from the current levels, it will most likely find support near the $118 level.

Overall, the current price structure suggests a bullish bias above the $116 level in the near term.