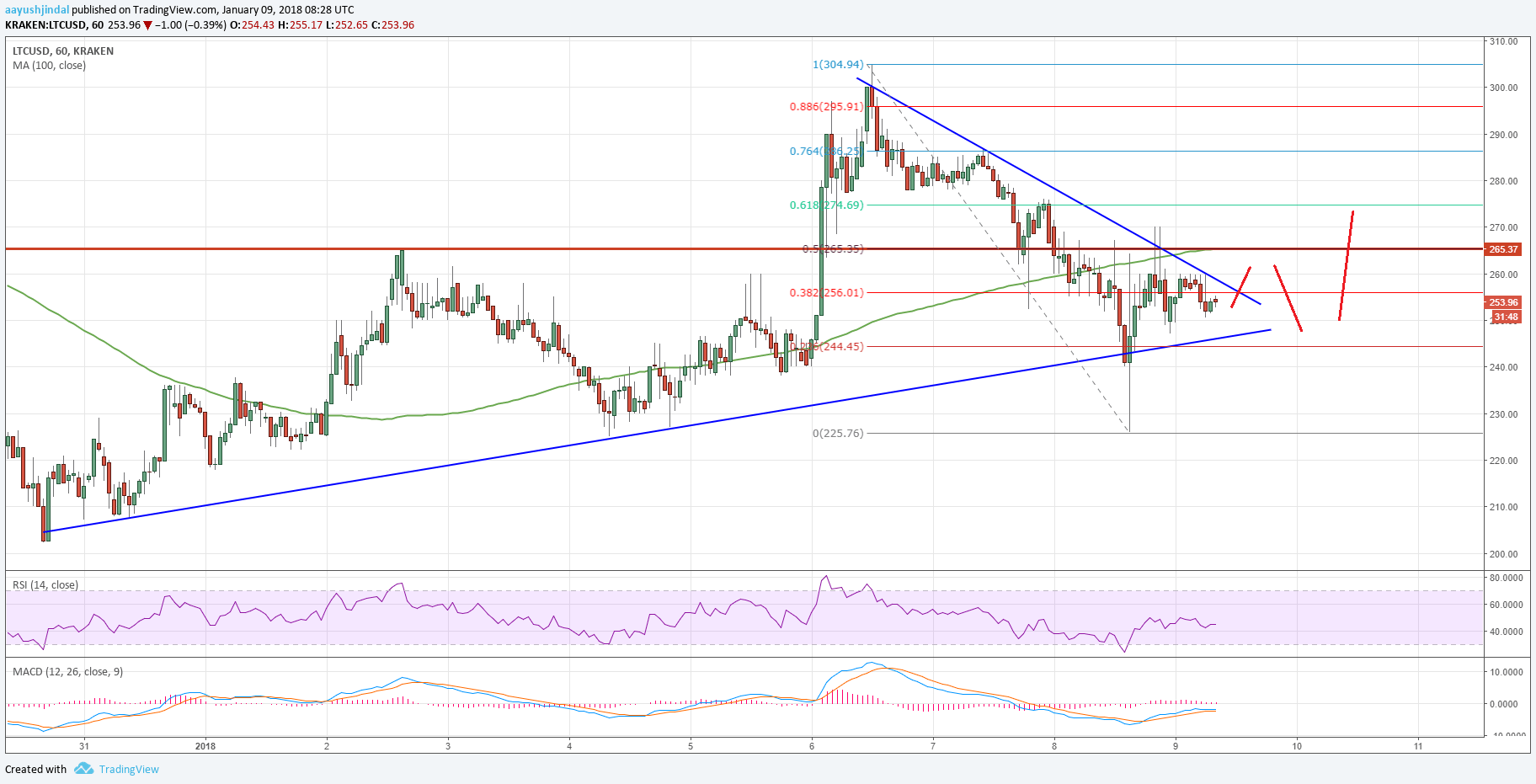 Litecoin price is holding an important support at $230-240 against the US Dollar. LTC/USD needs to pierce the $265 resistance to gain traction.

There was a slight bearish angle formed yesterday as Litecoin price remained below the $265 resistance against the US Dollar. On the positive side, the LTC/USD pair also succeeded in holding the $225 swing low and is currently above the $230 level.

The pair settled above the 23.6% Fib retracement level of the last decline from the $304 high to $225 low. However, the upside move was prevented by the 100 hourly simple moving average and the $265 resistance.

Moreover, the 50% Fib retracement level of the last decline from the $304 high to $225 low also acted as a strong barrier along with a bearish trend line on the same chart.

A break above the mentioned bearish trend line at $260 followed by the $265 resistance is needed for buyers to step up the momentum. Once there is a close above $265, the price could attempt to move towards the $300 handle.

On the downside, yesterday’s highlighted major bullish trend line with current support at $245 is intact on the hourly chart. There was a false spike below the trend line support, but the pair moved back above the $230 level.

At the moment, it seems like the pair is forming a breakout pattern with resistance at $265 and support at $230. A break on either side could trigger the next move in the near term.

The technical side is positive for LTC/USD, but with weakness. Therefore, litecoin price has to move above $265 soon, else there is a risk of a downside break.