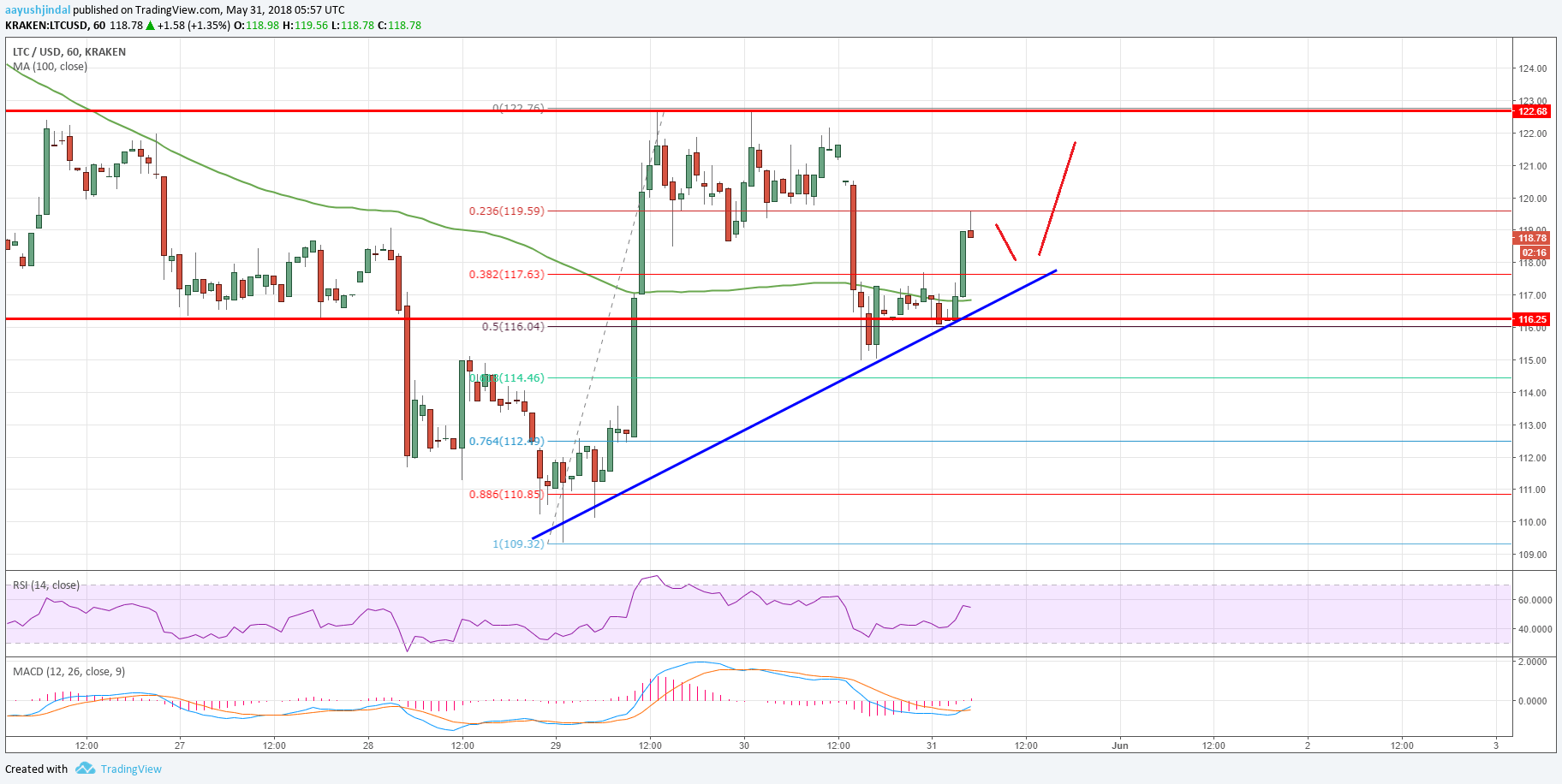 Litecoin price corrected lower after trading towards $122 against the US Dollar. LTC/USD found support near $116 and is currently trading with a positive bias.

Yesterday, we saw a nice upside move in litecoin price above the $120 level against the US dollar. The LTC/USD pair traded as high as $122.76 before starting a downside correction. 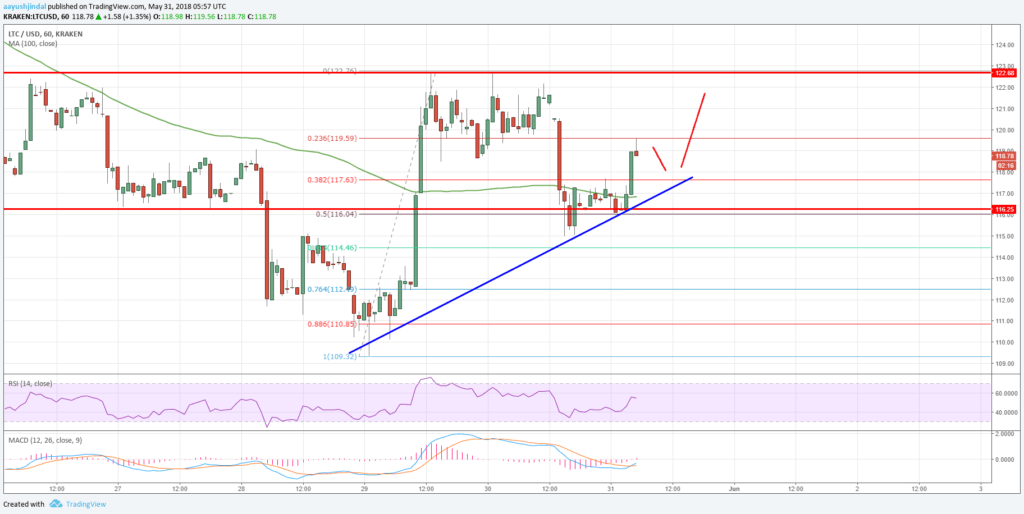 The price moved back higher above the $117 level and the 100 hourly simple moving average. More importantly, there is a significant bullish trend line formed with support at $117 on the hourly chart of the LTC/USD pair.

The pair seems to be well placed above the $115-116 support area and it could continue to move higher in the near term. On the upside, an initial resistance sits near the $122 level. Above the stated $122 resistance, the price may perhaps break the $125 level for more gains in the near term.

On the downside, the trend line support at $117 is a decent buy zone. However, the most important support and buy zone is near $115-116. Should there be a break and close below $115, the price will most likely move back in a bearish zone.