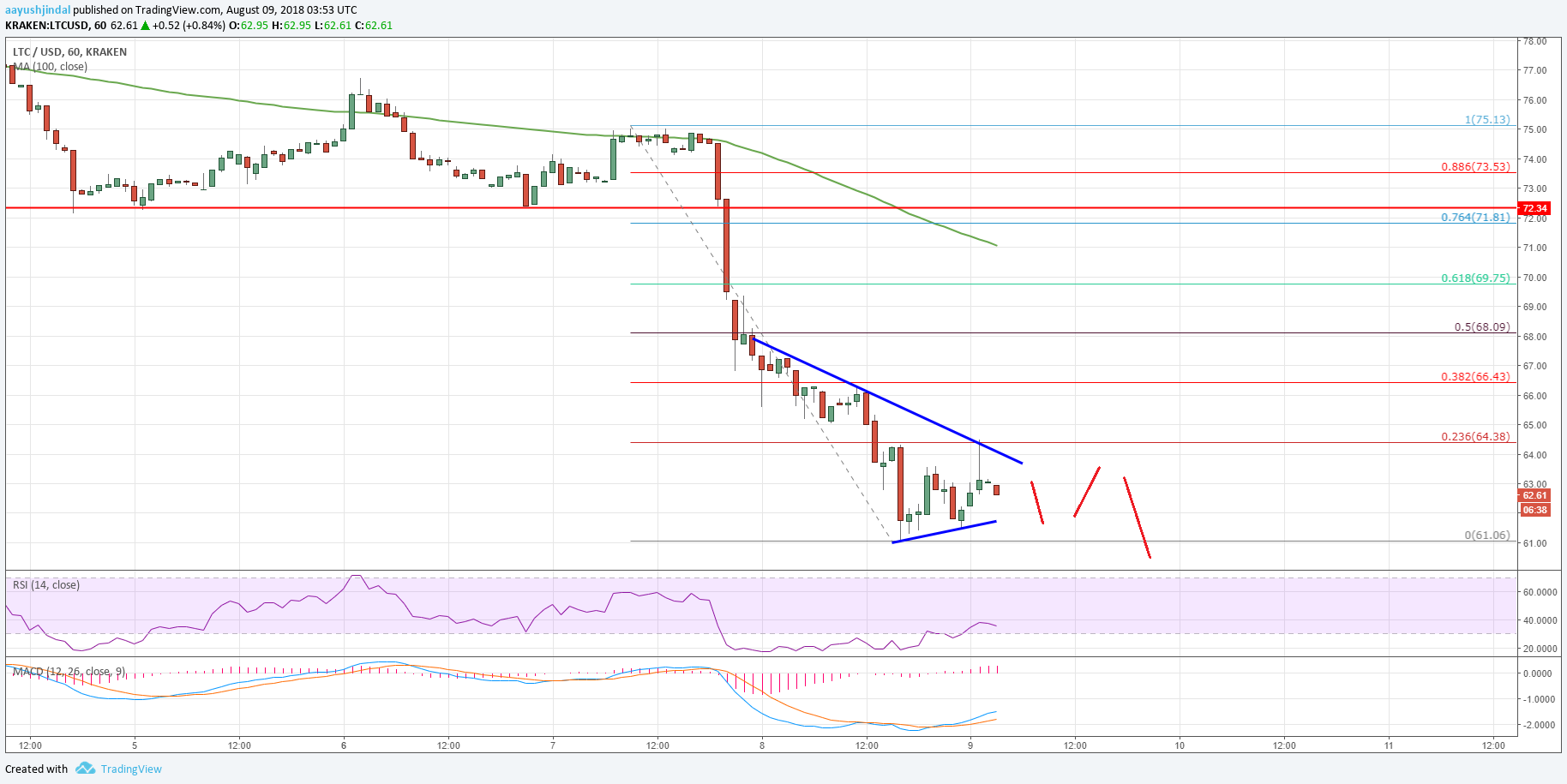 Litecoin price extended declines and traded close to the $60.00 level against the US Dollar. LTC/USD is likely to decline further and it could even break the $60.00 support.

Yesterday, we saw heavy declines in litecoin price below the $70.00 level against the US dollar. We discussed that the LTC/USD could extend declines and it may even test the $60.00 level.

Looking at the chart, LTC price extended declines below the $65.00 support levels and traded close to the $60.00 level. A low was formed at $61.06 and the price is currently correcting higher. 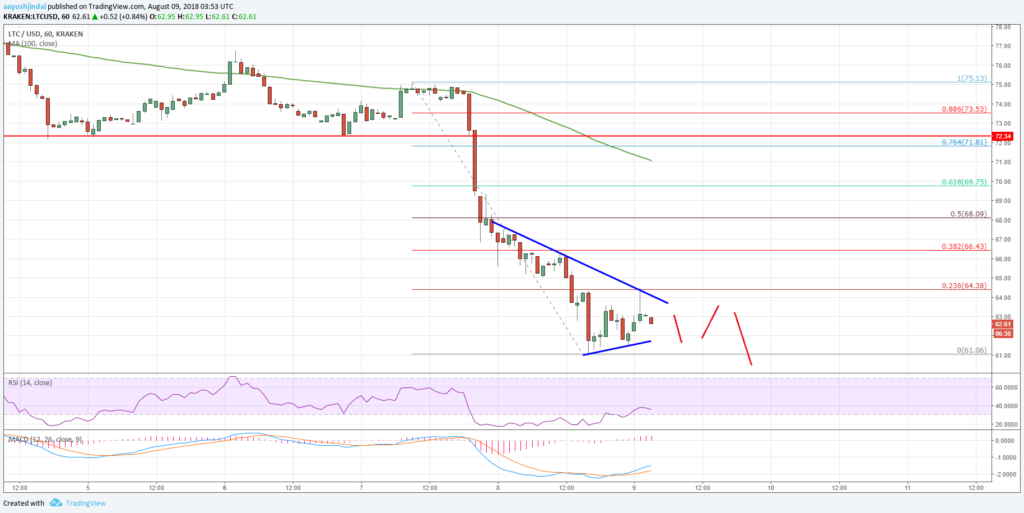 Moreover, there is a short-term breakout pattern forming with resistance near $64.00 on the hourly chart of the LTC/USD pair. If the price breaks the triangle resistance and moves past $65.00, it may test the next resistance at $68.00.

The next support is at $60.00, below which, the price may face an increased selling pressure. In the mentioned case, the price could even break the $58.00 support.