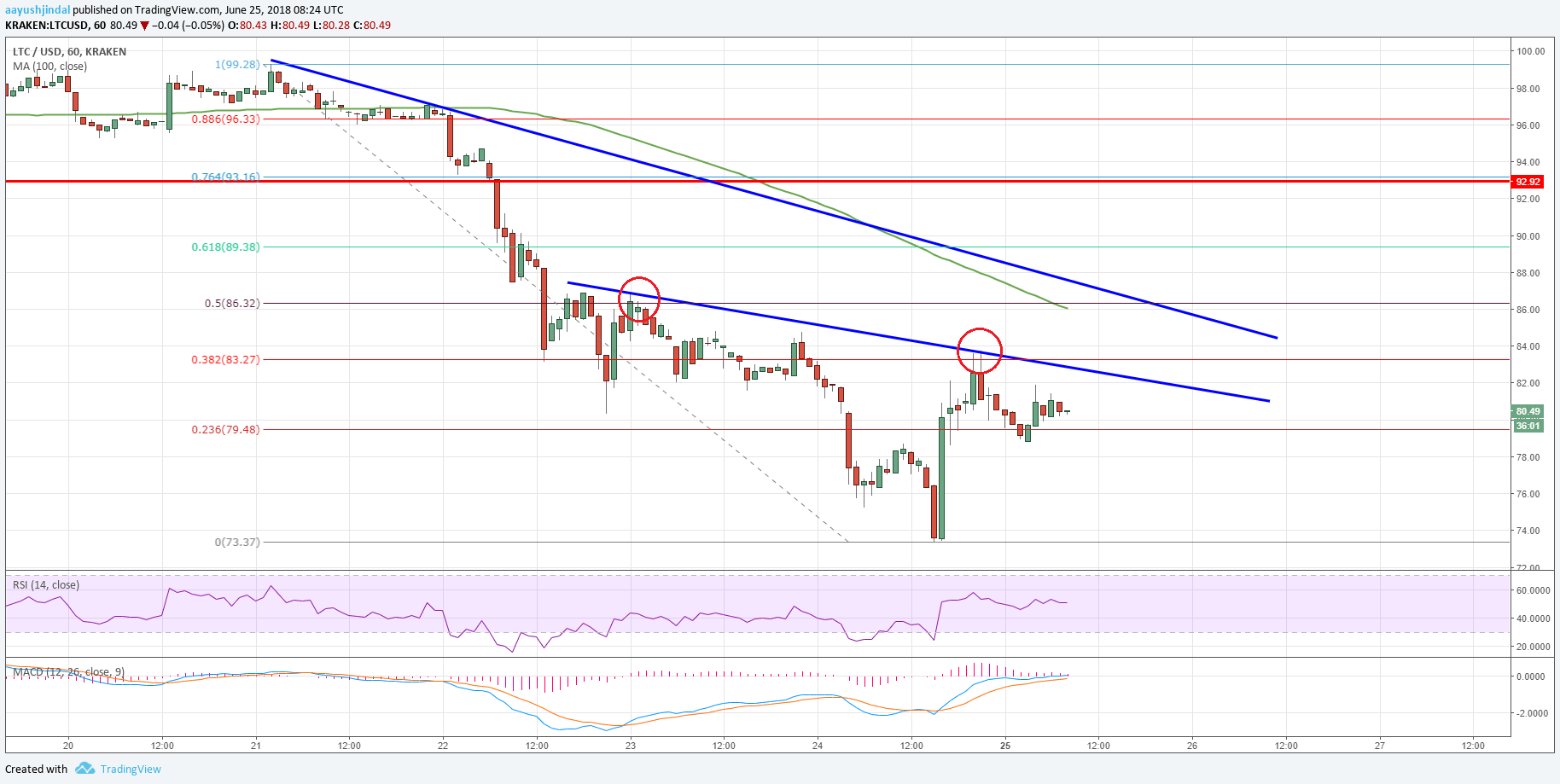 Litecoin price declined below the $80 support against the US Dollar. LTC/USD is currently recovering, but upsides are capped by $82 and $85.

There were further losses noted in litecoin price after it failed to recover above $93 against the US dollar. The LTC/USD pair declined sharply and broke many supports such as $90, $80 and $75.

Looking at the chart, the price traded as low as $73.37 before buyers succeeded in defending more losses. Later, the price started an upside correction and moved above the $75 level. 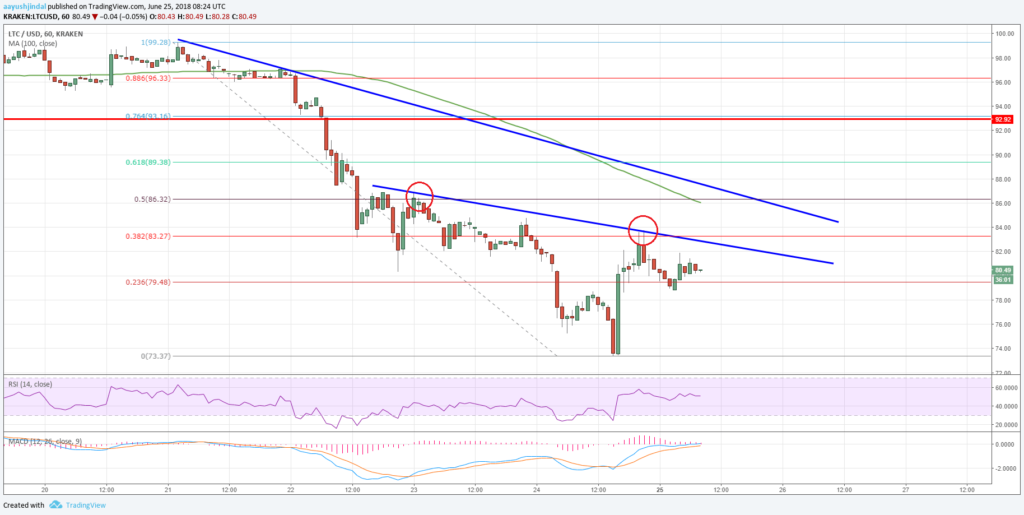 There was a break above the 23.6% Fib retracement level of the last decline from the $99.28 high to $73.37 low. However, the upside move was capped by the $82-85 resistance zone. More importantly, there are two bearish trend lines formed with resistances at $82 and $86 on the hourly chart of the LTC/USD pair.

The first trend line along with the 38.2% Fib retracement level of the last decline from the $99.28 high to $73.37 low stopped the recent recovery. Above the $82 resistance, the second trend line at $85 and the 100 hourly simple moving average are likely to stop gains.

Therefore, it seems like the $82-85 resistance zone may well play a crucial role in the near term. A successful close above $85 could open the doors for more recoveries. The next hurdle awaits at $93, which was a support earlier.

On the downside, an initial support is at $75, below which, litecoin price may perhaps decline further towards the $70 level. The overall price action is bearish as long as LTC is below $85 and $93.