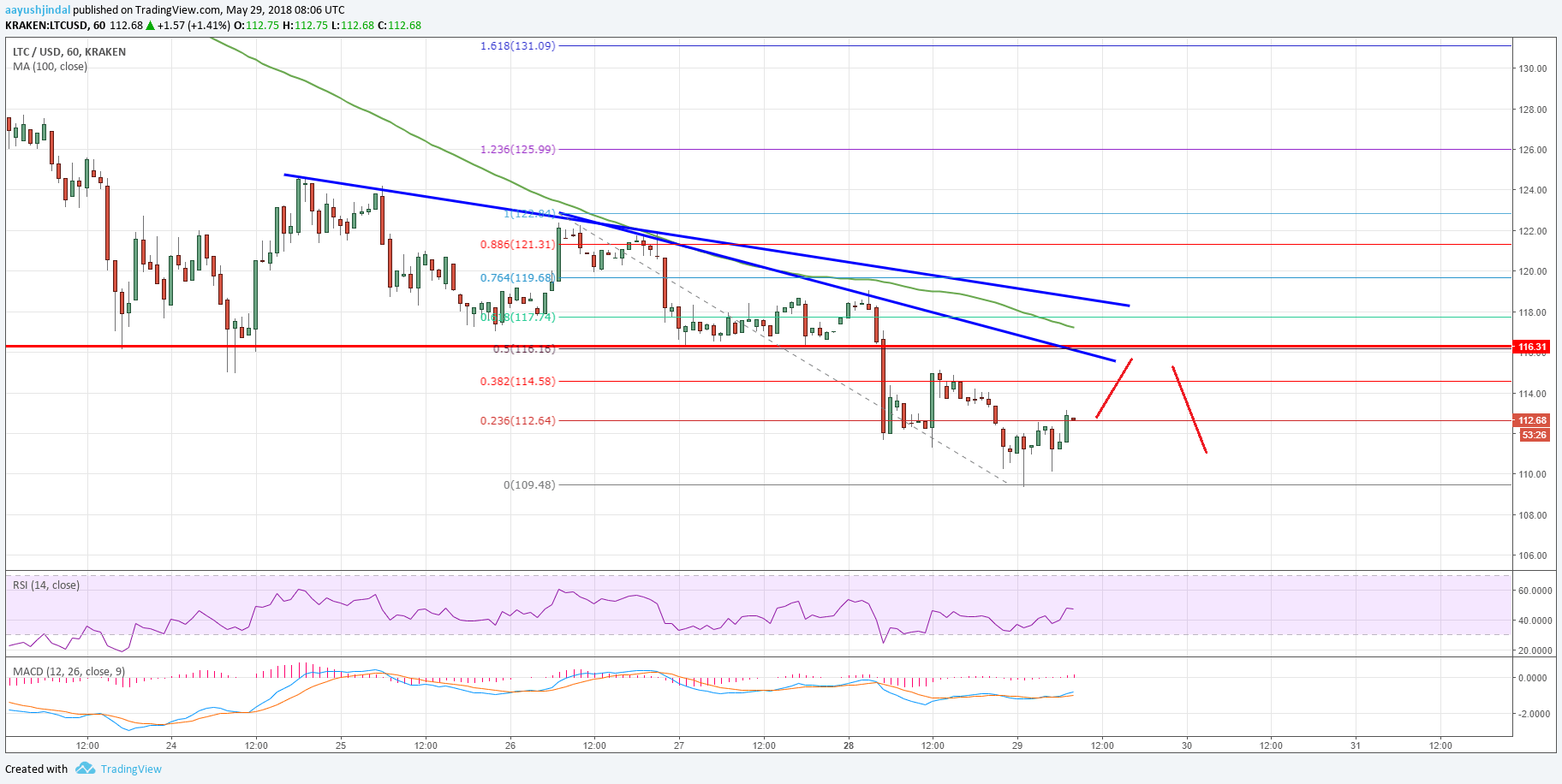 Litecoin price traded further lower below $110 against the US Dollar. LTC/USD remains in a downtrend and any upsides may face sellers near $116 and $120.

There were further losses noted in litecoin price below the $115 level against the US dollar. The LTC/USD pair broke yesterday’s low at $111.71 and traded to a new low below $110.

Looking at the chart, the price is in a clear downtrend below the $115 and $120 pivot levels. The recent low was formed at $109.48 and the price is currently correcting higher. 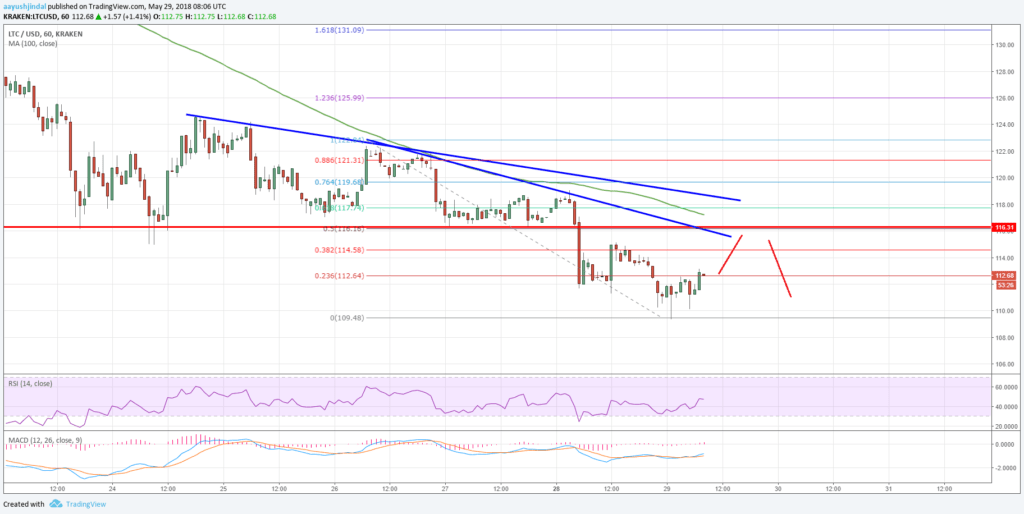 The price is currently trading near the 23.6% Fib retracement level of the last decline from the $122.04 high to $109.48 low. It may move further higher by $2-4 in the near term. However, there are many barriers on the upside.

Furthermore, there are two bearish trend lines formed with resistance near $116 and $119 on the hourly chart of the LTC/USD pair. The second trend line near $119 is also close to the 100 hourly simple moving average.

Therefore, if litecoin price moves higher from the current levels, it could face a heavy selling interest near the $116 and $119 resistance levels. Above $120, the price may well recover towards $130.

On the downside, the $110 level is likely to hold declines in the short term. Should sellers succeed in breaking the $110 support level, there could be more losses towards the $100 handle.