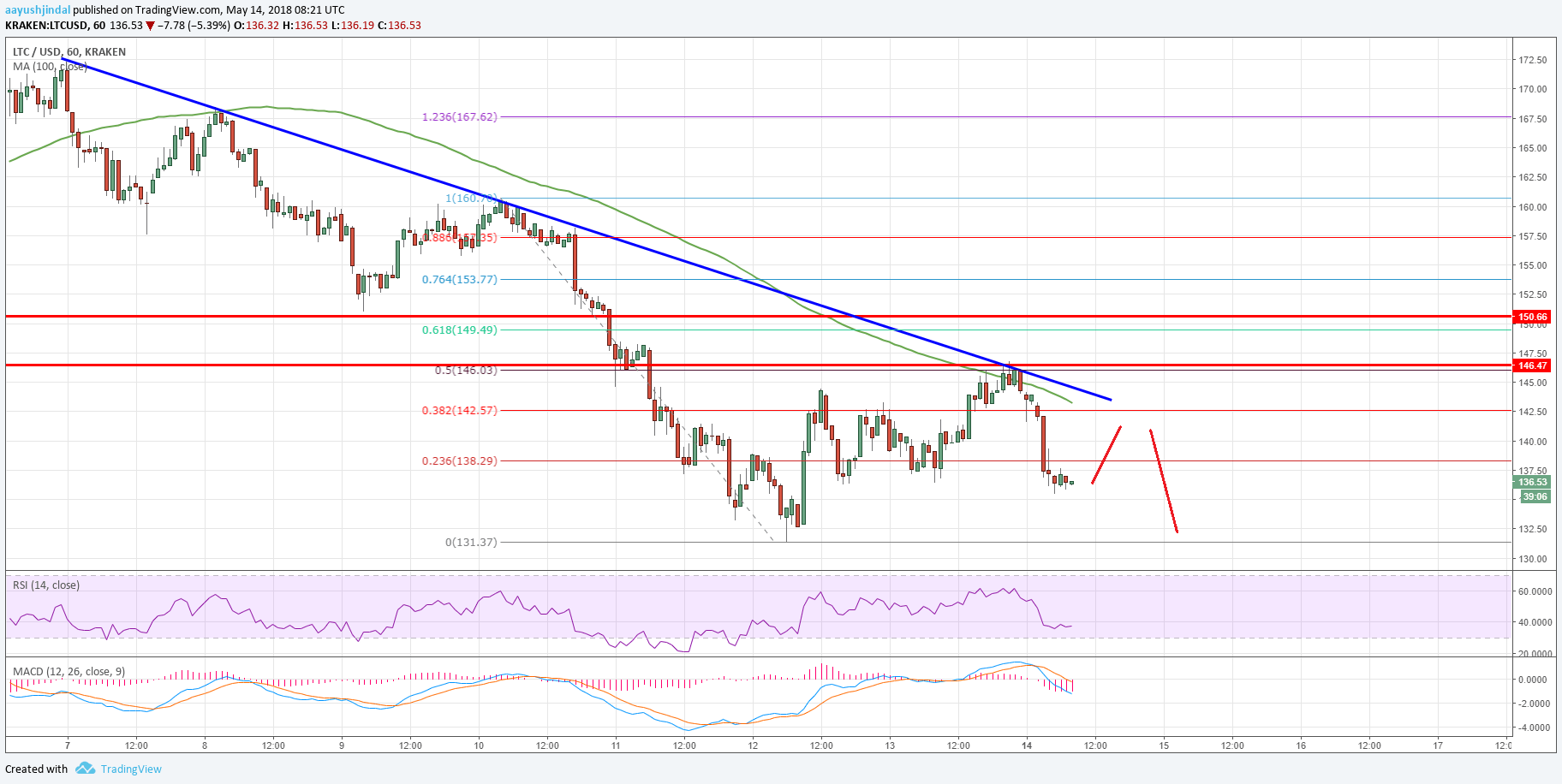 Litecoin price faced a tough resistance at $145 against the US Dollar. LTC/USD is currently under pressure below $145 and it remains at a risk of more declines.

After a major decline, litecoin price found support near the $131.00 level against the US dollar. The LTC/USD pair traded as low as $131.37 before buyers protected more losses. 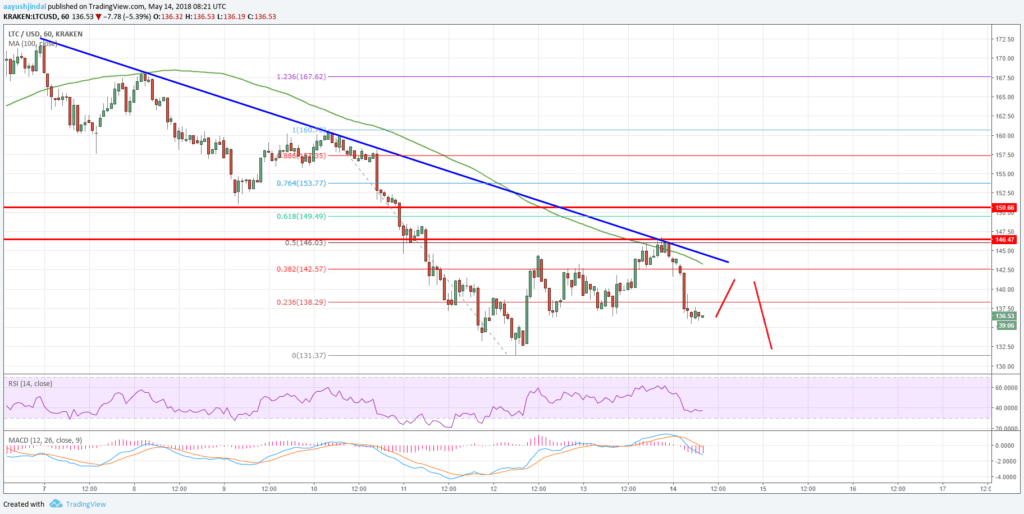 However, the upside move was capped by a major resistance at $145. The stated $145 level was a support earlier and is currently preventing upsides. Moreover, the 100 hourly simple moving average also protected gains around $144-145.

More importantly, the price was rejected from the 50% Fib retracement level of the last drop from the $160.78 high to $131.37 low. LTC buyers also struggled to break a crucial bearish trend line with resistance at $143 on the hourly chart of the LTC/USD pair.

Overall, the current bias is bearish below $142 and $145. In the short term, there might be ranging moves below $145 before litecoin price makes the next move either above $145 or below $130.