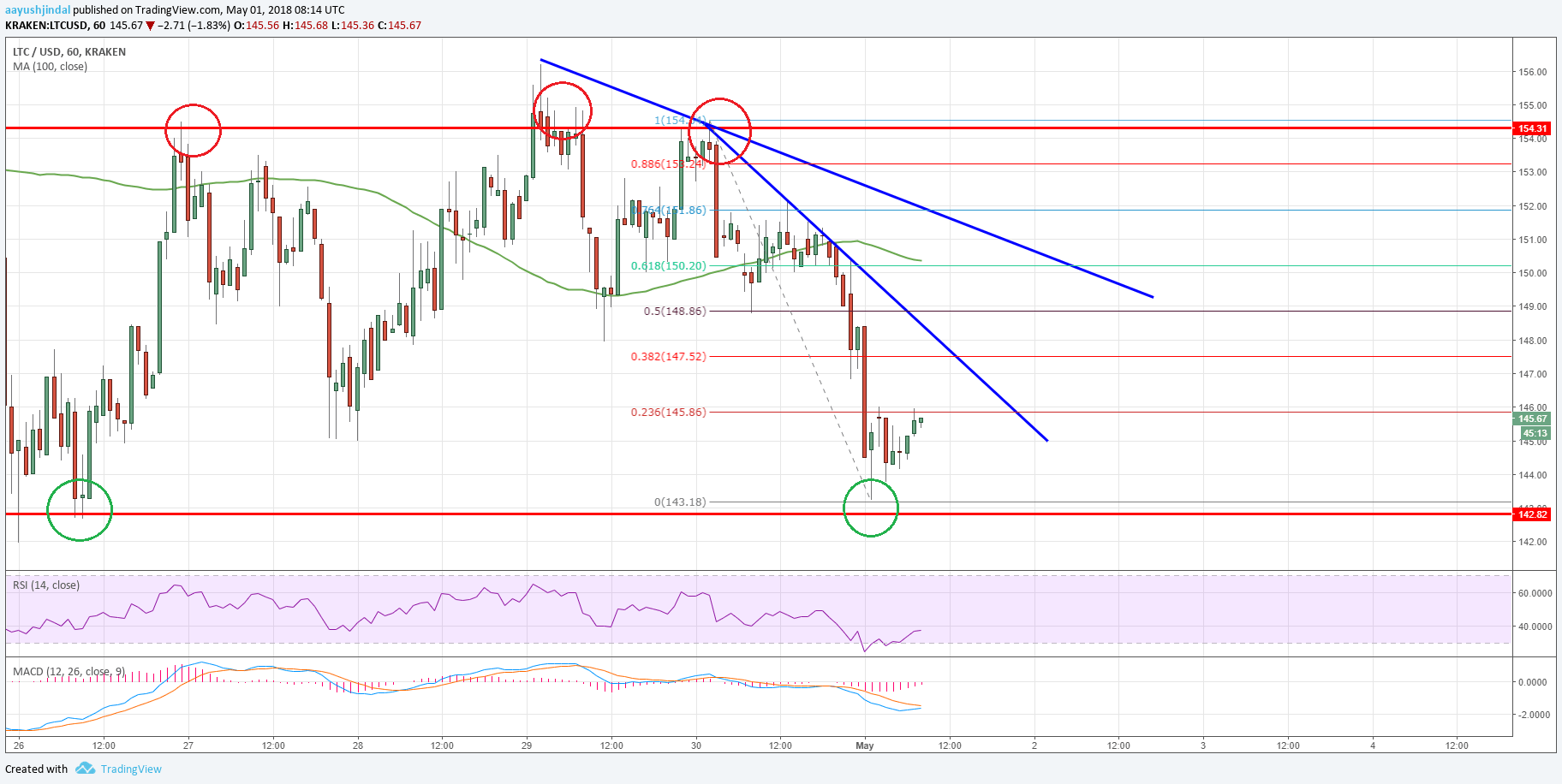 Litecoin price failed to move above the $155 barrier against the US Dollar. LTC/USD declined sharply and is currently testing the $142 support.

Yesterday, we discussed an important resistance near $155 and $156 in litecoin price against the US dollar. The LTC/USD pair could not break the stated $155 barrier and started a downside move.

Looking at the chart, there was a sharp reaction after the price was rejected thrice from the $155-156 resistance. It declined and broke the $150 support level along with the 100 hourly simple moving average. 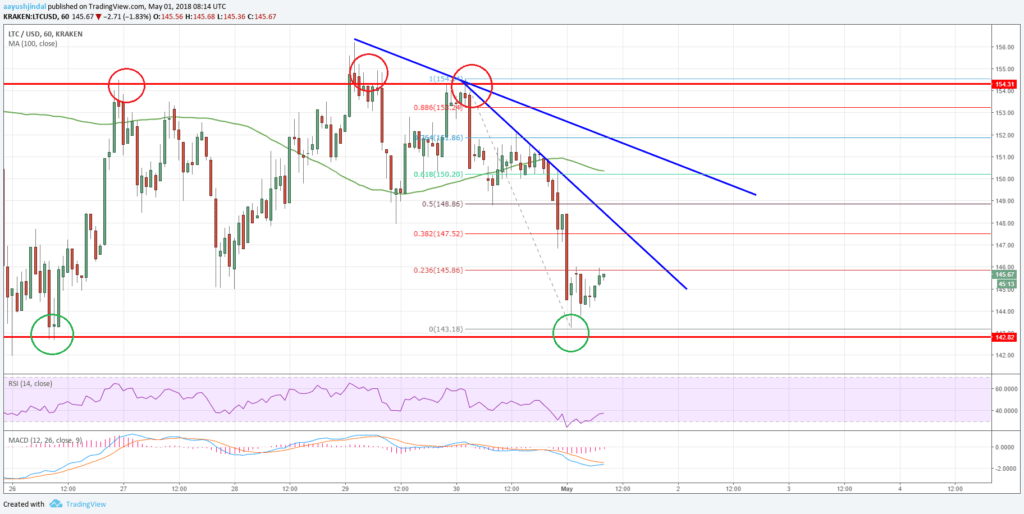 The decline was strong and the price traded close to the $142 support zone. An intraday low was formed at $143.18 before the price started consolidating losses. It is currently testing the 23.6% Fib retracement level of the last drop from the $154.34 high to $143.18 low.

There are also two connecting bearish trend lines forming with resistance at $148 and $151 on the hourly chart of the LTC/USD pair. The second trend line is more important since it coincides with the 50% Fib retracement level of the last drop from the $154.34 high to $143.18 low.

Additionally, the 100 hourly simple moving average is positioned near the $150 level. Therefore, the $150-151 zone is likely to act as a strong barrier for buyers if the price continues to correct higher.

On the downside, the $142 support region holds a lot of importance. LTC price must stay above $142 to avoid further declines toward the $135 and $130 levels.

Overall, the current price action is slightly bearish with a strong support around the $142 level.