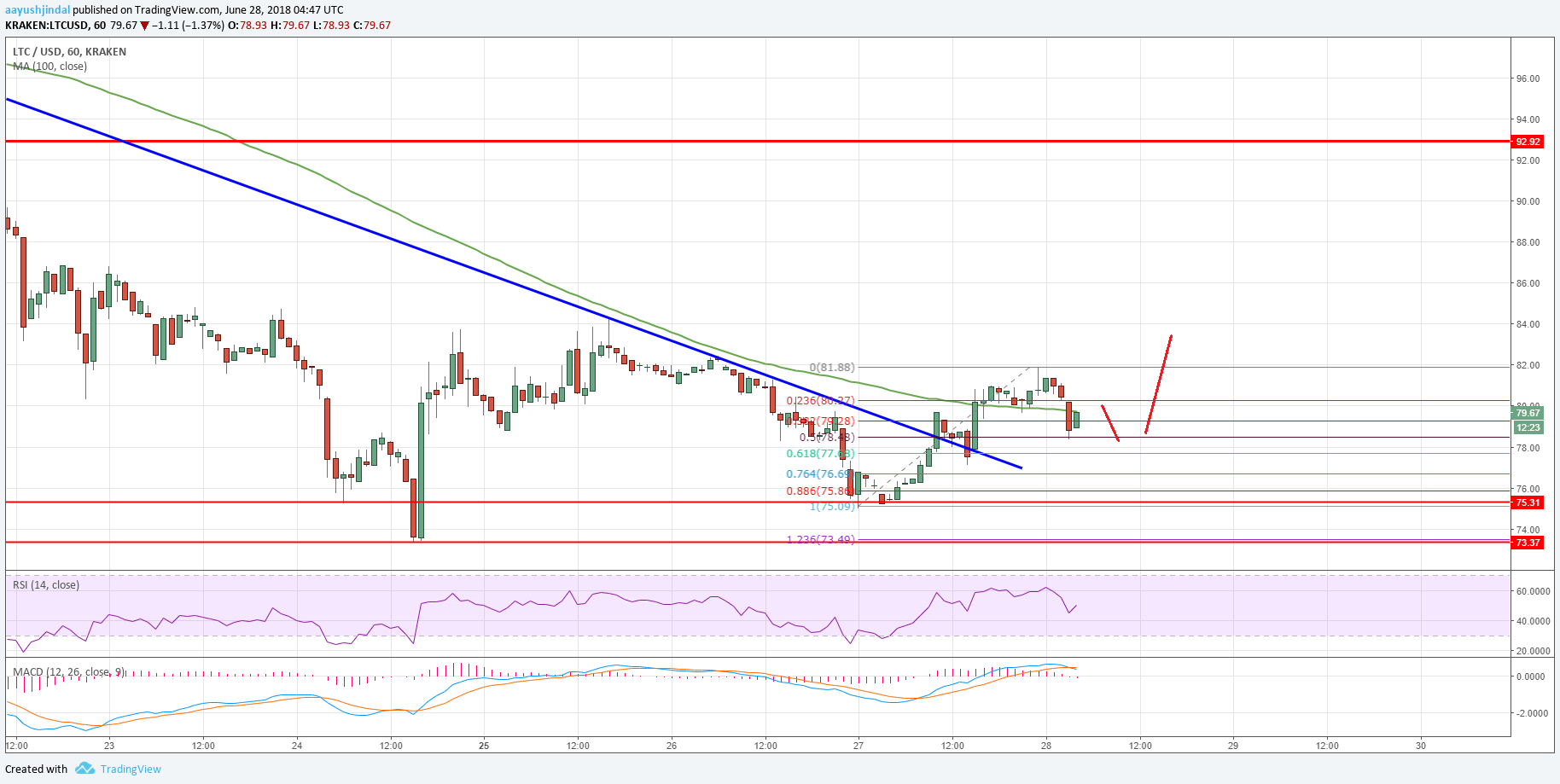 Litecoin price found buyers near $75.00 and recovered a few points against the US Dollar. LTC/USD traded above $80.00, but it failed to gain traction.

During the past two sessions, there were ranging move above the $75 level in litecoin price against the US dollar. The LTC/USD pair managed to recover a few points above the $78 and $80 levels, but upsides were capped.

Looking at the chart, the price managed to move above the $80 resistance and the 100 hourly simple moving average. More importantly, this week’s highlighted significant bearish trend line was breached with resistance at $77 on the hourly chart of the LTC/USD pair. 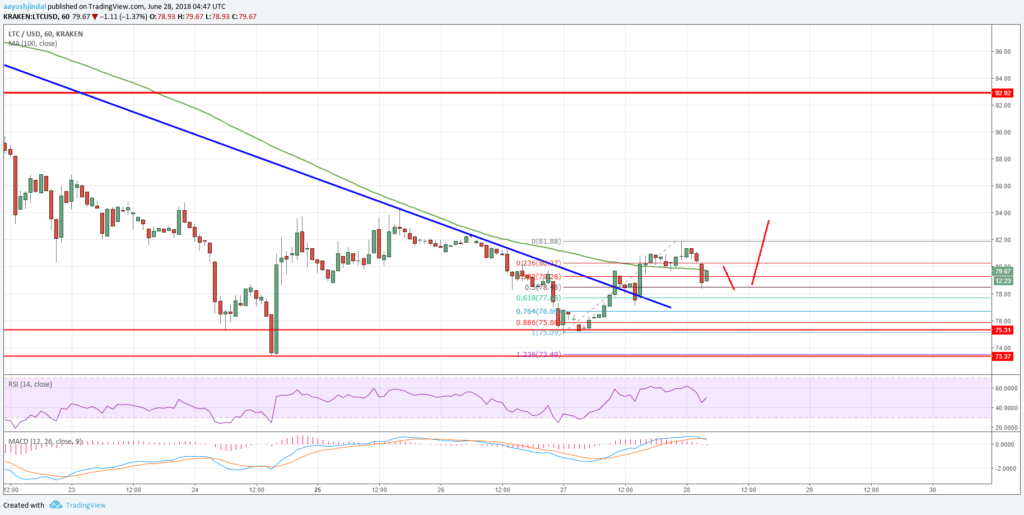 Should there be more declines below the $78.00 support level, the price may perhaps move back to test the last swing low of $75.00. On the flip side, the price must break and settle above the $80-82 resistance zone to gain traction.

Above $82, the next major barrier for buyers is near $93. In short, the current market sentiment for litecoin price is stable as long as the price is above $75.00.