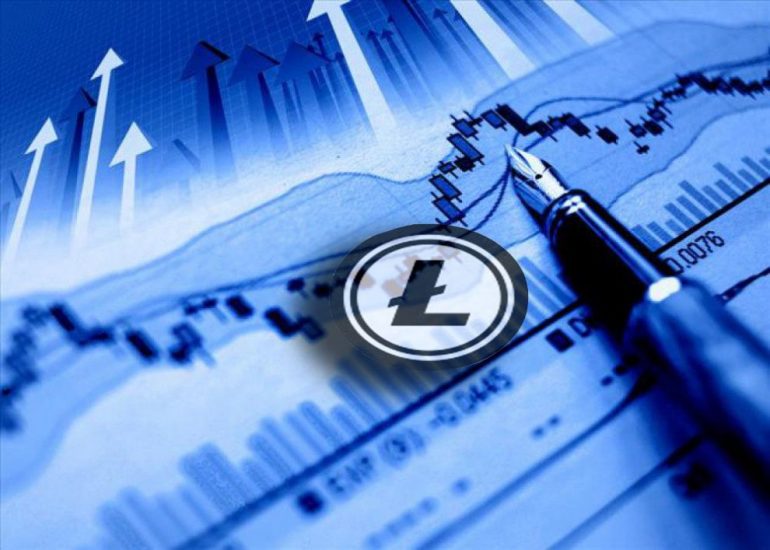 Litecoin price is being included in the whole market comeback on Oct 3. How far will the Silver Coin reach this time.

Charlie Lee’s virtual currency – Litecoin is returning on the green area after being tanked down by BTC traders for the last few days. The same experience did almost all altcoin’s go through as Bitcoin and Bitcoin Cash were on a surge momentum. Since Yesterday low formed at $50.00 which will continue support the value from any significant losses, the pair LTC/USD is on a spiking gain returning to its previous trading ground. 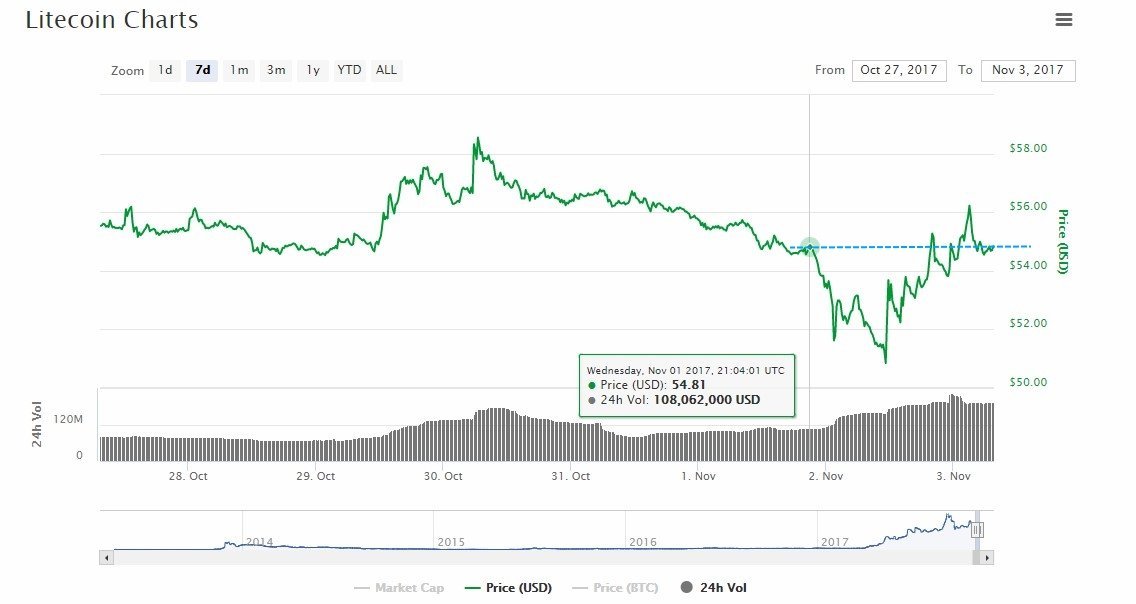 After the gain during the early hours of Oct 3rd, Litecoin price climbed to $56.22 but returned below its last mark before declining on the 1st of Nov at $54.00. It is the same state for other virtual currencies on the top ten list by market capitalization except Bitcoin Cash and Bitcoin. Recovering on small steps while a balanced trade is going on between bulls and bears. So, it is the moment when one will take the upper hand obviously.

Bitcoin Cash is leading the ‘green-gaining day’ for the digital currency world by 22.58% increase in the last 24-hours reaching to a surprising $678.11 level with a market cap of $11.3 billion, leaving Ripple far of behind with only $7.9 billion as it did not have any major movement for a very long time now hovering just above $0.2000.

BitConnect has surpassed Dash for the 6th place by only $2 millions right now as its ascending pattern has no stop for a week now. For any next-step movements, keeping in mind the digital assets act as commodities, it is very important to analyse – Bitcoin’s, the leader of the pack, movement before putting ‘any bet’ for gain.