Litecoin Price Returns and Stabilizes over $300.00 – The Silver Coin 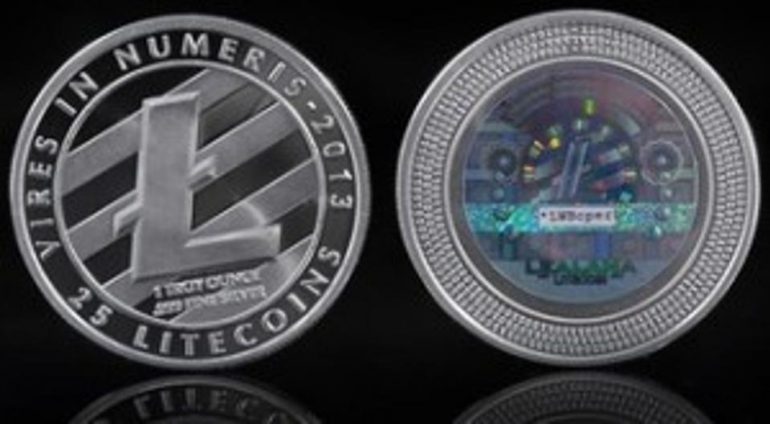 Litecoin token price cemented trading ground has been proved as it is balancing bears and bulls over the major $300.00, and more so – LTC/USD is on the green-gaining area.

If you take a step back, and take a look at the monthly-long Litecoin price against the US Dollar chart, very noticeable will be the fact that as soon as LTC reached the new heights of $80.00 it ranged and stabilized reaching for higher ground. A similar event is taking place right now after it rocketed upwards for the $300.00. 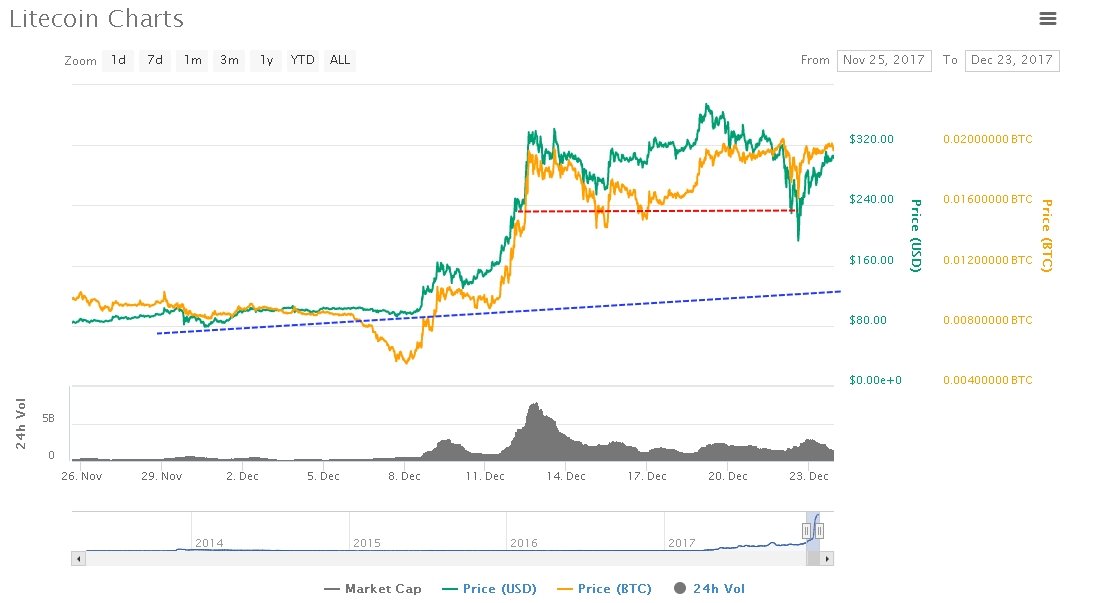 Only by that fact – the confidence, enthusiasm and believe that many have in the Silver Coin can approved easily as it deserves to be part of the leading cryptocurrencies by market capitalization size.

As the #1 of the pack – Bitcoin bounced ‘to the moon’ the previous weeks, it initiated a huge impact on the general-global market, as many new traders and investors were stepping in trying their best to pinpoint what would be the next big thing. However, with all the talk [particularly with the virtual currencies at the top of list] the next big thing could be all of them, while many choose a token that is less in price but could ride the upwards train any minute.

With that confidence, altcoins like Litecoin, NEO, or IOTA marked new heights that once were just dreamy record marks. For anybody that is new in the game just keep in mind that any drop or crash is not that alarming if you look at the value development of, for example, Litecoin against USD which one or two months ago was struggling to overcome the $60.00. For now any point above $100.00 is to be called success and let alone the fact that it is trading above $300.00 after recovering and gaining 8.00 percent in the last 24-hours.