Litecoin market was best described on Friday by its 24-hour increase – a 30 percent climb to the $91.32 price against the US Dollar, finally flying past and over the major $90 mark with a market cap of $4.816. Second to only ETC by increase on Friday (Ethereum classic – 32.34 percent) – According to CoinmarketCap.

The daily market trading was breaking records with $1.5 billion only in one day especially Bithumb, OKCoin.cn and Huobi.

Generally, as much anticipated throughout the crypto-world – the latest LTC/BTC climb came due the comments of its creator Charlie Lee about the Lightning Network, its cross-chain-swaps concept and the Segregated Witness activation on BTC network keeping in mind the LTC was the very first to Lock-in SegWit.

However, the value drew back in a short time period – just a couple of hours to the $77.70 mark with a decrease of -7.60 percent on Saturday Sep 2 and a market cap just holding above $4 billion.

This is “the same fate” all Top-Cryptocurrencies (based on market cap) have experienced today after the major upward flow they have appreciated. But, Litecoin at one point was the only virtual currency (out of the top-10) that was increasing and there was much demand requested even all other coins were on the low negative of dropping in minor crashes just in a couple of minutes.

All was concluded with a declining phase even for “the Silver Coin” as the community confidence dropped and the quick-term profit making selling pressure returned strong. 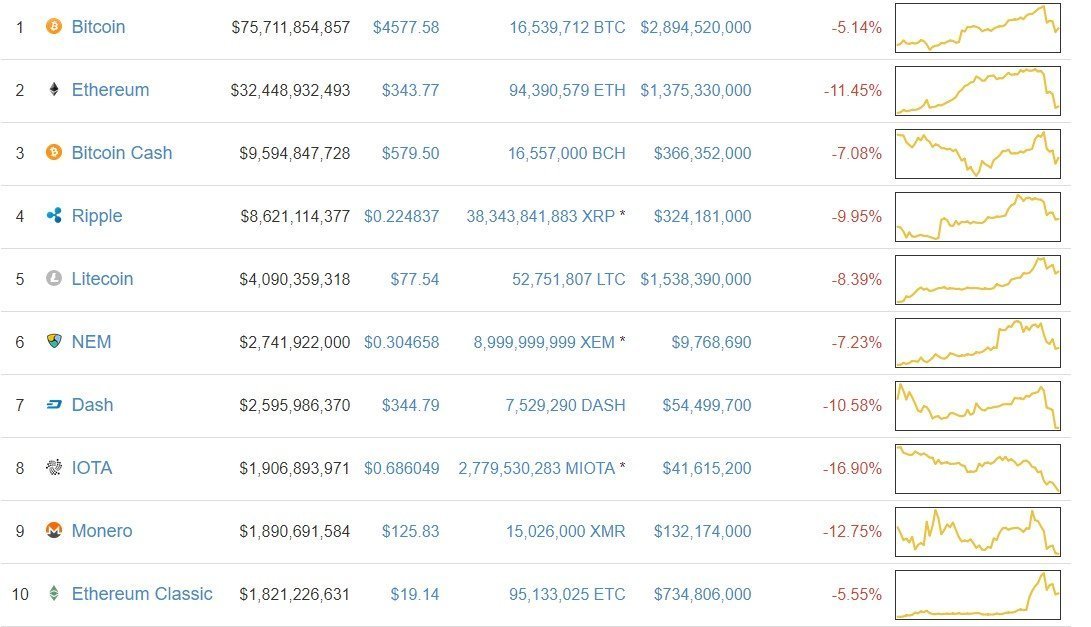