Looking for a Different Choice: NEM (XEM) a Future Winner!

Based on information on CoinMarketCap – there are 1654 digital currencies [at least listed on CMC]. Mostly when it comes to choices in life, there are two or options what to do next. However, in the market as you can see its a 4 digit number and each one is looking more promising than the other.

There are coins that are standing above other when it comes to potential of success and growth in the upcoming years.  And as it is looking like, NEM is one of them. The coin is way ahead of its competition in terms of development and adoption of its technology. Looking at the well tabled comparisons done by Reddit user, Metasaurus_Rex, of NEM with another great project Cardano (ADA), NEM leads the way in terms of project developments.

Based on the above info, NEM has already tested and finished various projects that are similar to that of Cardano [ADA]. The latter one has yet to clear many of the objectives but does welcome its greater market capitalization.

NEM provides security to the cryptocurrency assets while at the same time making the network much more scalable. Also, instead of focusing on smart contracts, NEM took a step further and created the concept of smart assets. These assets actually had a high amount of security as well as scalability. On top of the cake, hundred of transactions can be processes in a single second via its network.

The BNK – Bankera Exchange has declared that full NEM support will be implement in the yet to come out platform. It is planned to be released on the third Q 2018. The Bankera project is targeting to the first to deliver complete crypto-banking with Long Wong – President of NEM Foundation, being one of its advisers. The banking system, as hoped, is planned to be more efficient and better than fiat banking. Bankera tokens will be issued as NEM token mosaics as these mosaics parts will be tradable. At that point, what can stand on the way of NEM.

What makes NEM very different from, lets say, Ethereum or Bitcoin – is that it does not require thousands of powerful but much electricity consuming machines. Using the PoI or proof-of-importance protocol, its node can by run by a the cheapest kind of computer. PoI also encourages people to actually use NEM, rather than just store it.

Tightening its security with EigenTrust++ for node reputation and a spam protection localizing engine that shuts down spammers speedy. Both existing in the same network, make NEM leading when it comes to security.

Even that the second in lead Ethereum does deliver Smart Contracts, you have to write them yourself. That concludes that only developers can do it. NEM has made making or editing multi-signature contracts as easy as a few clicks. 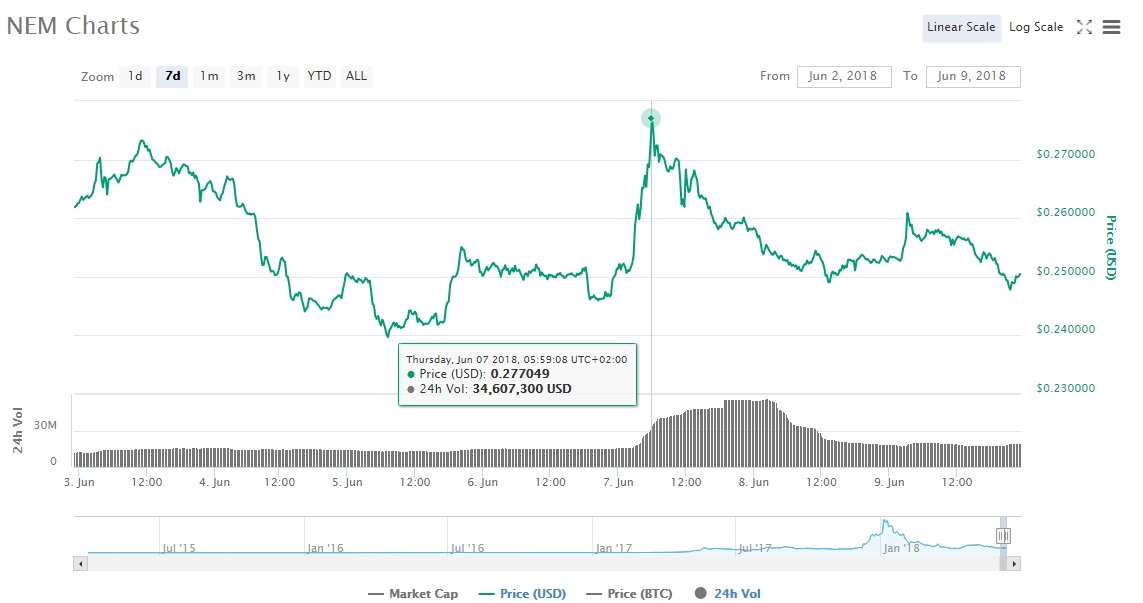 Trade Safe and do not Overtrade!