Implemented on the second largest blockchain Ethereum (ETH) network while depended on the concept of smart contracts, Maker [native token MKR] is a case when the much criticized crypo-volatility is overcome to an extend being backed by Ether.

Despite that Tether is one of the most popular stablecoins, much doubt surrounds the coin. Lack of decentralization and transparency, emerged proof that it is backed by the dollar and the rumours that it was used to move Bitcoin’s BTC price for one’s [group] benefit could possibly make it unworthy of its fame.

Against the US Dollar – MKR is standing strongly having one of the most positive second-month of 2019 performances out of the leading cryptocoins in the market. Going by market capitalization the 16th largest cryptocurrency – is in the green at 4.79% for the last 24-hours leading the BTC market for 4.11% making sure to position itself far upward the declining trend that has been taking place since Jan 2018. 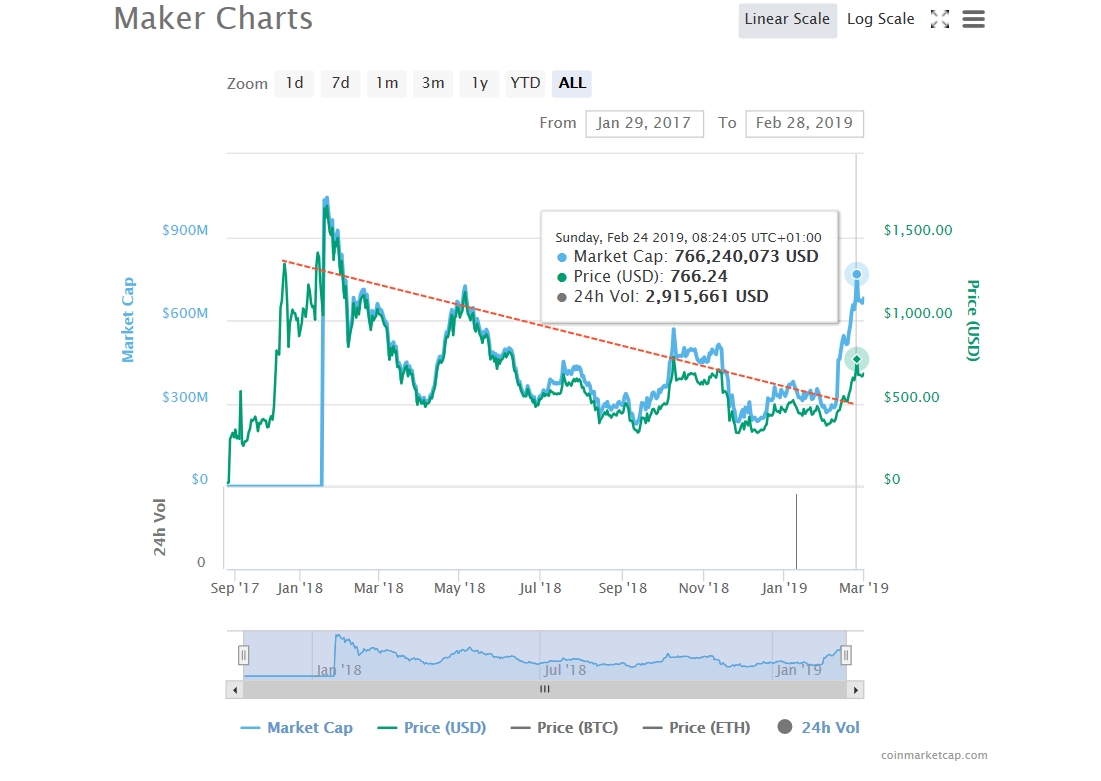 Just recently – MakerDAO decided to raise the stability fee from 0.5 to 1 with the target to decline and easier-flow fluctuations in DAI’s price peg of the US Dollar. Many appreciated and welcomed the plan set in motion as an advancement towards better economic assurances and stability by the team. Additionally, the automated ETH exchange protocol – Uniswap, took over Ethfinex exchange platform as in the first place by trading MKR against ETH.