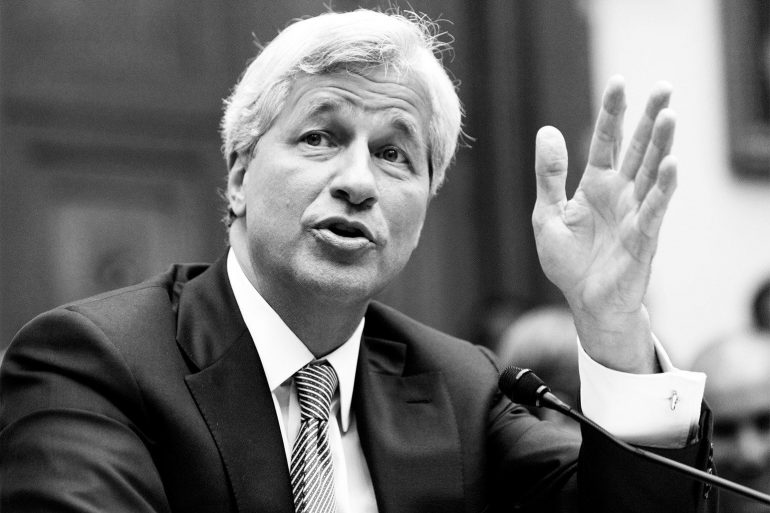 Managing partner for a Bitcoin market trading company – Florian Schweitzer together with a Swedish based regulator has drafted out and filed a complaint for Jamie Dimon and his talk against Bitcoin calling it “fraud” around one week ago which was followed by JPMorgan that did start buying into a Bitcoin tracker fund.

The Swedish Regulator was asked to investigate the Chief Executive of JPMorgan – J. Dimon by Schweitzer who runs a London-based firm Blockswater that trades approx a $25 million volume per month.

Jamie Dimon on his speech around bitcoin in a conference in NY, for CNBC said that:

“bitcoin is just not a real thing, (and) eventually it will be closed.” He also claimed he would fire any JP Morgan trader engaging in bitcoin activity.

The interview of the Chief Executive was followed a couple of days later with JPMorgan becoming a very active Bitcoin XBT buyer, a bitcoin tracker fund based on the Nasdaq Nordic in Sweden. It gives you the possibility to buy and hold bitcoin as you are not concerned how to keep them secure.

Bitcoin price against the US Dollar did decline for 25 percent the days following Dimon’s comments for the cryptocurrency as it tanked the value recovery together with other regulation news (China banning). The Zero Hedge blog did accuse JPMorgan for buying Bitcoin on the cheaper roll and JPMorgan did reply to Reuters about the accusation that it was acting in the role of a broker for a specific client – as they were not purchasing for JPMorgan.

According to the partner manager of Blockswater – Schweitzer, in Sweden market abuse is punishable up to 2 years in jail. This stand of point by Dimon towards Bitcoin is not news as almost three years he did call Bitcoin: “a waste of time” when the price paired with USD was around just $400. After that his next comment were:

Stating:  “there’s nothing behind a bitcoin and I think if it was big, the governments would stop it.”

Alex Gurevich – former JPMorgan Executive and head of global macro told Dimon through a twitter post that he is a very good bank CEO but no trader nor a tech entrepreneur.

Other analysts and experts said Dimon could have made such comments as a way to protect JPMorgan’s ongoing blockchain development, research and operations.