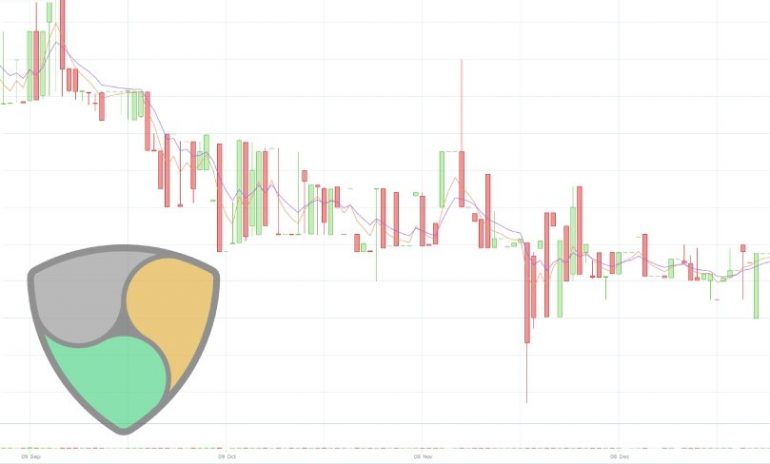 NEM price has jumped up to $0.2500 in a couple of minutes and dropped down again. However, during the process the pair XEM/USD cleared a value-dipping trend and moved to higher grounds.

NEM Changed the Game on its Favor against the USD

On Oct 16, NEM price turned the tides by moving up speedy from $0.2060 to above $0.2510. Since its all time high in Aug 31 at $0.34, XEM/USD has formed a closing in declining triangle-pattern with its critical peak around $0.2050. But the supports that have emerged did create a stable trading ground while making the range bound smaller as the chart moved. 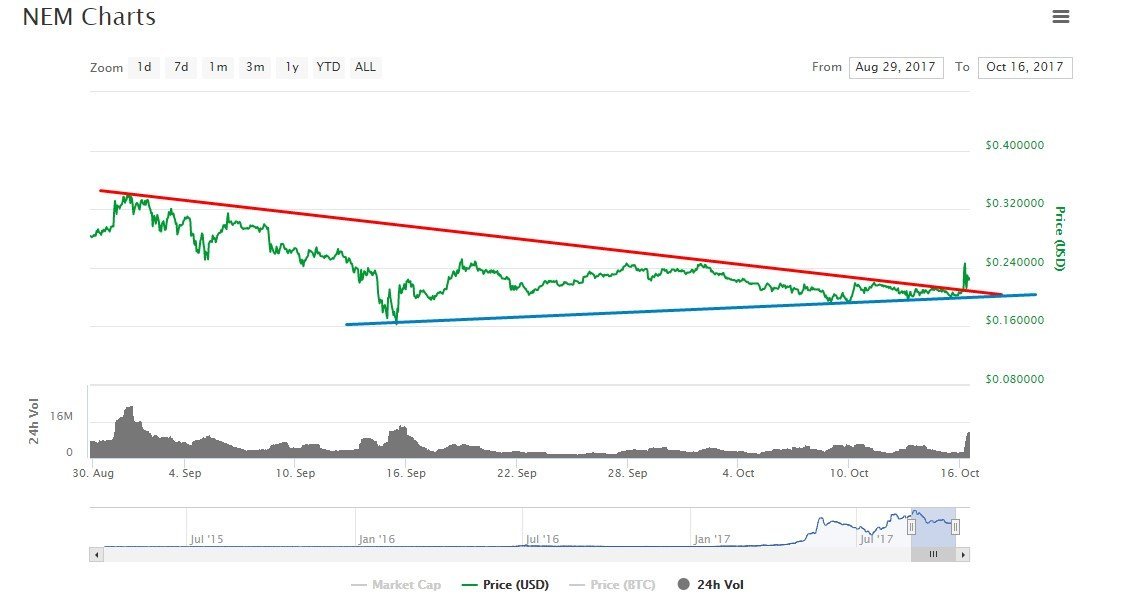 The most important levels for the pair XEM/USD to clear were $0.2000 and $0.2100 so it was able to open doors for its increase to be initiated. The area did act both as a support and barrier for quite some time.

The value now is on the attempt to move higher with the hopes that the support on the hourly chart of the bulls will be holding despite the fact that it could very likely fail because of the massive price surge in a short period of time. If NEM price does fall lower, major important supports will be sitting at $0.2200 and $0.2150. 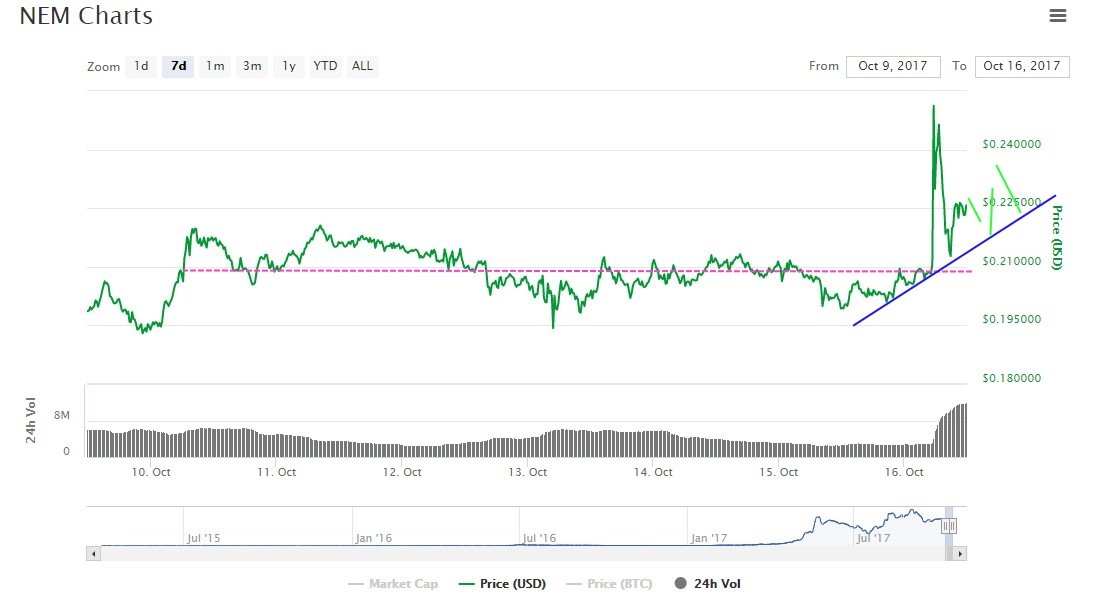 Despite all the talk if the ‘negative event’ takes place – NEM/USD is performing significantly on the favor of holders as it is on the door-step of creating a higher trading ground which could very well guarantee a return to its all-time high and retest the certain mark.