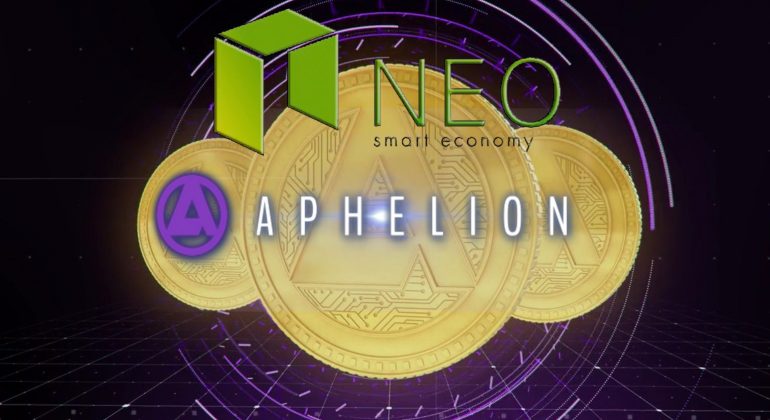 Aphelion – a team of developers have announced their plans on creating a P2P trading platform based on the NEO blockchain, included with APH token that will have the purpose as an escrow utility.

The white paper, new website and an explanation video has been released by the firm which are claiming to be the first true decentralized exchange while using a tokenised smart contract transaction method, which is named a Distributed Exchange Asset Ledger – DEAL.

The Initial Coin Offering will be taking place from November 15th, where Investor can take their part earlier in a private presale – while the crowd has to wait for the schedule. 170 million APH tokens will be available through the crowd sale, which aims to raise $34,000,000 in USD equivalent of NEO, BTC and ETH. Bonus tokens will be available through purchase and referral programs.

On the plans and its white paper, the Aphelion project takes its turn to critiques other P2P trading platforms and options like Shapeshift, Ripple, BitShares, Open Ledger or Bancor for them finding support in specific centralized elements for functioning and delivering their services.

“Several projects make the claim of being a P2P Decentralized Exchange (DEX). However there are very few built as dApps, completely within a blockchain. Some are centralized client to server operations that rely on an organization’s hardware and proprietary software and others are simply a protocol that requires integration into existing centralized exchanges to function properly. Aphelion aims to be one of the pioneers of DEX residing completely within the blockchain as a dApp, requiring only an open source user interface to access data and control smart contracts to trade digital assets.”

To begin with, NEO creates a unique digital economy around it’s token. NEO is a full integration of digital assets, digital identity, and smart contracts, creating a fully digitized economy that will be transparent and safe, and make money laundering and underground dealings difficult or impossible

One of the key-factors that helped NEO be struck by fame after its rebranding from “Antshares”, is its possibility in developing through traditional programming languages which Aphelion found use for. This allows the project faster development and deployment of the smart contracts and the efficiency of dBFT algorithm.

The levels that Aphelion will go through according to its roadmap are planned since March 2017, with concept development, marketing planning, research, regulatory compliance, legal consults and filings already complete. Development is scheduled to begin after the ICO in January 2018.