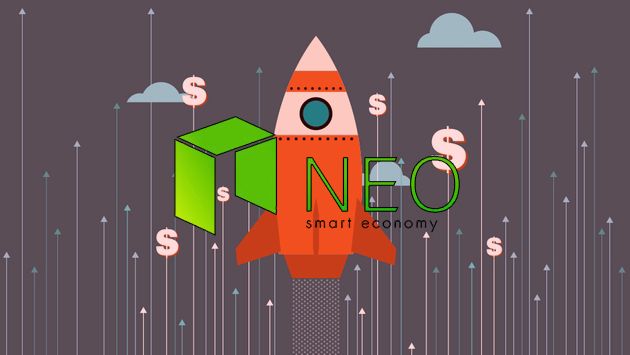 NEO – in the past known as Antshares – has taken a major step towards price recovery after its last week price ‘water deep-dive’ to only $13.29 which was almost $40 in the negative compared to its peak $50.10 a month earlier.

That was understandable as the “Chinese Ethereum” is generally a Chinese Coin with Bitfinex as the second in-lead for daily trading volume out of the exchanges that pair NEO with any currency. 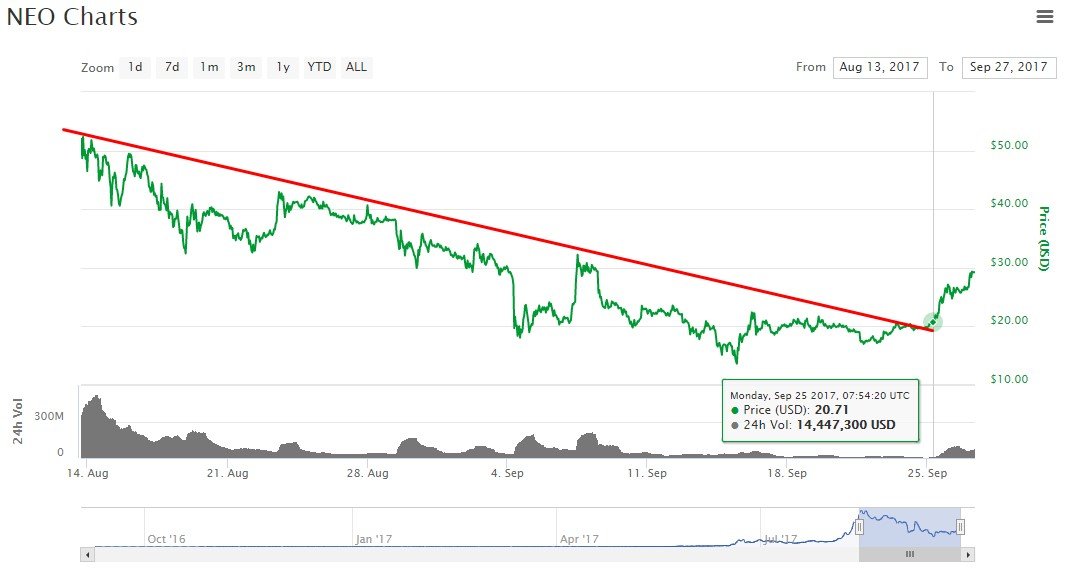 Major psychological resistance trend line was broken below the $20.00 which changed a declining flow the NEO/USD has taken since its highest spike in Aug 14 – The particular action opened gates for more increase as it is experiencing now.

With a market capitalization of $1.477 bln NEO has surpassed IOTA and Monero once again being ranked 8th in the top ten list by market cap of the leading virtual currencies pack.

With the ban on exchanges, and the generally anti-cryptocurrency sentiment in China, some thought NEO would simply cease to exist. However, just a week after having to repay some of its initial investors, the altcoin has regained much of what it lost.

Very stable performing by the cryptocurrency as it regained more than 100% increase per coin passing the $26 since its lowest $13.29.

Well cemented positioned to turn out as the best cryptocurrency and application platform in China. The crackdown could be turning out better than anybody thought for NEO.