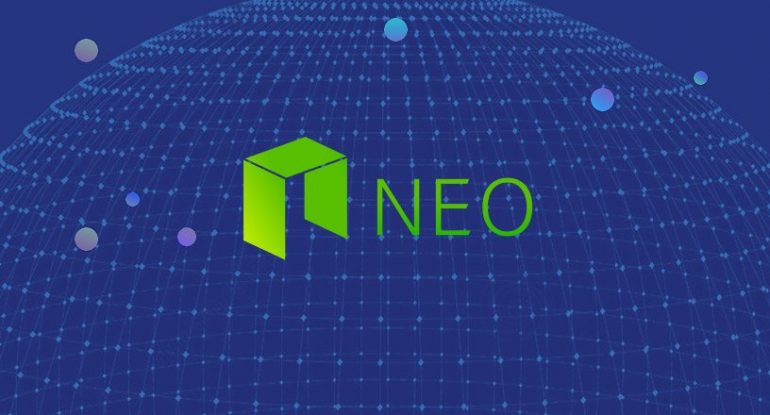 NEO price had an all day recovery surge process going on. The trade NEO/USD made it to $32.70 and now it is consolidating and preparing for another rally.

‘The Ethereum of China’ just rocked above Range

After its weekly surge on Oct 17, NEO price could not withstand near-term profit making bears and returned entering its range bound again between the important $30.00 mark and $26.50.

During its not-changing movement with no interest on trading, the value did retest the $30.00 mark for an upward break but with no success. 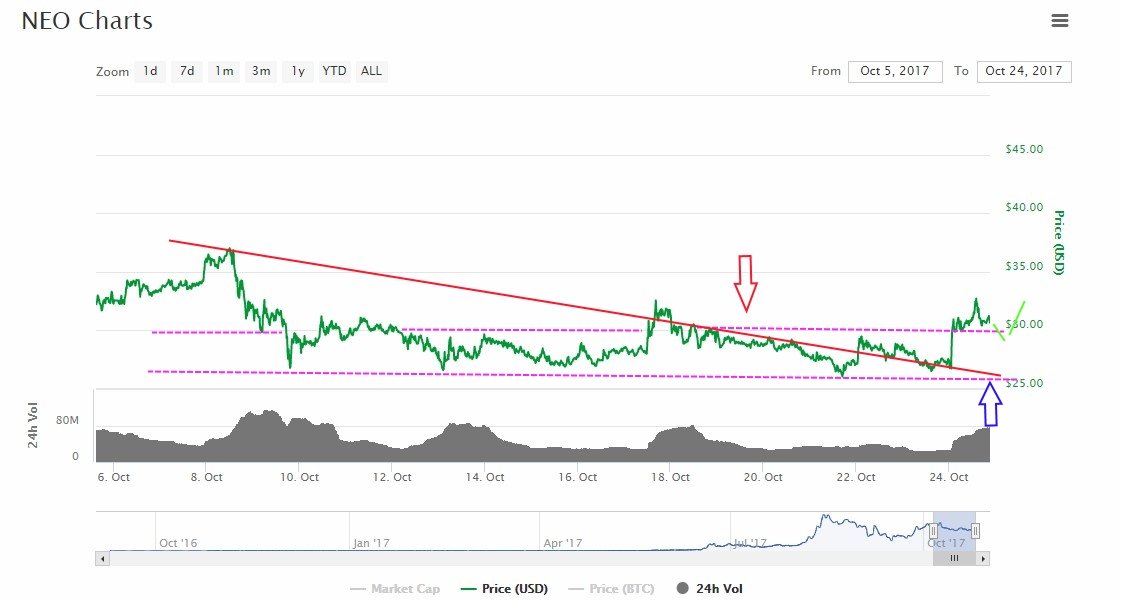 However, this changed today as per the beginning of Tuesday – the pair NEO/USD bounced upwards to $31.30 in a matter of minutes. The event marked a flight over the range bound are and above the almost-monthly long declining pattern that has been formed.

The particular trend line did tank the chart from moving upwards but now [as marked with a blue/indicating arrow] will be acting as a support in case of a sharp drop.

The next move of the value depends if it stays above or below the psychological $30.00 level. The pullback back caused by the surge in the morning is going on right now however NEO is trading steady with no significant drop because of the sellers.

Many cryptocurrency enthusiast and traders are actually confirming that this is the time to shift positioning from ICO investing to altcoin’s as many of the Initial Coin Offerings are turning out to be scams, even the largest and leading ones.

NEO could be a very promising choice with a bright future as various projects are actually on the development based on the blockchain network.