NEO price on Oct 17 flew upwards with 10% gain in only 24-hours. However, NEO/USD is still moving below the monthly long declining trend – will there be a change finally on the market?

NEO Price Analysis – Prediction against the US Dollar

This month did start very well for the ‘Ethereum of China‘ as the price moved up to $38.00 but met sellers which did not let the chart test the major $40.00 level. Since then for a week now, NEO price has hovered just below the $30.00 with supports holding from any great drop. But, on Oct 17 in a matter of hours the pair did jump up to $31.99 according to coinmarketcap.

Despite the increase, NEO price is still moving below the declining trend that has been formed since its all-time high in Aug 14 at $52.63. But, what is very noticeable for any longer term trader, is the new ground formation in which the value is battling its way up.

Mid September, the pair did go through a hurdle with the $20.00 mark, now it was the $30.00 level. The chart is signaling a regular movement upwards as time is passing despite its pullbacks which should be acknowledged by any trader keeping in mind that: any significant gain will be ‘punished’ more or less in value. 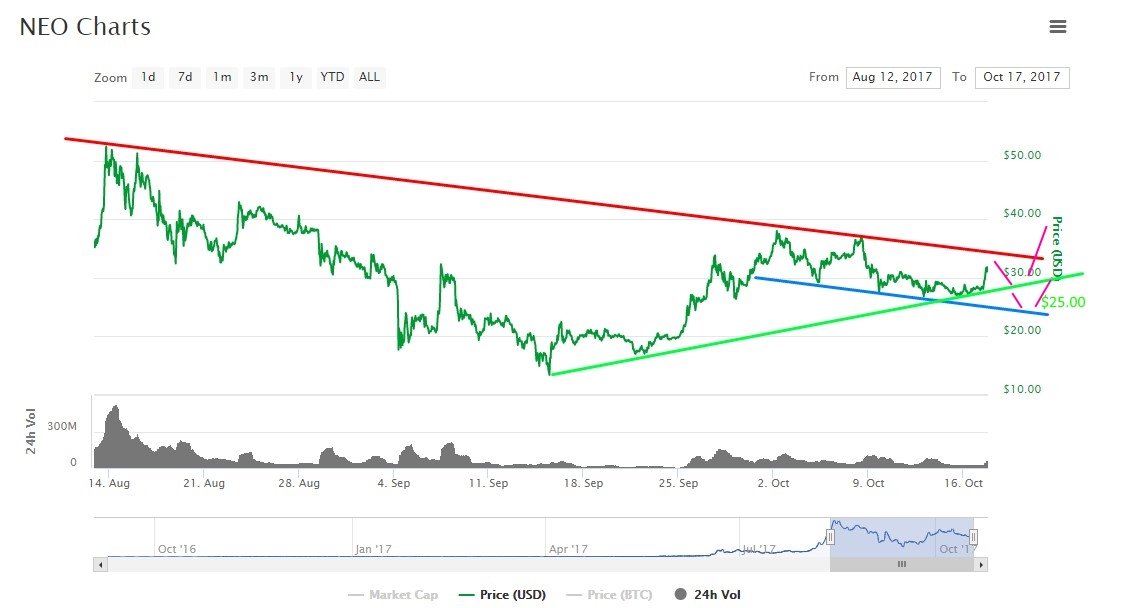 If the support just below $30.00 holds ground, NEO price could retest $32.00 and make it above the declining trend. On the other event, if the value broke below the near term increasing support, it would stop losses possibly around $25.00 for now. [Green increasing supportive line could hold the price up in the first case, or barrier the value in the second] 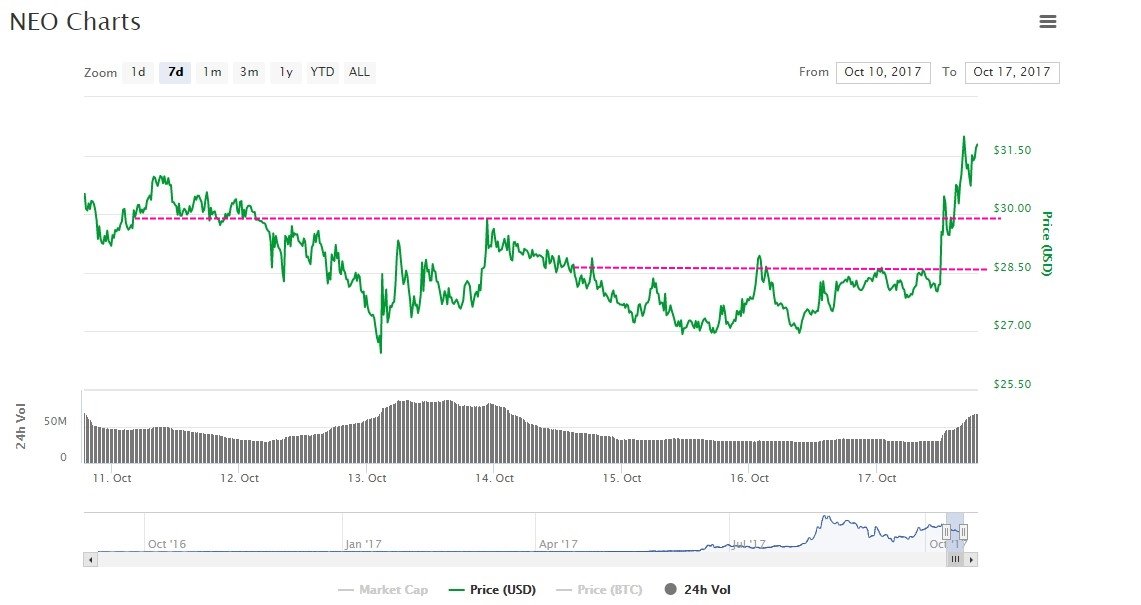