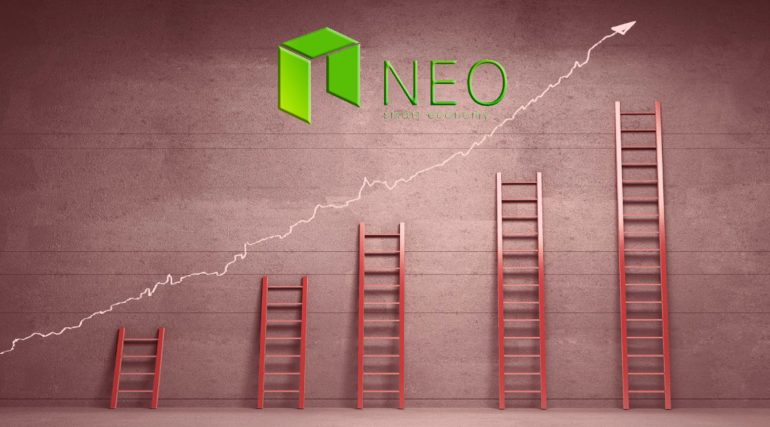 NEO (“Antshares” or even known as China’s Ethereum) is the most successful virtual currency based in China and the first open source blockchain there.

Very alike to Ethereum’s network – NEO uses a general idea of the blockchain and runs smart contracts on it. Smart contracts – Self-automaticaly executable terms of a specific contract.

To begin with, NEO creates a unique digital economy around it’s token. NEO is a full integration of digital assets, digital identity, and smart contracts, creating a fully digitized economy that will be transparent and safe, and make money laundering and underground dealings difficult or impossible. Because of the ability of the new NEO blockchain system, companies and developers will be seeking to use NEO for various applications. The proliferation of smart contracts will make investment on the NEO platform simple and safe.

Unlike Bitcoin, which only allows for the cryptocurrencies and no programming, NEO is very simple to learn and understand (unlike Ethereum), and has the ability to work with nearly every (90%) programming language available. NEO uses compilers compatible with Java, C#, and .NET, and will support Python, Go, and others in the near future.

When it comes to the price development that have taken place now, NEO is on a positive surge reaching for recovery. It has been two weeks since the price dropped to $13.42 while now it is trading at around $32.16 with 10.49% increase in the last 24-hours. 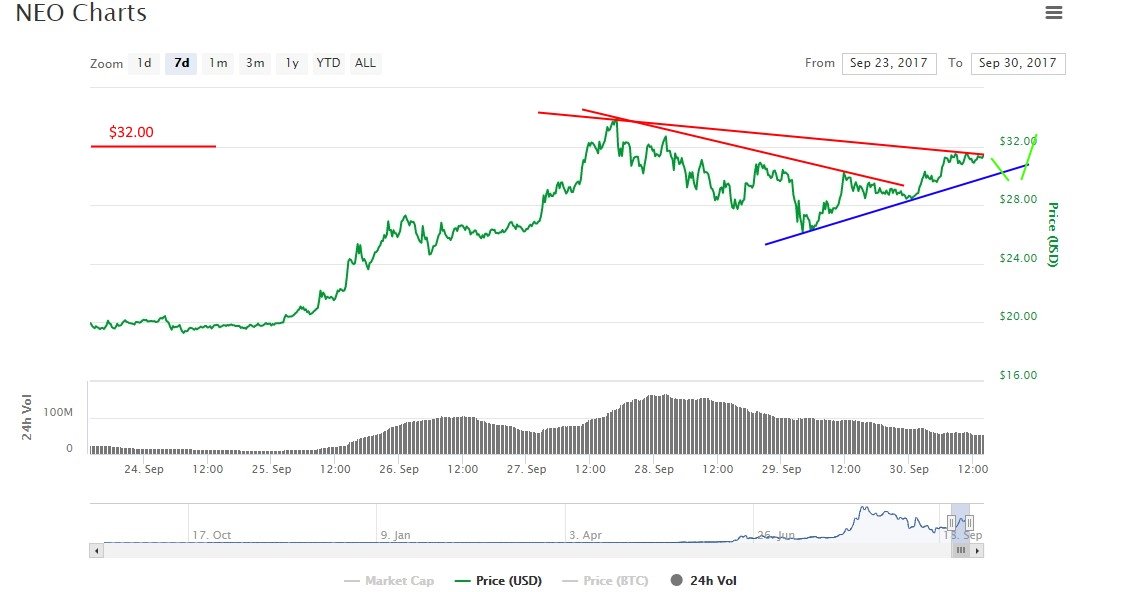 The NEO price surged on Monday after Dutch financial news outlet Het Financieele Dagblad published an interview with NEO founder Da Hongfei. He speculated that a future collaboration between NEO a Gov.

On top of that, the decision that Bitfinex did take for adding NEO on its platform and being able to pair with USD, BTC, and ETH did put a surge of 50% at the beginning of the month rolling. The event would add liquidity for NEO and open the gates for exposure to the major USD market.

NEO now has passed Monero by market capital taking the 9th position with $1.59 bln and a trading volume of $55 mln in the last 24-hours.

Of great importance and note taking before taking any NEO-trading action, is to see if the price creates stable trading ground above the $32.00 level to continue increasing.

The specific level did before act as a support and now as a resisting barrier which needs a successful close above for upward continuation. A change in the price development is at the ‘door-step’ as the closing-triangle pattern is near the above mentioned mark.