NEO Price Fighting To Stabilize Above $100.00: Can NEO/USD Make It

NEO price is putting up quite the fight to overcome its previous record high of $108.50 in a all-red selling day for the crypto-community. Very promising performance for NEO and its stability.

Its a day when new-comers ask for explanation while others welcome the dips in prices as its a good opportunity to buy-in. However, NEO is leading the BTC market with 9.88% in the last 24-hours and 1.63% against the US Dollar. 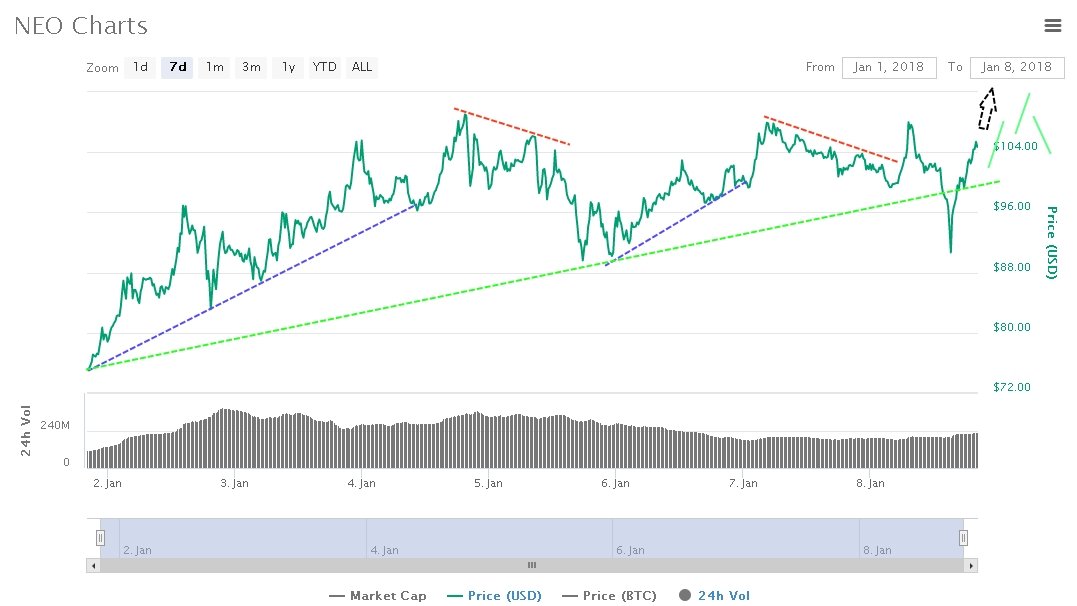 NEO price movement are very three-steps forward and just one back until it forms its new trading ground above the important $100.00 as it seems which is a development very attractive by its enthusiasts hoisting the confidence up around the community. Very crucial supports laying around the $98.00 area which could be a game changer if the pair NEO/USD declines lower than that taking it to the lows of $90-$85. However, bears and bulls are being balanced right now which is signaling [with the weekly supportive trend line] that a retest of its previous high could take place in the very near term. 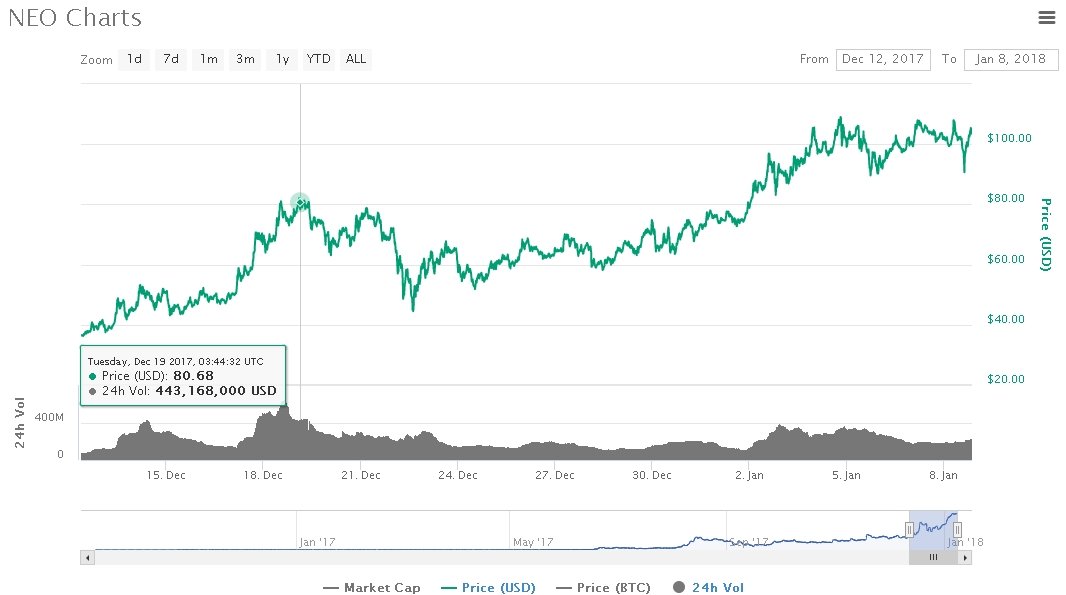 It is very difficult to predict any future movement as spiking increases and decrease are taking place in a matter of minutes while the whole market is on a tiny Monday crash. Despite that, whoever stepped at the time when NEO price was recovering from the $45 dip in Dec 23, should feel very safe as a speedy return in value took place while forming supports along the way.

Very promising coin with an interesting future to look forwards to.