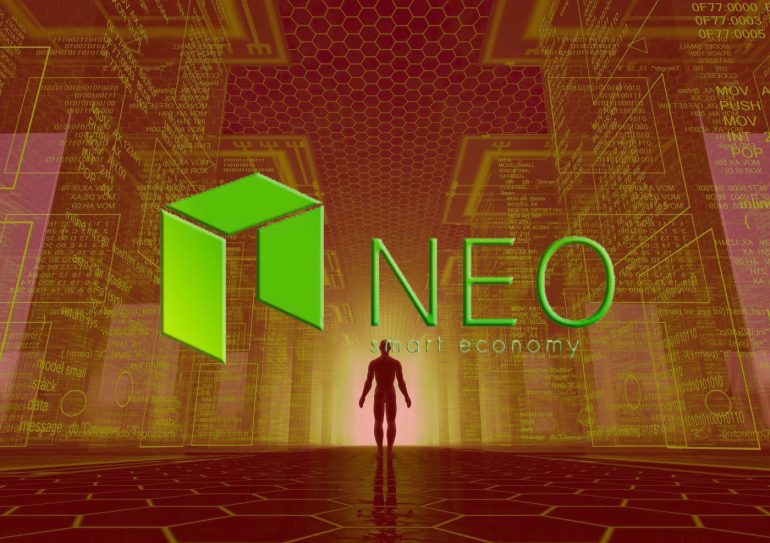 NEO price after forming a new record token value of $53.51 on Dec 14. Following the correction afterwards, the pair NEO/USD is trying to cement its base on a new trading ground.

After five months of gaining and value losses, NEO finally forms a new record territory which is not that far from the previous one – $53.51 [according to coinmarketcap]. 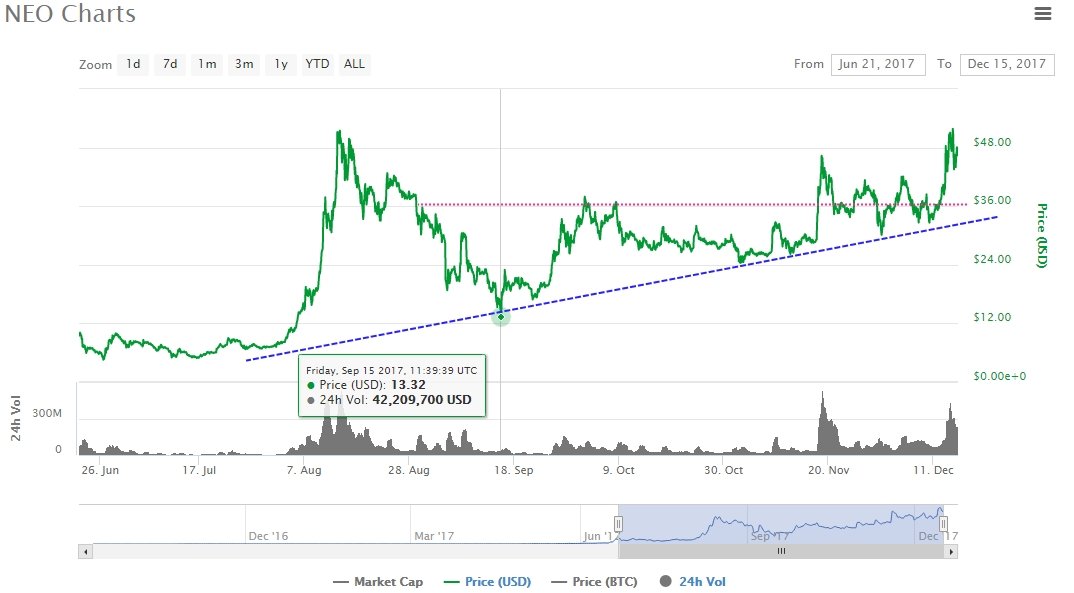 Despite that the difference in gain is only $2.00 USD for the token compared to its last high, the market development for the pair NEO/USD is a long running bullish train forming its way upwards slowly but optimistically.

Major supports wait at $36.00 in case of a near term dip so plan ahead of if you want to step in. 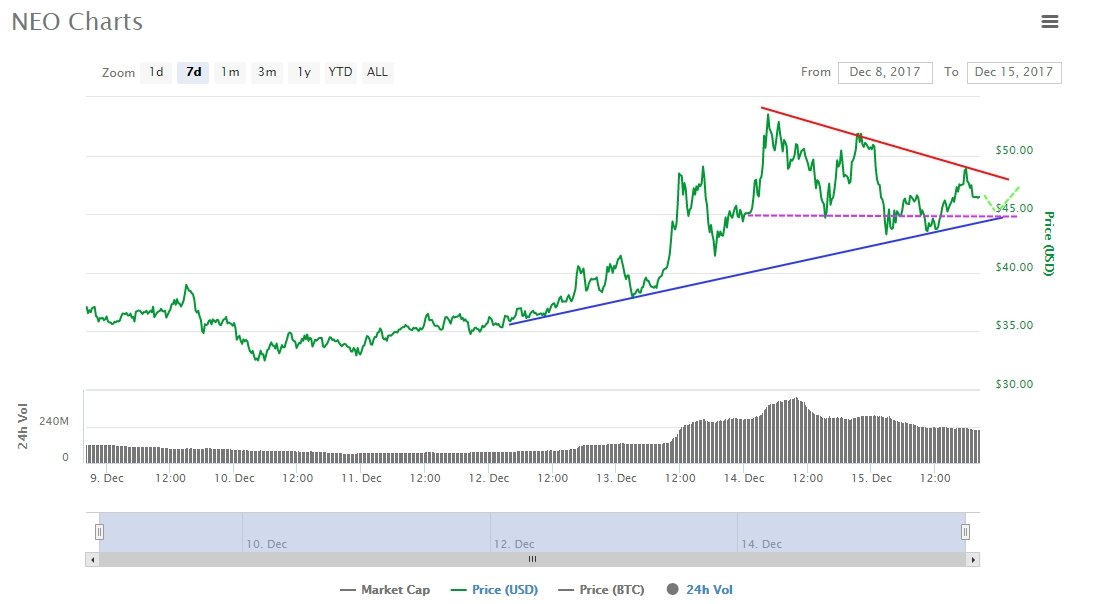 On the near term understanding, NEO price is forming a stabilizing triangle pattern on the hourly chart with its apex around the area above just $45.00. If it dips below $44.00 a return to above mentioned support is awaited.

However, compared to its range bound – the rebranded coin NEO is performing more than just well as just one month ago there was struggle to overcome the $30.00 level while now a new trading ground might be appreciated.

As for its latest development, NEO is partnering up with Blockchain Leaders Coinfirm and QRC to build Smart Economy Ecosystem. Regtech leader Coinfirm announced today it has partnered with the blockchain platform NEO and the specialist venture platform QRC to nurture a compliant blockchain ‘smart economy’, with a particular focus in Asia.

The collaboration launched this week when Coinfirm CEO and Co-Founder Pawel Kuskowski and QRC CEO Adam Vaziri joined the NEO team at NEO’s blockchain competition kick off event in Tokyo. The three entities, who share a common interest in fostering compliance, will join forces in a program that will help spur development on the NEO blockchain — a pillar in the Chinese blockchain community.

It is of much importance for a coin like NEO to continue on expanding and reaching out for development as its success is very much based and supported on its achievements as a technology being very flexible and the news that are shared.