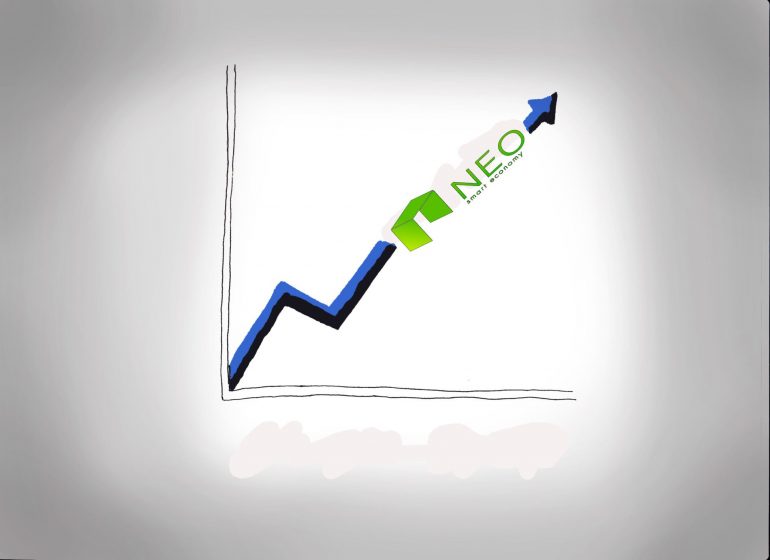 NEO is performing very impressive mid-weekend as it leads the market with its recovery rally.  Will it fall back or find an appreciative standpoint?

NEO and its Unique Market Development 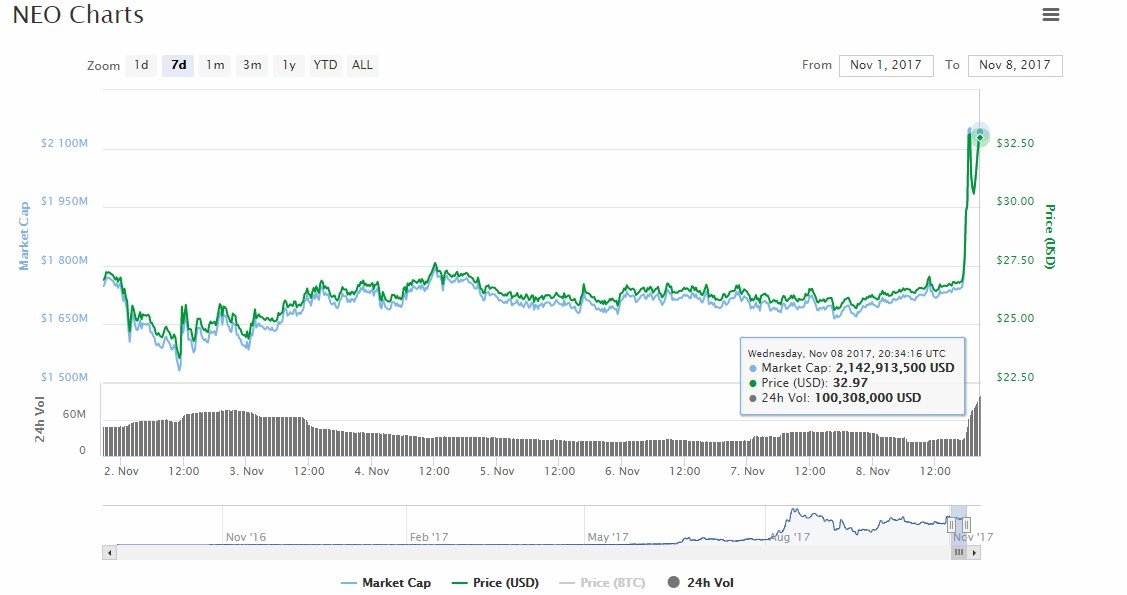 The so-called [in the past] Ethereum of China [as it does run smart contracts even developed on traditional programming languages] has the highest increase in the top ten cryptocurrency list by market capitalization for the last day – almost 23.00 percent over the Dollar so establishing a well deserved 7th place.

Bittrex is leading out of the exchange markets with 38.22 percent for trading volume in the last 24-hours, pairing NEO with BTC. Followed by Binance, Bitfinex and so on.

Its marketing strategy since its rebranding was very interesting to put an eye on as the formerly known ‘Antshares’ made its way slowly but in a stable manner on the leading cryptocurrency room, making a name for itself with many promising projects and enthusiast that believe strongly on the asset and virtual coin.

Look-out if the price can hold above the $30.00 as in the case of a pull-back below the particular level, the price will return to the range bound most likely – on the other hand the surge has an opening to go on up until $33.00 – $35.00 where major struggle awaits to be breached.