NEO Price Rampaging: Make Way for the Much Beloved Coin

NEO price just broke another record mark reaching over $170.00. Will there be a pullback or is this just the beginning?

As predicted by our team on the previous NEO related writing [NEO Set to Break Record], its hasty recovery vibe is what makes NEO’s chart very interesting to follow and full of promises when it comes to token value gaining. Like previously, the pair NEO/USD upon facing offers dipped towards the $100.00, but buyers stepped in and did not want this opportunity to go away [take notes for any want-to-be investors for buying in on lows and on highs holding or for any near term gain – sell on dividing partially your share while keeping a part which could secure more profit later on on mid or long term understanding]. 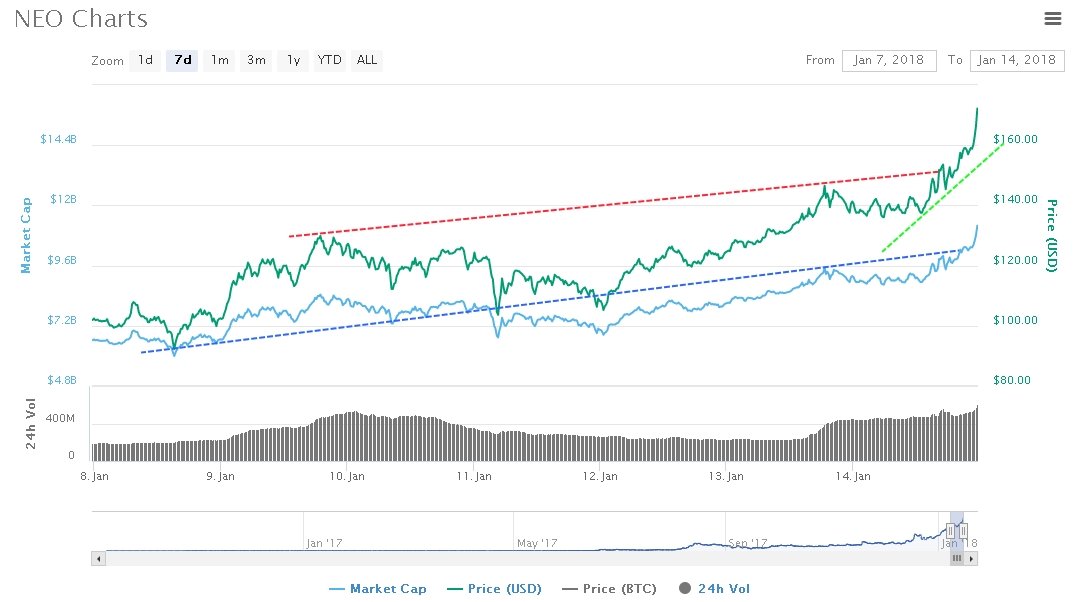 At around 17:00 UTC today, NEO price broke above the resistance trend line formed on the hourly value development chart opened gates for more gain. This brought us to the time of writing as the pair NEO against the US Dollar is trading around $173.52 with 25 percent gain in the last 24-hours. If the price does step back on the very near term, the $160.00 area could withstand sellers and act as a stabilization platform after such a market domination. But, in the event of clearing the above mentioned support a continuation even lower to the mark of $145.00 could be the case. For anybody that stepped in just a week ago [not even starting to talk about a month] you could feel safe.

The technology and team development [while expanding with partnerships] has attracted many investors and made quite an explosion around social media and the crypto-community in general. Good days are ahead for any NEO enthusiasts as it seems.

Trade safely and do no overtrade – Support Cryptos!