NEO Price Storms Upwards: The Coin and What Stands Behind the Climb 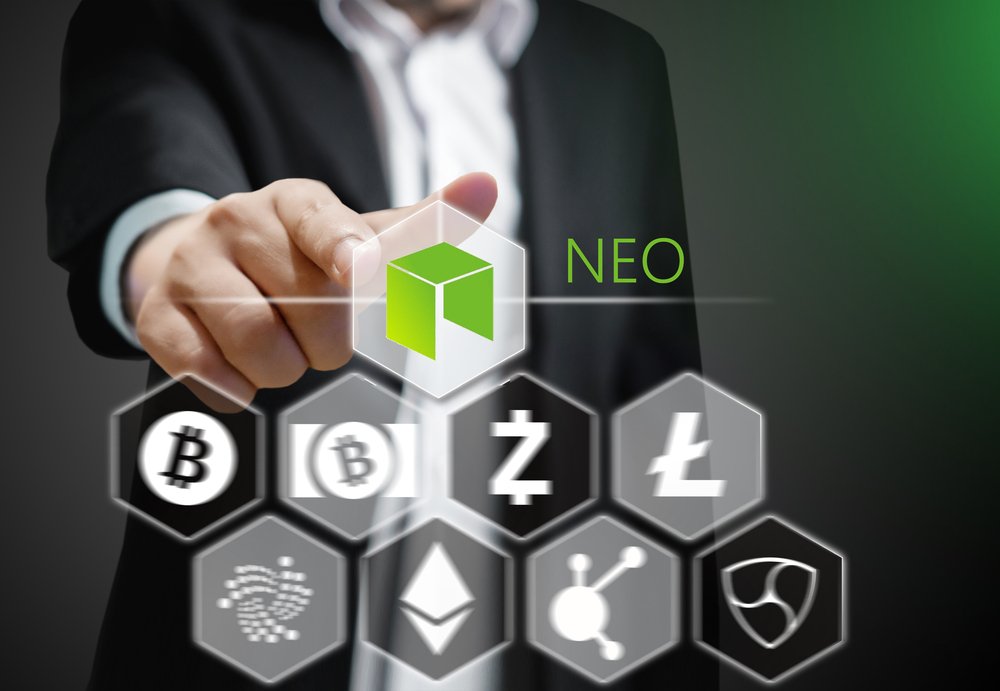 Its a very beautiful start of the week, with almost all-cryptos recovering and rallying after experiencing violent sell-off during the past week. However, one strong competitor is standing far above others: NEO. 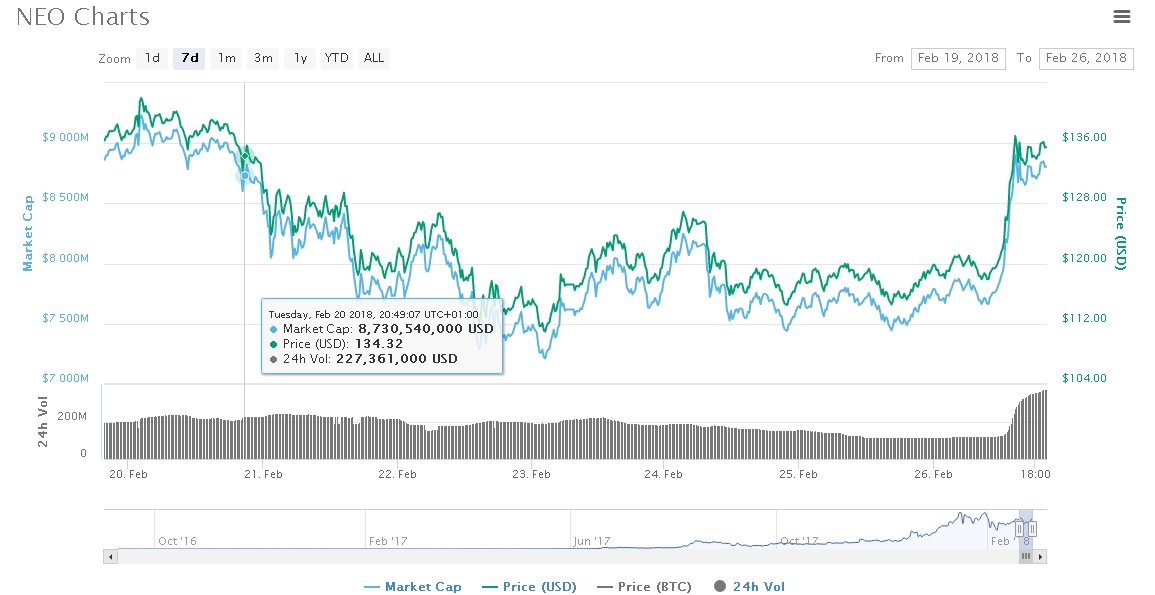 The idea and technology behind the coin is in many ways similar to that of Ethereum than Bitcoin or any other leading coin. The crystal clear target is to form a smart economy which is supported by the decentralized network made of block-contracts. From that we [crypto-enthusiasts] can conclude that the digital currency is not aiming to take the place of traditional currencies but to improve and step-up the way how money flows through the global economy. Behind all stand smart contracts which give the opportunity to individuals to develop apps with instant support of the above mentioned digital contracts and the coin itself.

Smart contracts are protocols that are made with the intention for verifying if certain requirements are met for transactions to be set on status-completed. So they allow the performance of credible transactions without third parties. These transactions are trackable and irreversible.

That is what makes NEO very different from the leading coin by market capitalization as the latter one does only have a receive or send service. Many argue that NEO is more centralized than the mentioned coins as it was developed by a Chinese team for the Chinese market. However, the Da Hongfei [the founder] hopes to change it into a more distributed model someday soon. For now, a more close-knit operation lets NEO process transactions very quickly without opening security holes.

In the cryptocurrency market [especially now] the number of factors and signals which could have an impact in the value of a specific coin is very high and dramatic to follow. One that could have lifted the price of NEO against the US Dollar today might be the very excellent grade level which the Weiss Ratings [investment ratings bureau] gave for NEO. The company is leveling out and grading lets say everything from various financial services to insurance plans for over 40 years.

On its previous and rating [end of Jan], NEO received a strong B- as Bitoin got a C+ while Ethereum a B. However, in the last announcement the grading firm rewarded NEO with a record A- [going over B+ never happened before].

The very respectable grade for NEO comes from the terms of being high-quality in functioning and operation, lower risk and stable in the long-term for which bitcoin was given out the lower grade for the reason of high speculation risks and less advanced tech.

And that is not all, after planning out and launching the Valid project, Procivis AG wants to grasp a higher ground of personal information management with the help of the NEO platform. Right now, it has been declared that the digital identity layer of NEO [NEOID] will be implanted on the platform, to develop VALID’s agnostic e-identity layer while a major investor in VALID it is announced NEO Council to be.

“We believe that blockchain-enabled digital identity solutions need to become a public utility in the future. The underlying infrastructure needs to be able to handle an extensive number of transactions in a cost-efficient way and NEO is already achieving this. However, we need to build a standard that allows projects such as VALID to integrate easily with NEO. Therefore, we look forward to collaborating with the NEO community to establish a respective NEP standard.”

Another positive influence in the confidence of the NEO community and enthusiasts is the fact that traders and crypto-investors who are holding NEO in their wallet will be getting grasp of free ONT [Ontology] tokens as the NEO Council declared that it would hand out 20 millions of them. The NEO Council is in fact distributing ONT tokens received as a donation from the Ontology team, and for each NEO a person holds, they will receive 0.2 ONT, 0.1 of which will be available immediately while the other half will be locked until the Ontology MainNet goes live.

Keeping everything above in mind and doing your own research, there is a high recommendation percentage on trading NEO these days as it is looking very promising. However, trade safely and do not overtrade!