Every weekend for quite some time now looks more beautiful than the other in the crypto-space. A token value explosion has taken place for the NEO blockchain as it just topped a new all-time high of $65.00 according to coinmarketcap. [per time of the press – $68.05]. 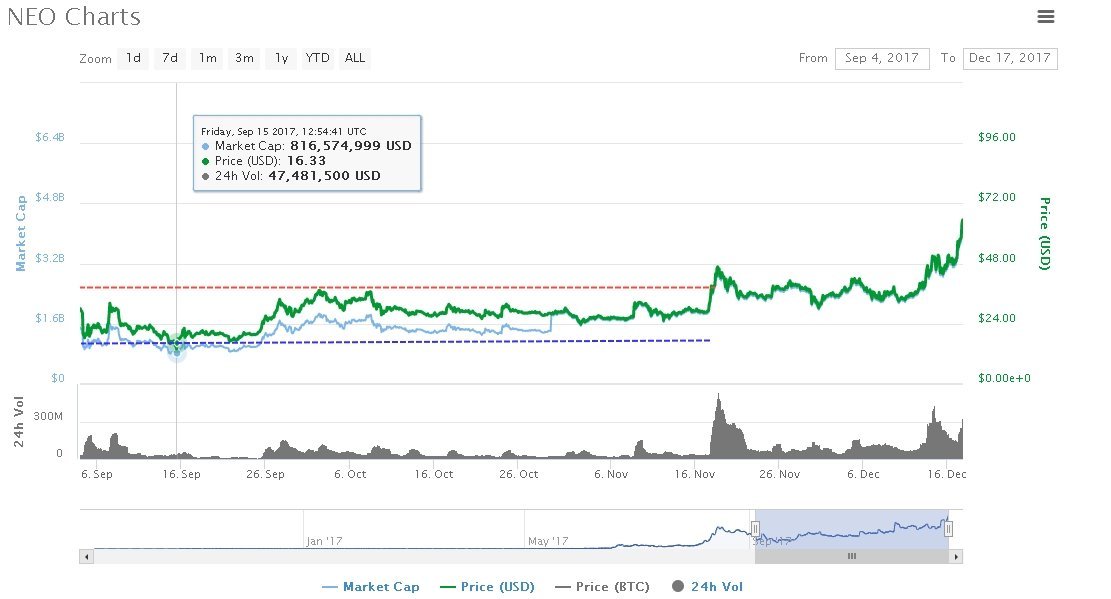 The bordered area was a ranging zone going on since Sep – until Nov for the pair NEO/USD as a not recommended token to be betting on. Keeping in mind that the middle hovering chart is in no place to put any prediction on it.

However, with the market explosion throughout the latest weeks, the most famous once were hit by a gaining bus as new investors were flooding in and confidence rose for the crypto-ecosystem with Bitcoin and altcoins breaking records. 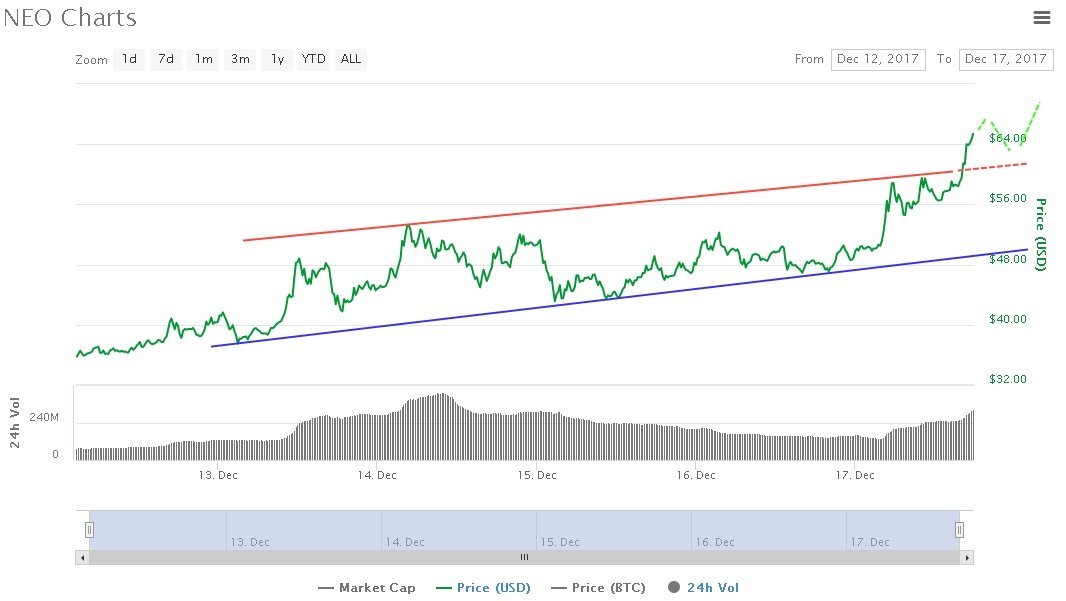 As the bullish trendline is existent in a monthly manner, any correction by the major over-price-extension will not be that significant for any earlier trader [around $35.00 or below]. So, any pullback will be slight in the general understanding while a new higher trading ground will be appreciated and formed.

By market capitalization, NEO is very close pass Stellar and Bitcoin Gold which are just below $5 billion. As for its latest development, NEO is partnering up with Blockchain Leaders Coinfirm and QRC to build Smart Economy Ecosystem. Regtech leader Coinfirm announced today it has partnered with the blockchain platform NEO and the specialist venture platform QRC to nurture a compliant blockchain ‘smart economy’, with a particular focus in Asia. During the NEO’s blockchain competition kick off event in Tokyo, the collaboration launched when Coinfirm CEO and Co-founder Pawel Kuskowski and QRC CEO adam Vaziri Joined the NEO Team.

The three entities, who share a common interest in fostering compliance, will join forces in a program that will help spur development on the NEO blockchain — a pillar in the Chinese blockchain community.