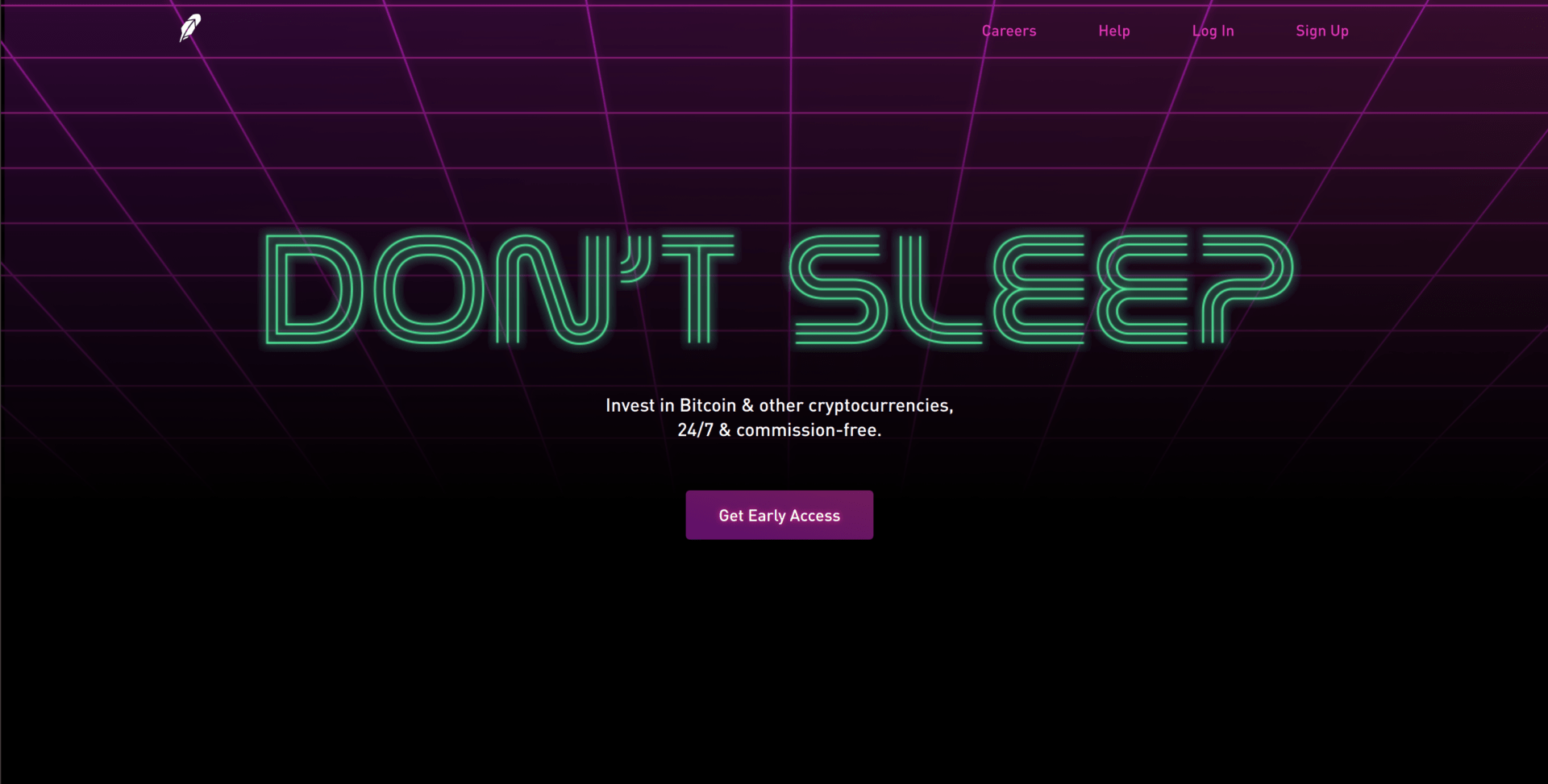 More than one million people have signed up for early access to Robinhood Crypto just five days after it announced it would be offering zero-commission stock trading in digital currencies.

Last week, it was reported that stock trading app Robinhood – which has a user base of three million customers who can trade stocks through their smartphones for free – was jumping into the world of cryptocurrencies. Starting in February, investors will have the opportunity to trade 24/7 on its app with no additional fees. Users will be able to view 16 different digital currencies including Bitcoin, Ethereum, Bitcoin Cash, Litecoin, Ripple, Ethereum Classic, zcash, Monero, Dash, Stellar, Qtum, Bitcoin Gold, OmiseGo, NEO, Lisk, and Dogecoin.

However, while the service will initially only be available in five states: California, Massachusetts, Missouri, Montana, and New Hampshire, that hasn’t stemmed the tide of interest.

Since the announcement the number of people that have signed up for early access to the platform has jumped from the hundreds of thousands to over one million people.

Despite a downturn in market prices and the recent hack at Japanese digital currency exchange Coincheck interest remains in the crypto market. Bitcoin saw its price soar last year from $1,000 in January to within touching distance of $20,000 at the end of 2017 due to heightened demand from investors. However, the start of 2018 has proven to be a difficult time for cryptocurrencies, with bitcoin losing half of its value.

Yet, in an interview with Business Insider, Baiju Bhatt, Robinhood co-founder, said:

“Crypto is going to change the world and we want to help drive that.”

Robinhood is expected to roll out the option gradually to the five states with the intention of having it available to customers by the middle of the year. This, however, won’t be easy. Coinbase, one of the largest cryptocurrency exchanges, suffered from slow trading as demand for the digital coins rose. Additionally, Coinbase experienced a surge in customer complaints last year as well.

According to Bart Stephens, Blockchain Capital co-founder, ‘what Robinhood’s going to find quickly is they’re going to jump right into the same growing pains that Coinbase has,’ reports CNBC.

However, with one in three millennials reportedly preferring bitcoin to stocks, and Robinhood claiming that 78 percent of its users fall into the 18-to-35 age category, Vlad Tenev, co-founder of Robinhood, appears confident that they can handle customer demand.