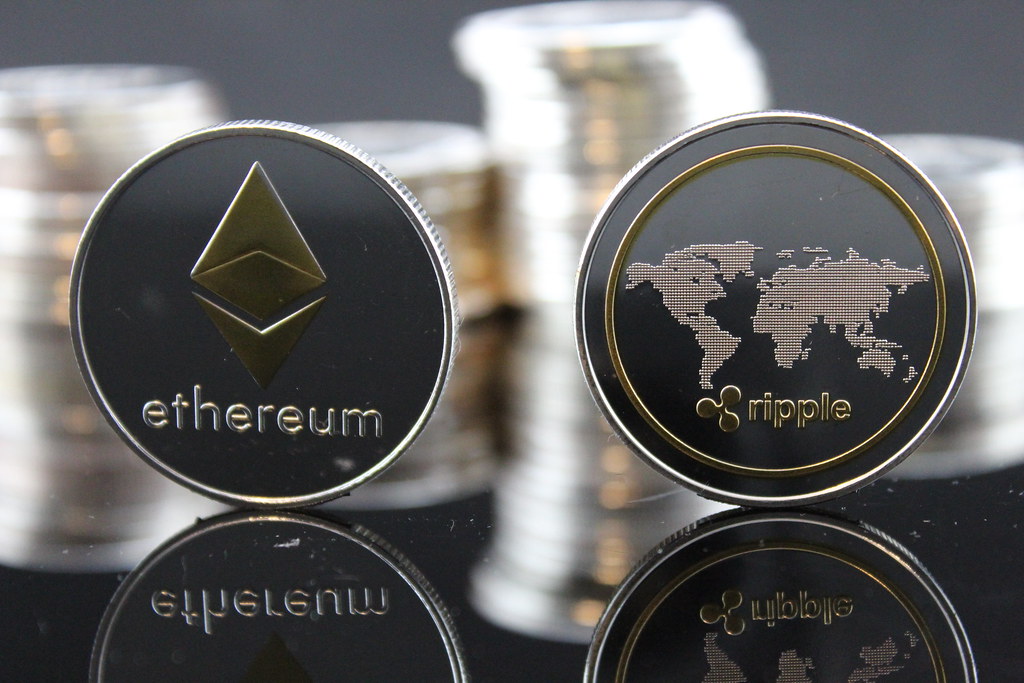 Poll: Traders Would Rather Long Ethereum (ETH) Than Ripple (XRP)

It’s always a battle for dominance. Bitcoin is the lead commanding 56.9 percent of the total market share while Ethereum (ETH) follows closely at 10.9 percent as Ripple (XRP) trails with a share of 6.82 percent. Because of this, it appears that crypto traders–were they to invest in any liquid altcoin, would over and above everything settle for Ethereum (ETH) over Ripple (XRP).

But there is nothing to take away from Ripple. After a five-month lull, XRP is one of the top performing digital assets in the top-10, competing with the likes of Ethereum and Stellar Lumens. Although banks are yet to fully embrace Ripple’s xRapid, of the three key solutions fronted by Ripple Inc, most financial institutions are choosing xCurrent which has an option of allowing automatic upgrade to version—4, which is again subject to a technical adjustment in the bank’s hardware. But even so, XRP is striving and the recent decision of Coinbase pro to allow XRP trading in the stringent state of New York is massive for the coin. Regardless, investors still prefer Ethereum over XRP.

A poll conducted on Twitter by Blues, a cryptocurrency trader, showed that people will settle for ETH over XRP as a long-term investment asset. Blues tweeted that “If we were to enter an altcoin season, which coin would you long/buy first?”

From 3,310 votes, ETH led the way with 40 percent of the votes while XRP came at second place with 33 percent. Meanwhile, BCH garnered only 4 percent while others took the remaining 23 percent.

For a while now, Ethereum continues to be the second most valuable coin behind Bitcoin. However, due to challenges facing the network such as scalability, its position is being challenged by the likes of XRP, EOS, and others.

Even so, it is what Ethereum represents, the believe that investors and traders have on the coin that makes it a choice for many even with what Ripple Inc and XRP promise to do. With market bottoming up and altcoins beginning to decouple from Bitcoin, it appears that capital would flow to Ethereum (ETH) pumping prices towards $400 and even $450 in days or weeks ahead.

Most likely, Ethereum superiority could be tied to development towards Serenity. Presently, Ethereum developers are working towards upgrading and migrating the current source code from a proof-of-work consensus algorithm which is limiting, prone to centralization and is energy inefficient to a proof-of-stake model while at the same time dealing with scalability where several options including Casper is on the table.

Ethereum 2.0 blockchain while boosting the system’s scalability will also introduce staking to the network, making it even more attractive to cryptocurrency enthusiasts. In addition to that, the United States Securities and Exchange Commission has come out several times to say that Ethereum is not regarded as a security.

However, the status of XRP hasn’t been made clear by the agency making it a gray area for investors willing to put their money on the third most liquid assets which some critics say is a an airdrop, unnecessary but still a useful liquidity tool for the network. While Ripple has come out to say it doesn’t control XRP, the SEC is keeping mum preventing adoption of xRapid by some payment processors until when there is clarification. Besides, their silence is also slowing down investment.

Cumulatively, all these factors could have been vital in convincing a higher percentage of investors that Ethereum has better chances of recording massive gains during an altcoin season.