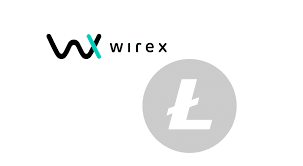 Even though Litecoin-Wirex Debit Card launch had been announced earlier, the proper unveiling was still stunning, outstanding and mind blowing. Prior, the yesterday released debit card that featured both company had risen curiosity and thirst from people who want to experience the latest development.

April 25 marked the official release of the long waited new Litecoin wallet on Wirex which also featured the release of a Visa debit card. Wirex, in a Tweet retweeted by Charlie Lee made this known, stating that:

“Litecoin wallets have landed Verified users around the can now buy, trade & spend #LTC Full product features, benefits, and how to get your hot little hands on one”

The major provider of Cryptocurrency wallet, Wirex, on its website stated that it had chosen Litecoin over Bitcoin for some reasons.

“It’s faster than Bitcoin, has lower blockchain fees and may become a global payment option available on dozens of big brand websites in coming months”.

Potential In The Debits Card.

A new development should means the introduction of new things, providing the populace with new features.

As Litecoin seems to outstand others in becoming the “first of several altcoin currencies available on the Wirex platform”, the integrated LTC wallet and the debit card have been decorated with number of features that make transactions easier for users. The new development will grant users the following opportunity:

What The Latest Development Means To Litecoin.

Litecoin has been ranked popular above several other altcoins that are above it in the table, among which Ripple lies, but people are still skeptical about the authenticity and possibility of such claims.

The new developments that are trooping in from the altcoin seem to be clarifying people’s doubt. Recently, Litecoin was added to TenX exchange platform and a debit was also proposed for launching in both company name.

Litecoin, the altcoin tagged to be proficient in daily transitions, is living up to its billings by getting listed on renowned exchange platforms, which will give it more visibility and usability around the world.